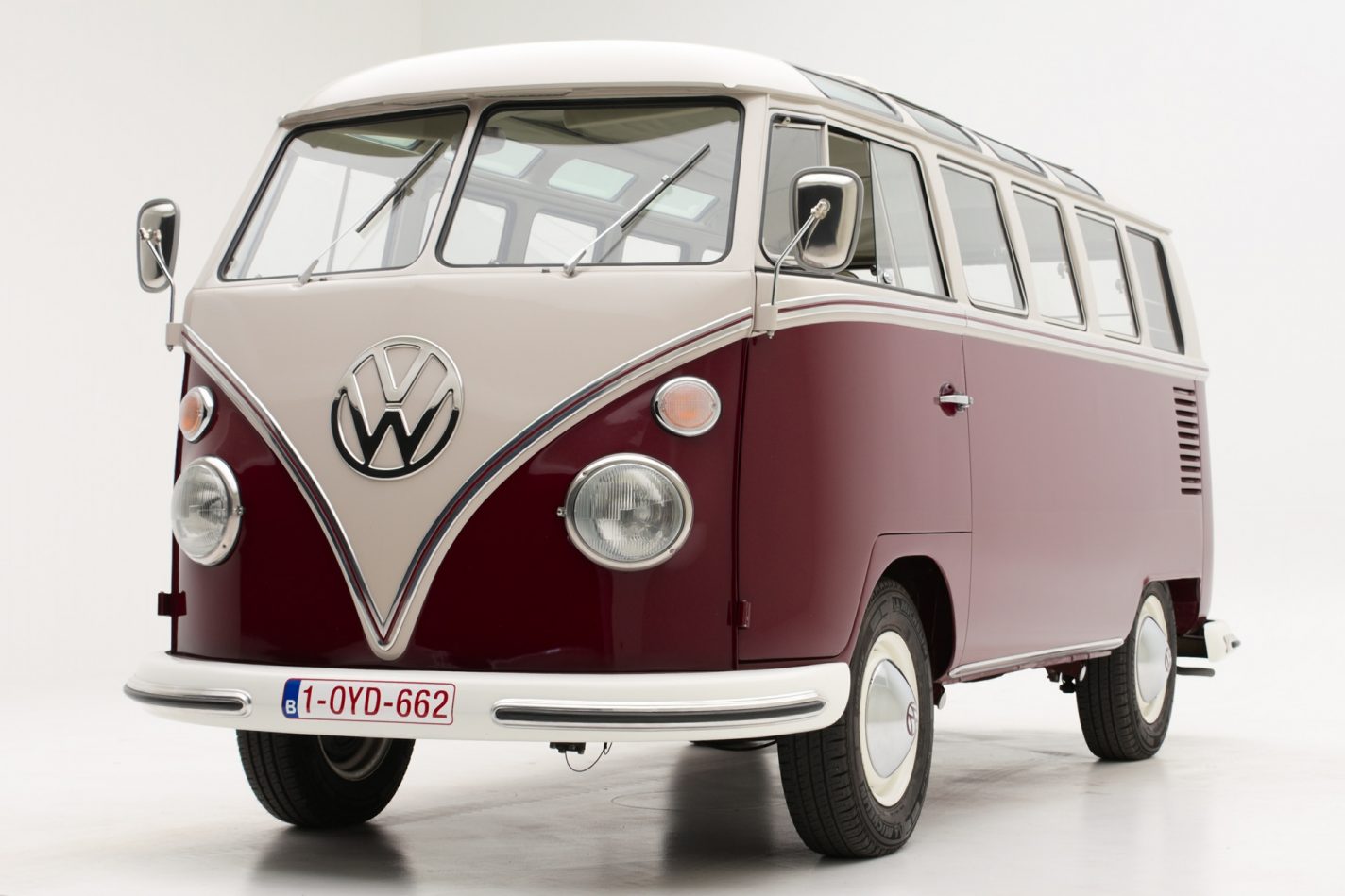 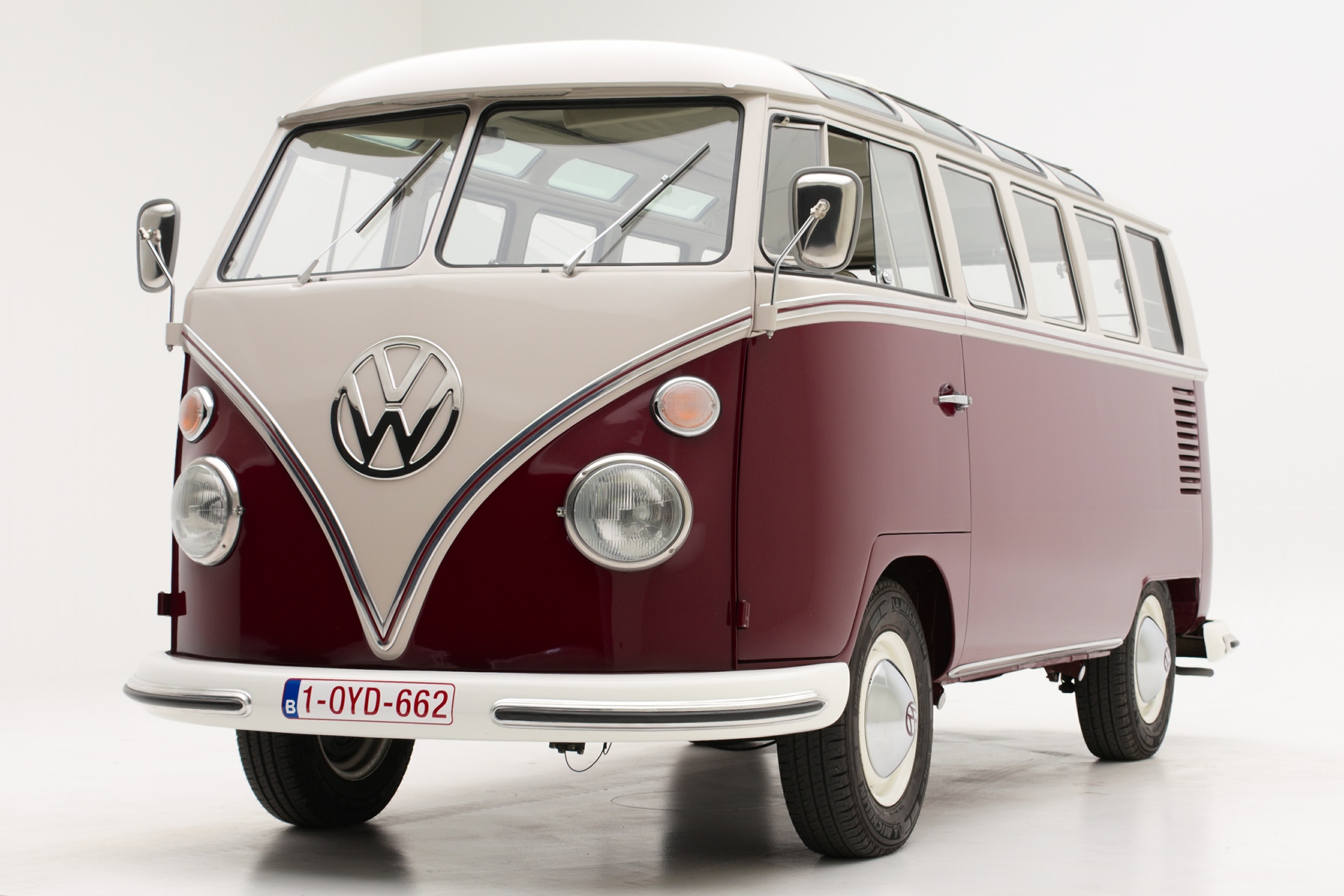 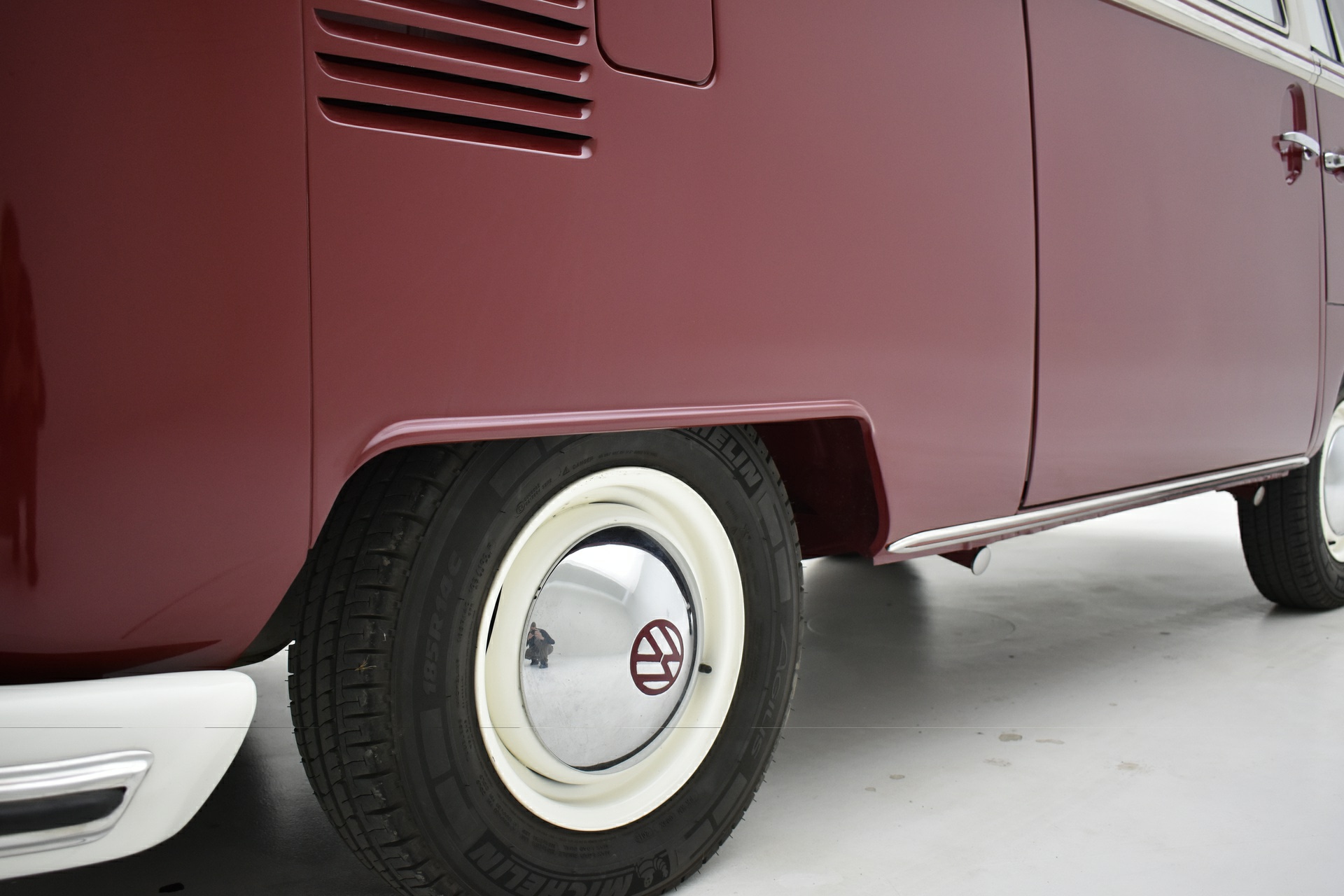 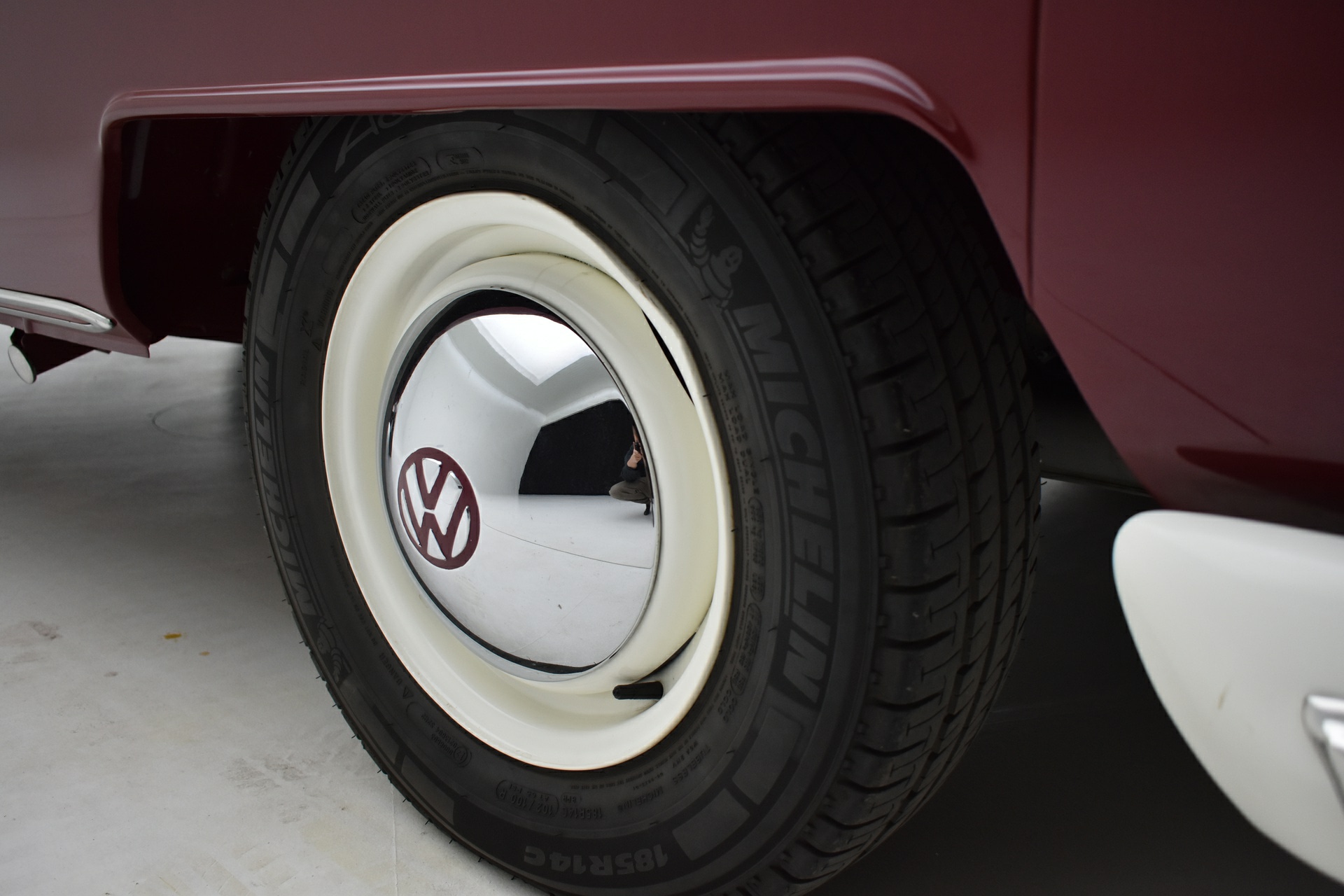 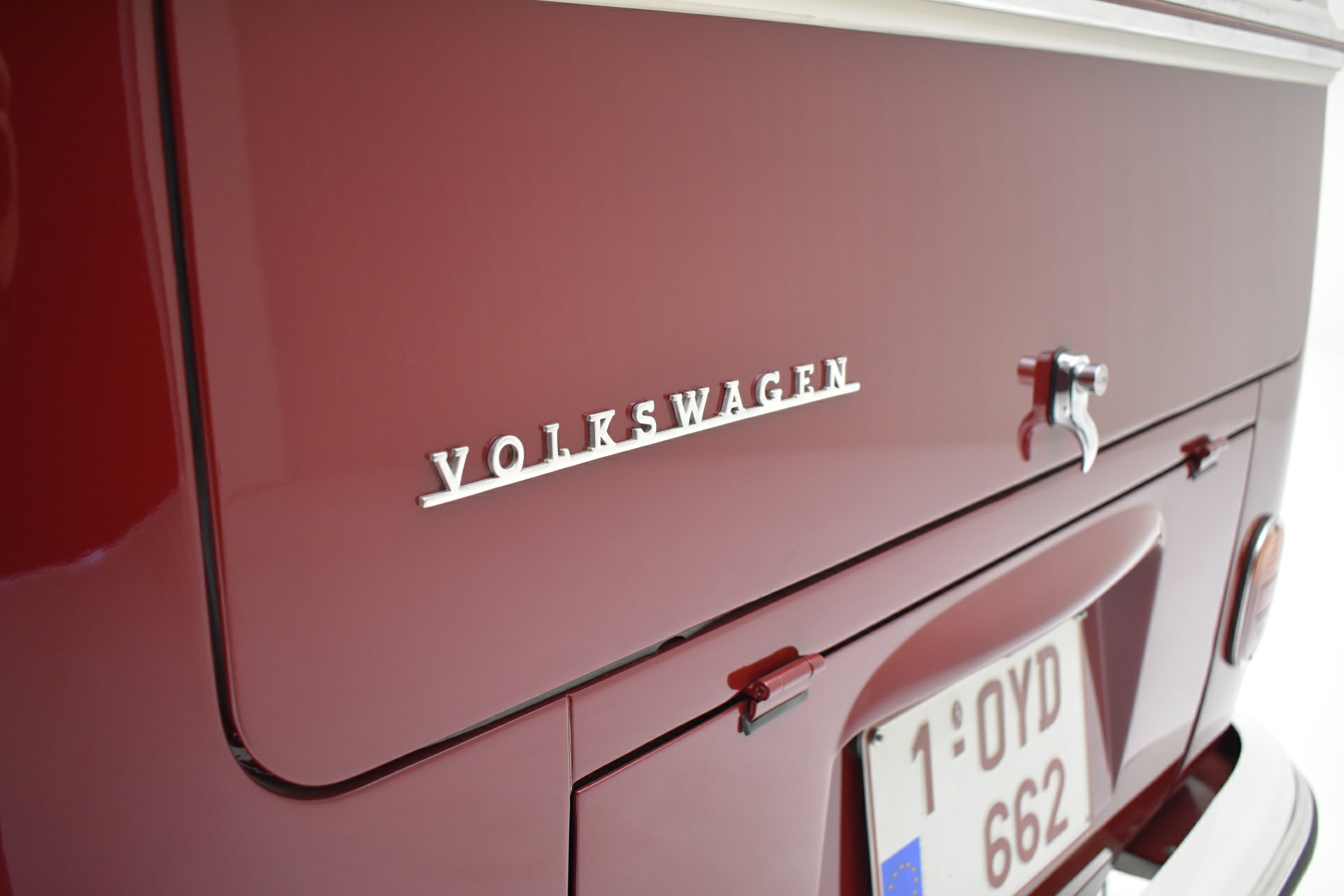 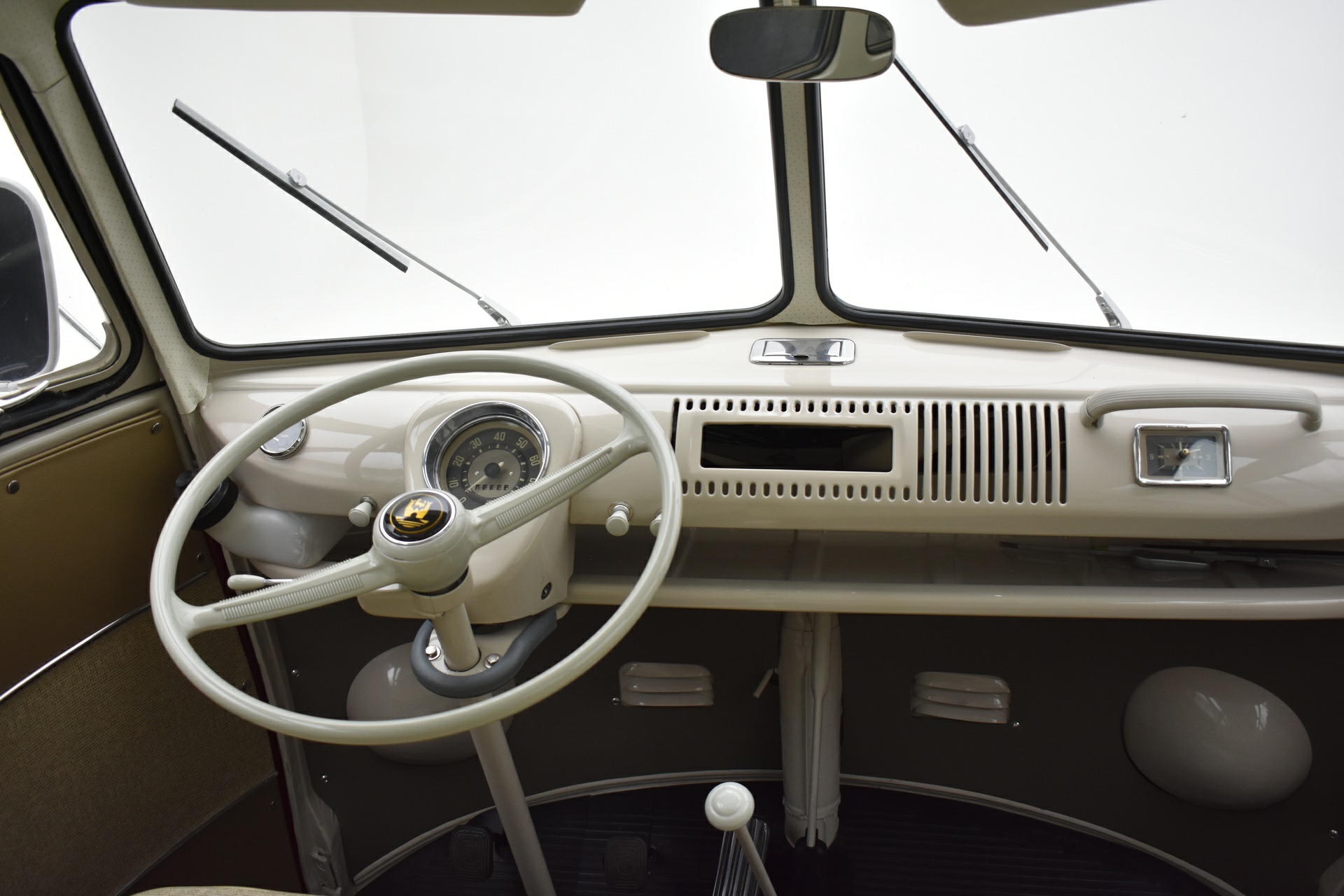 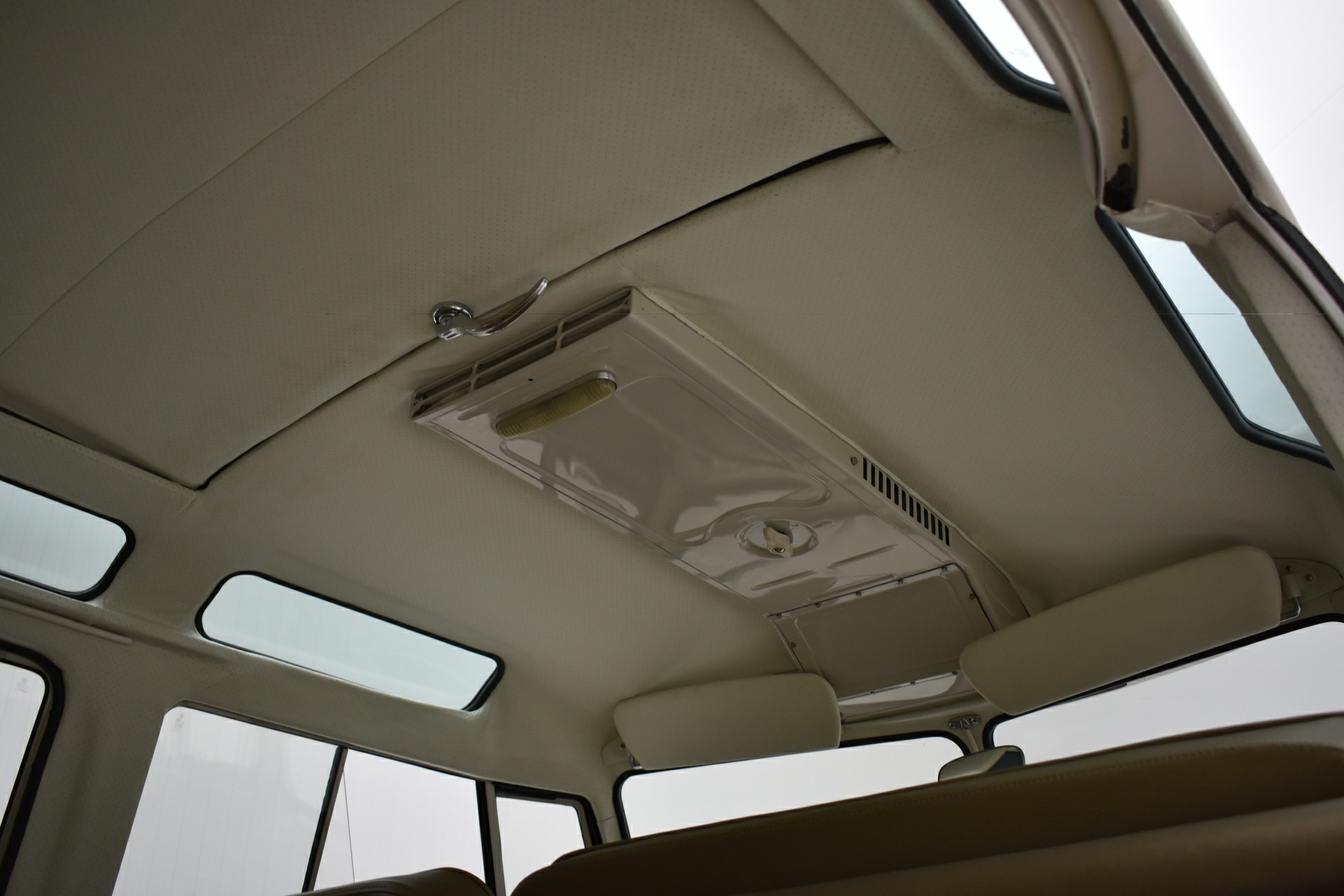 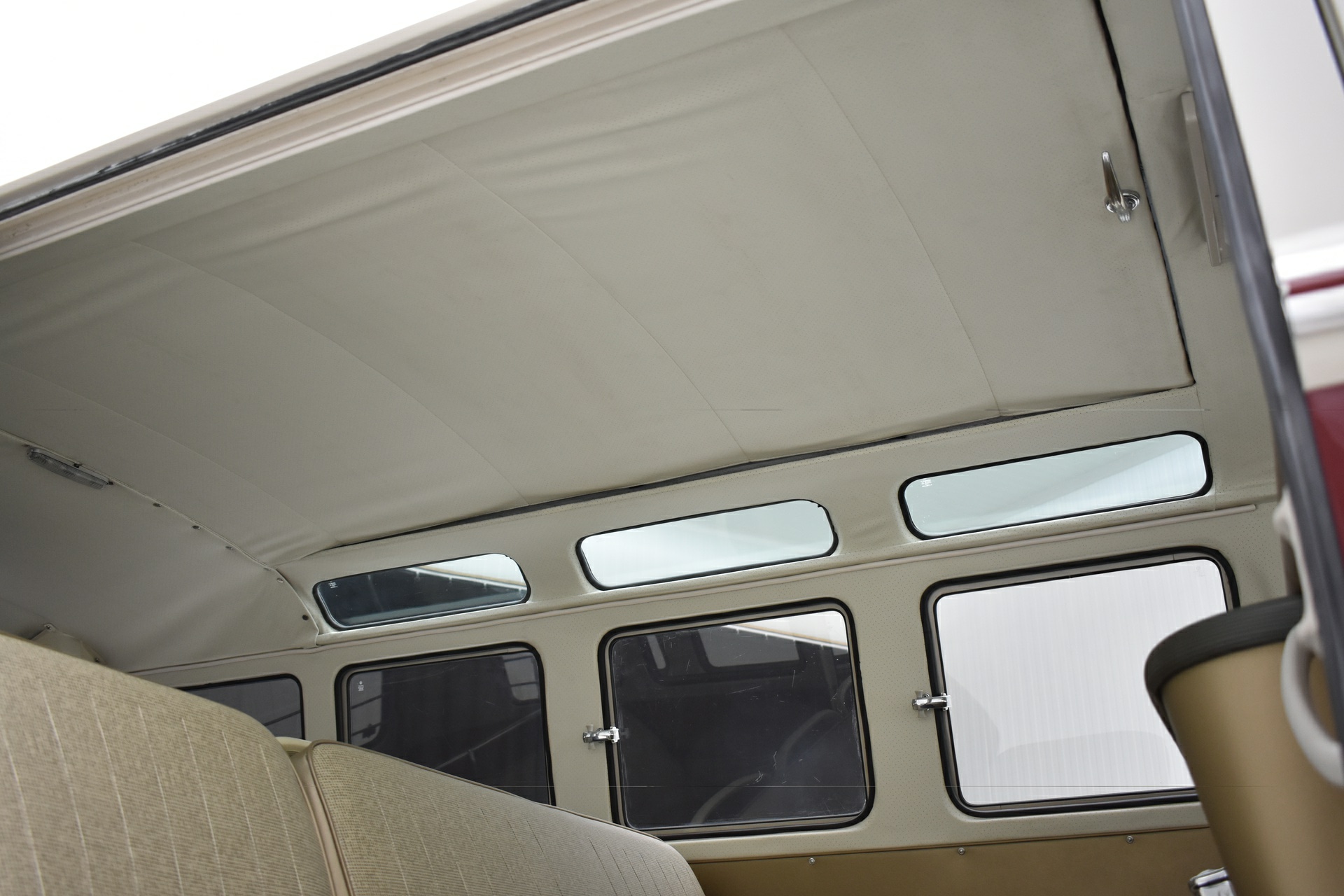 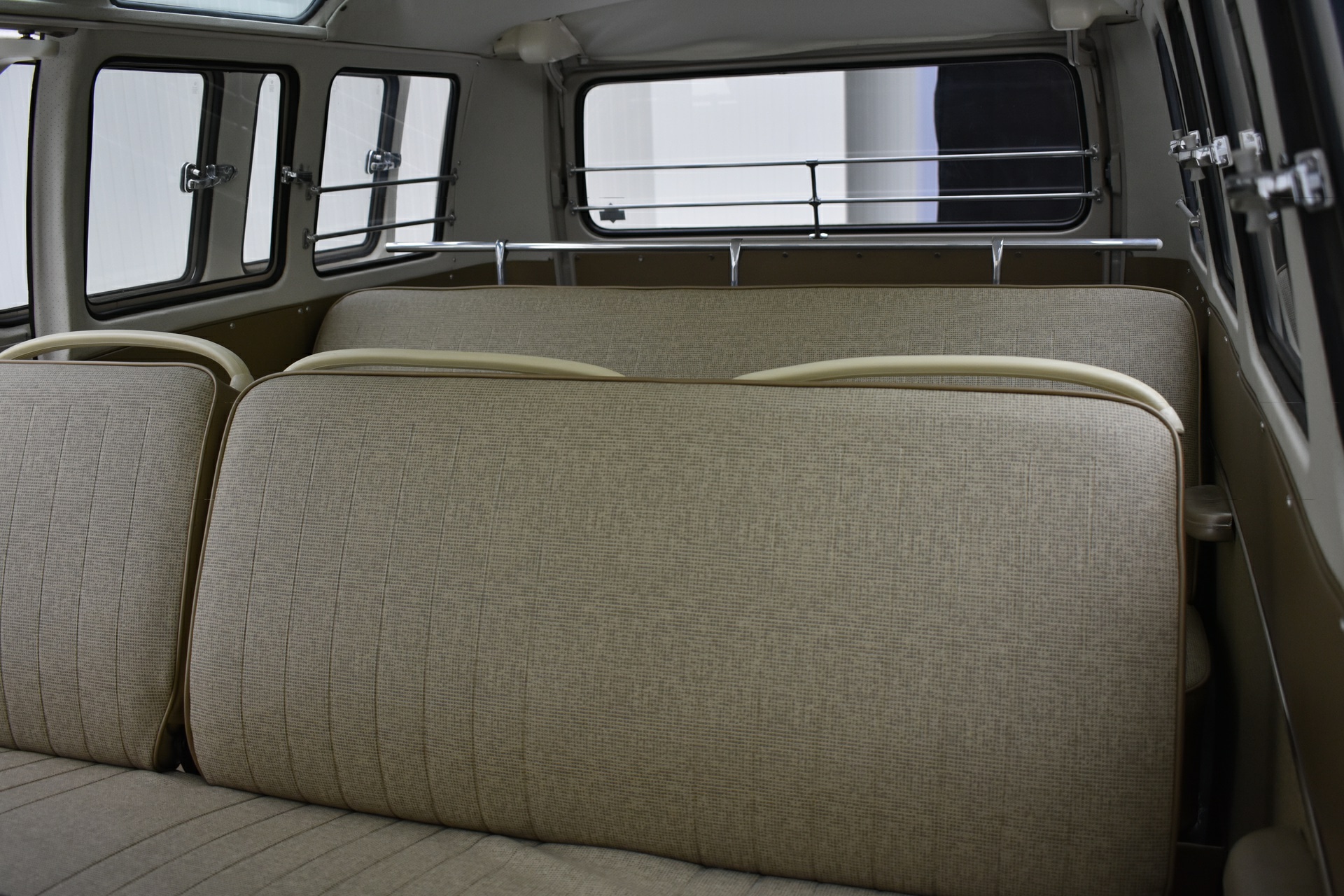 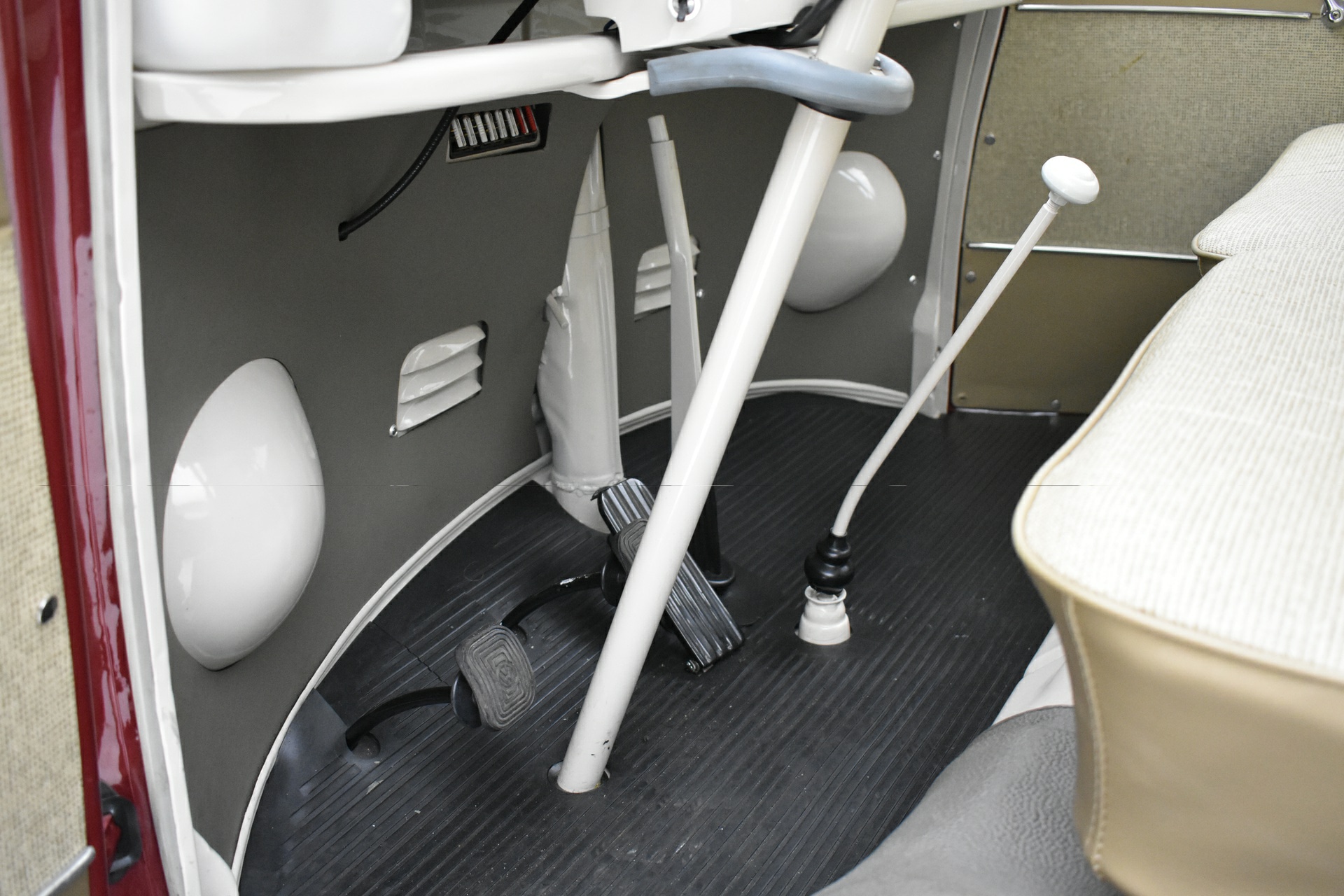 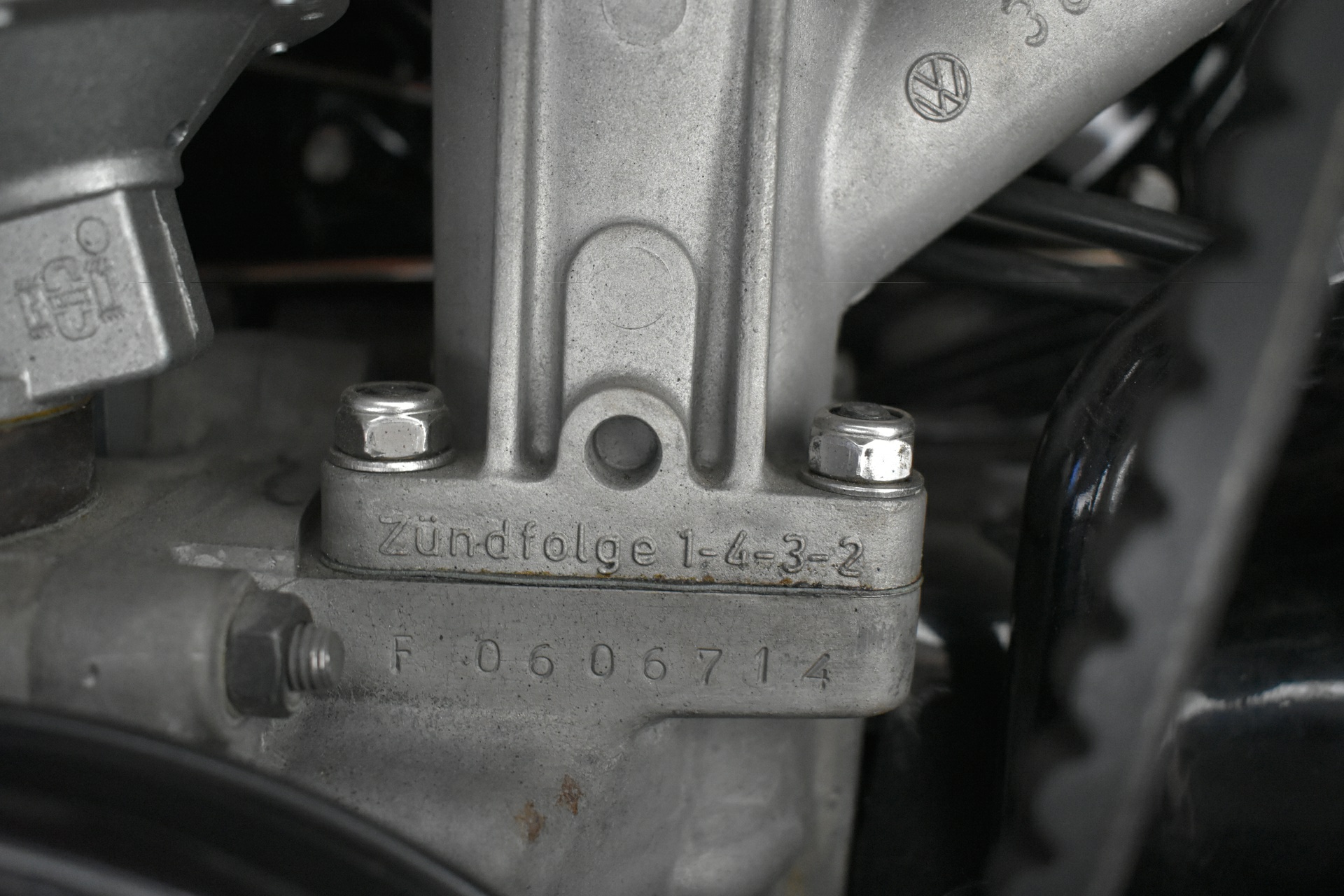 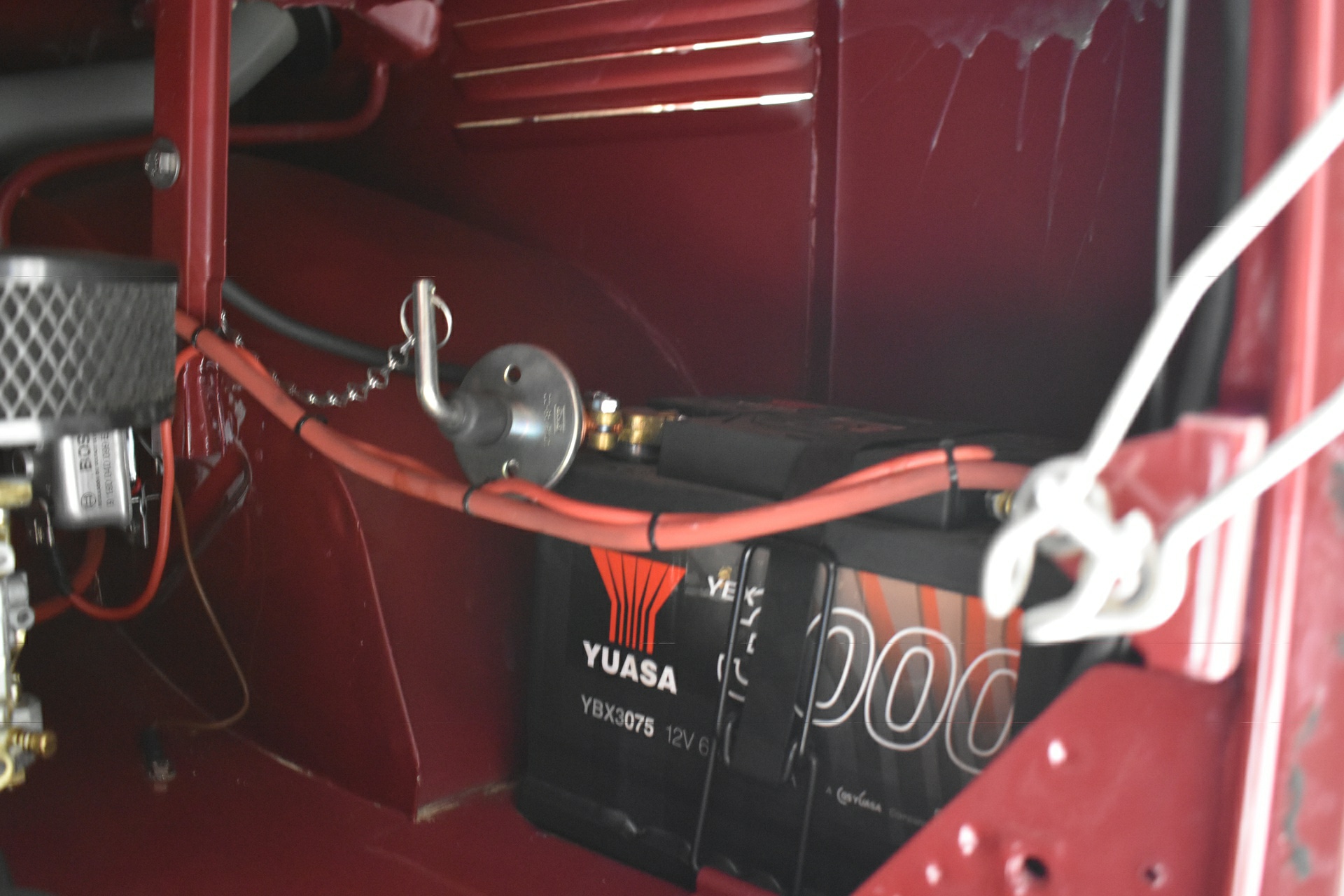 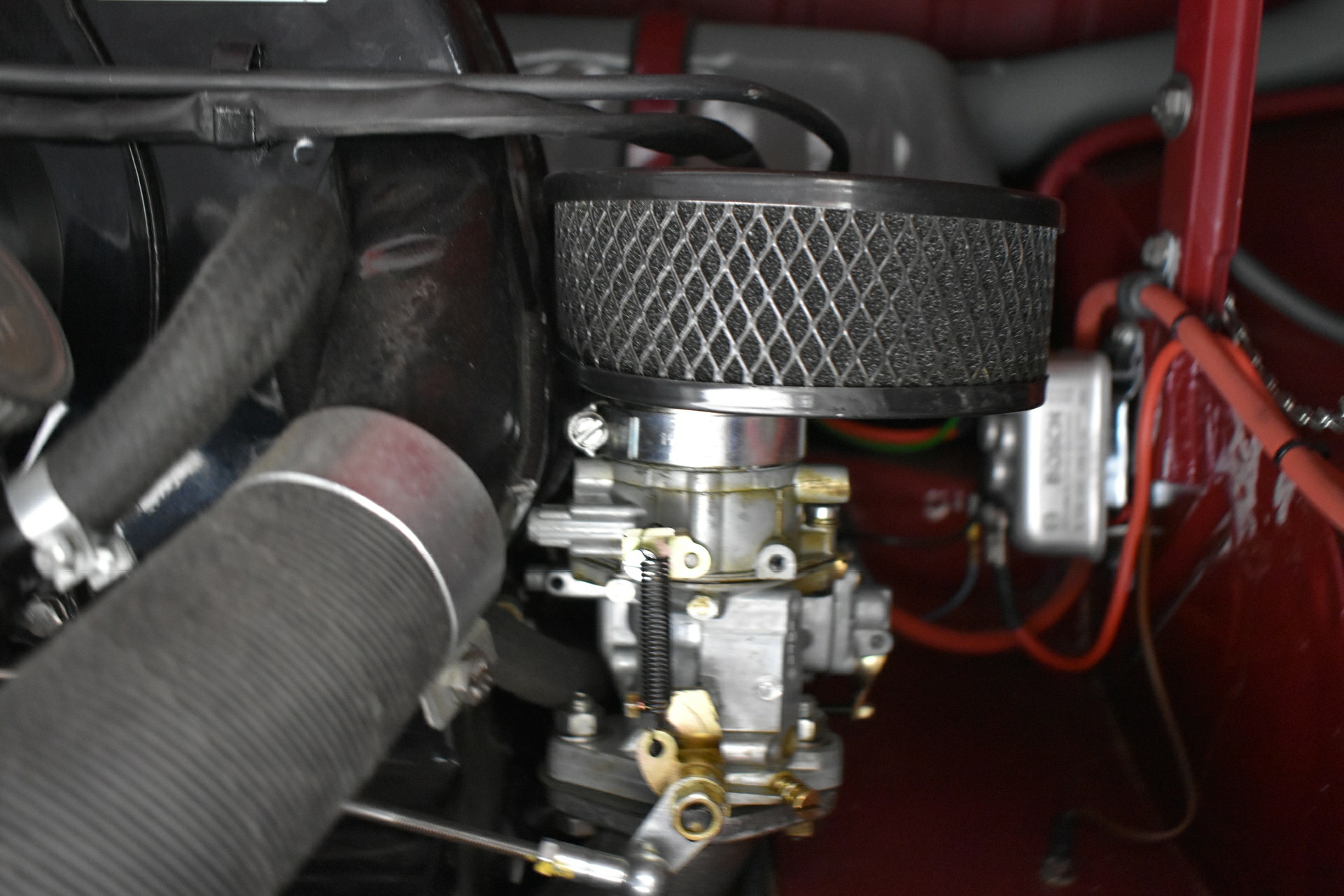 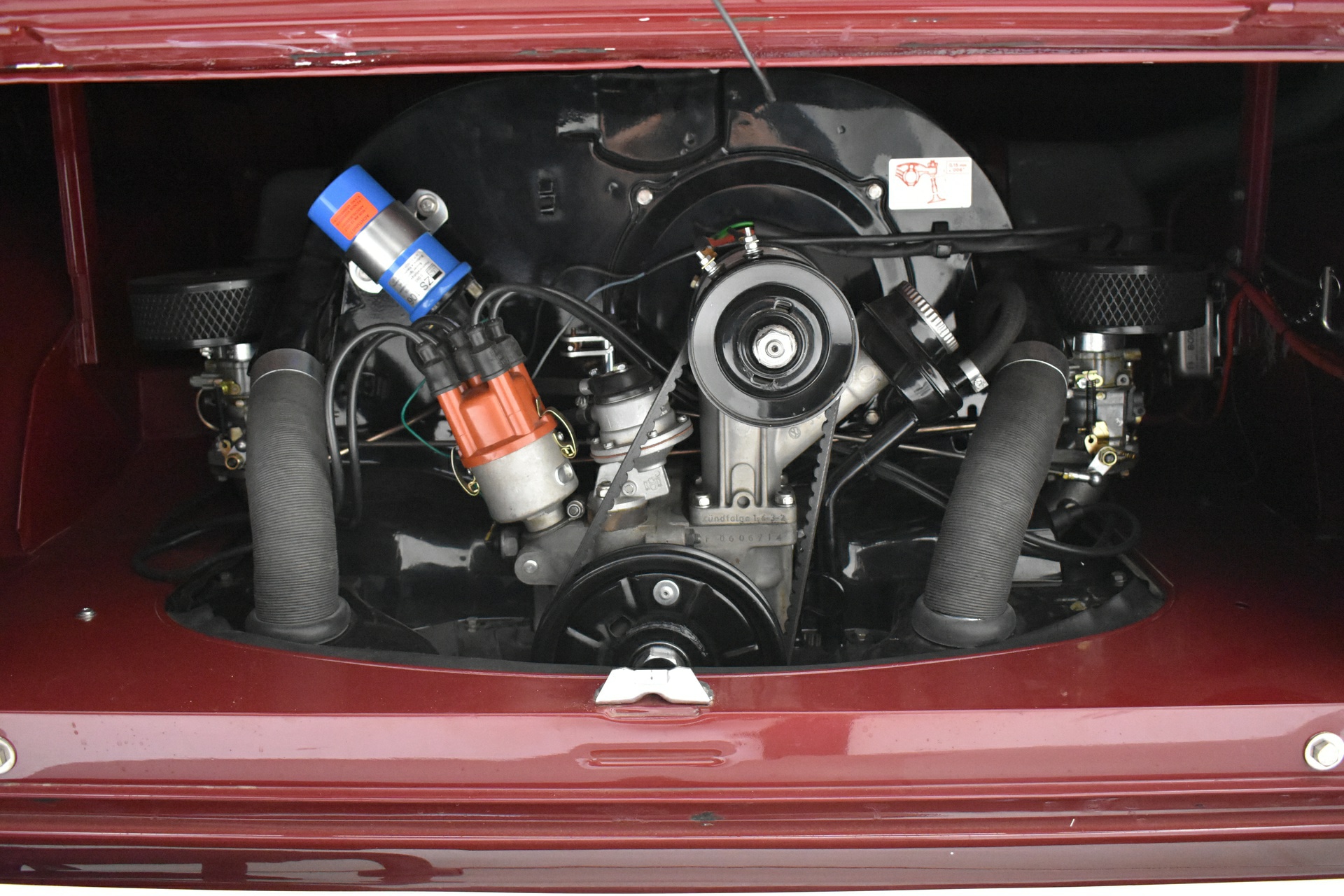 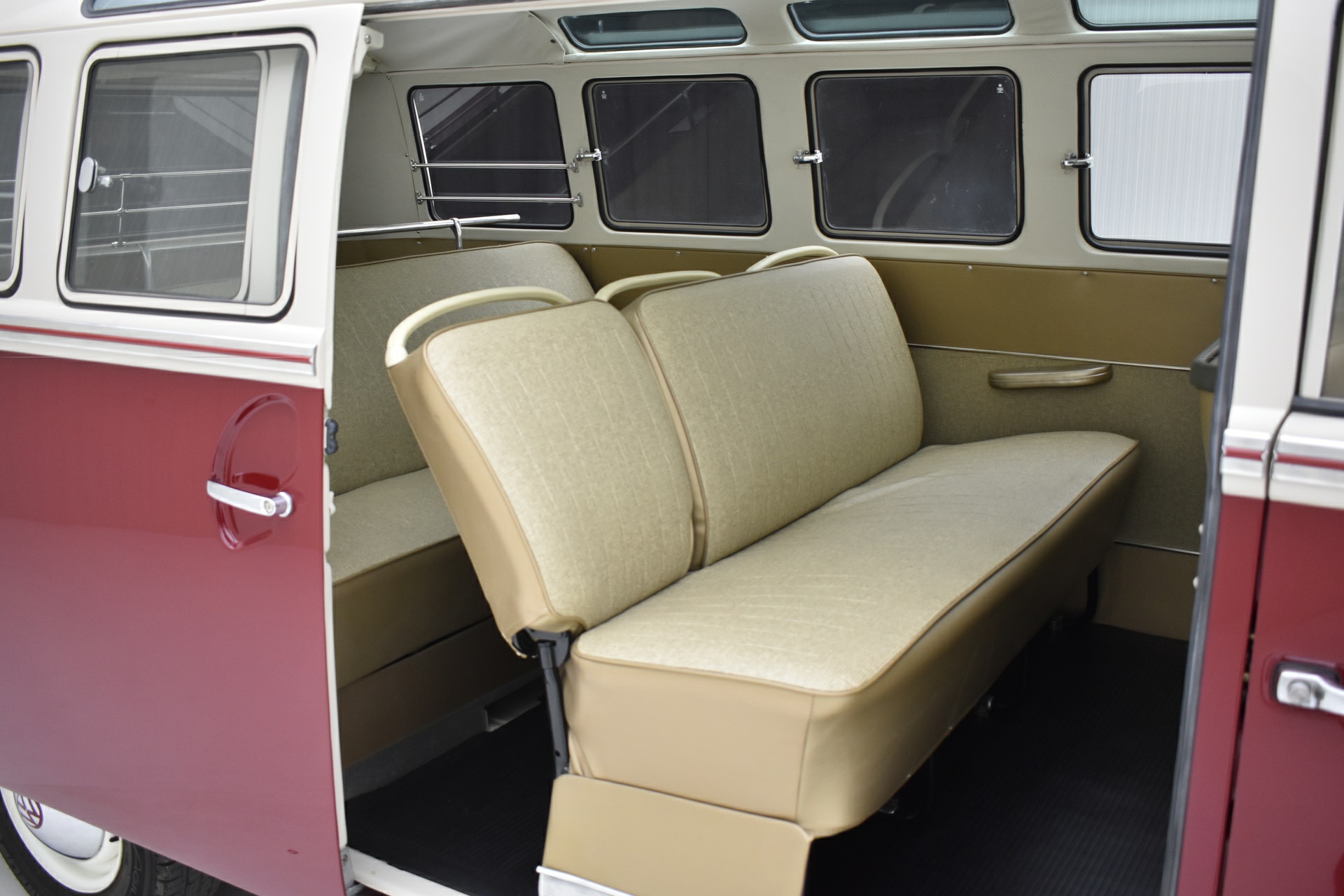 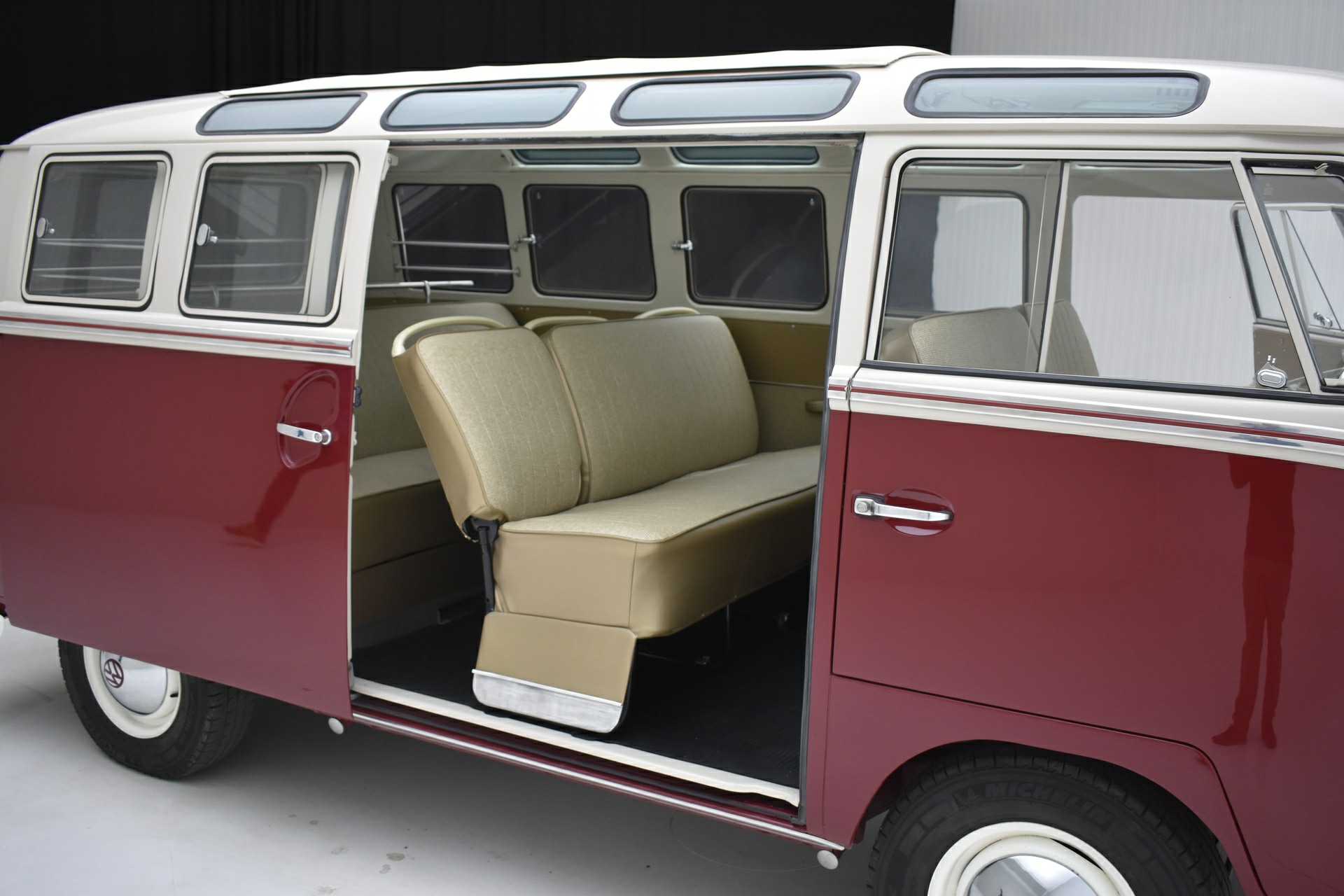 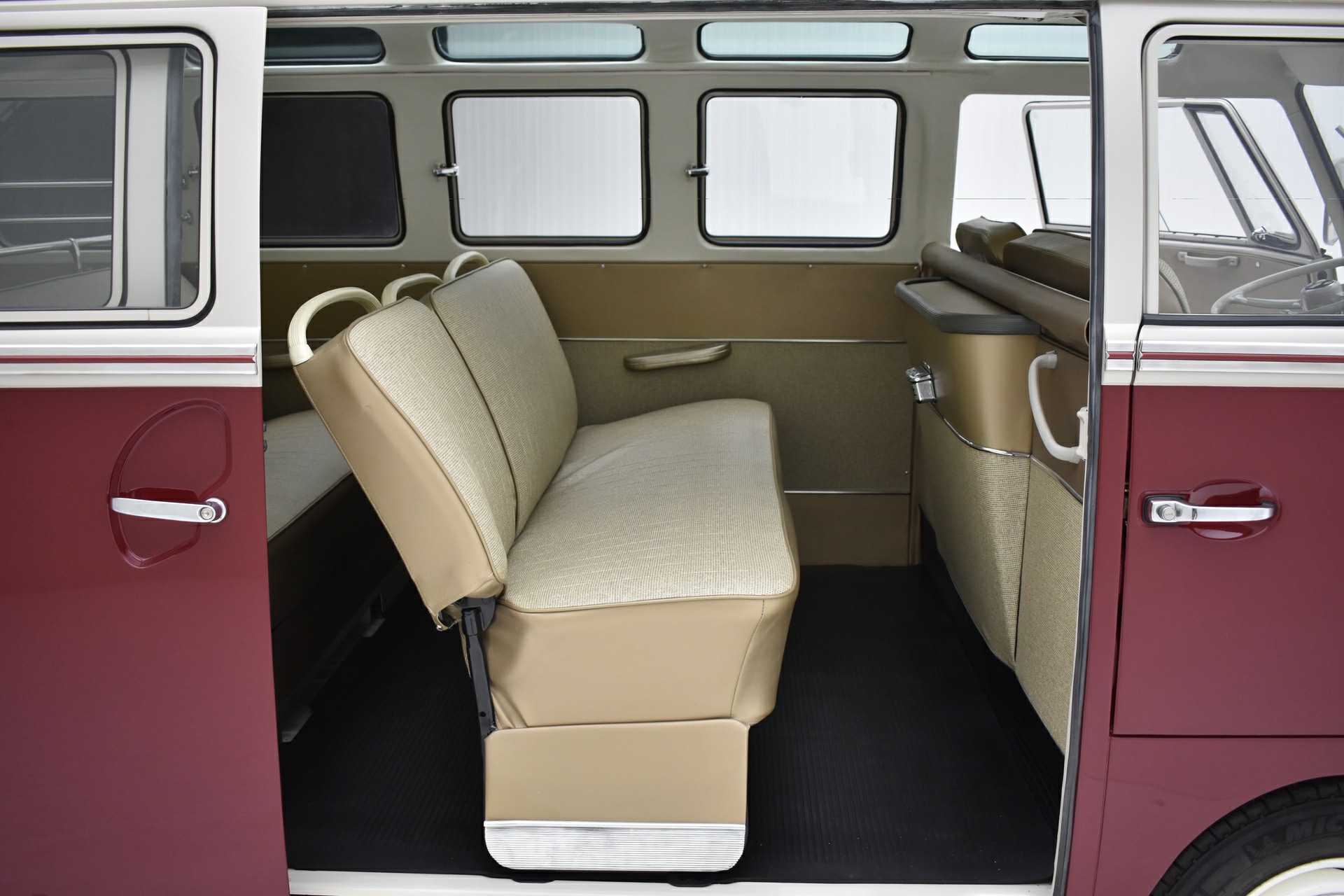 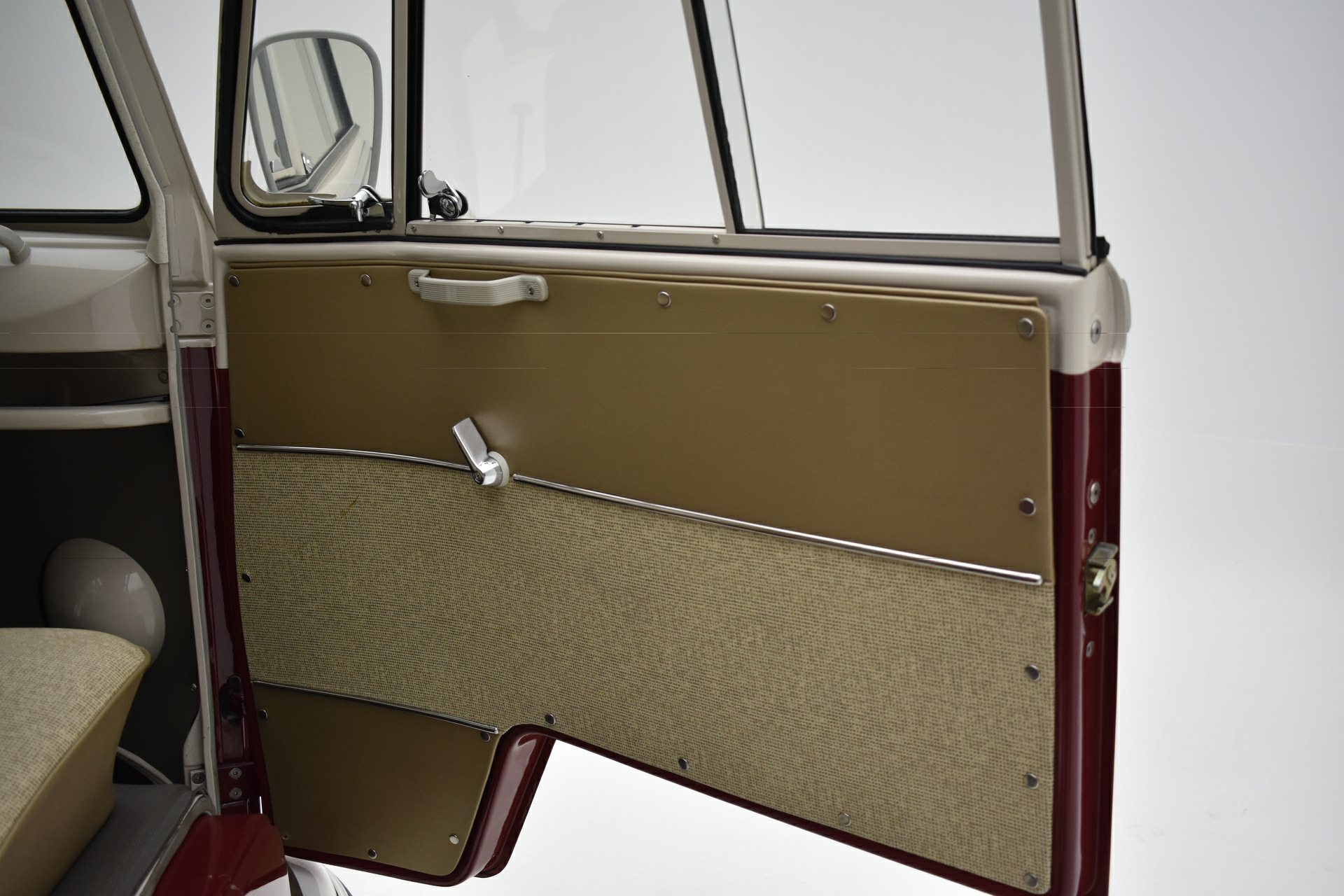 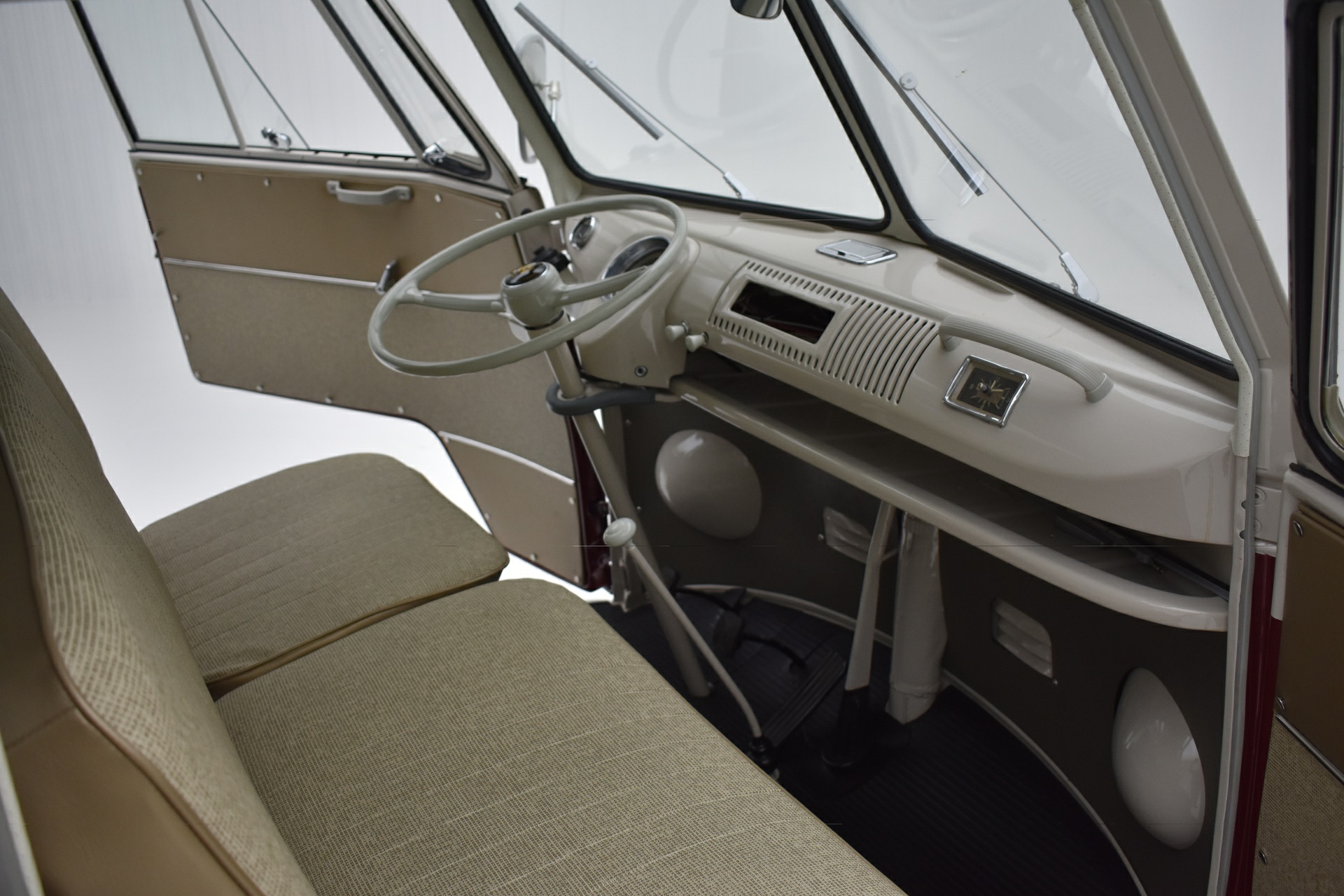 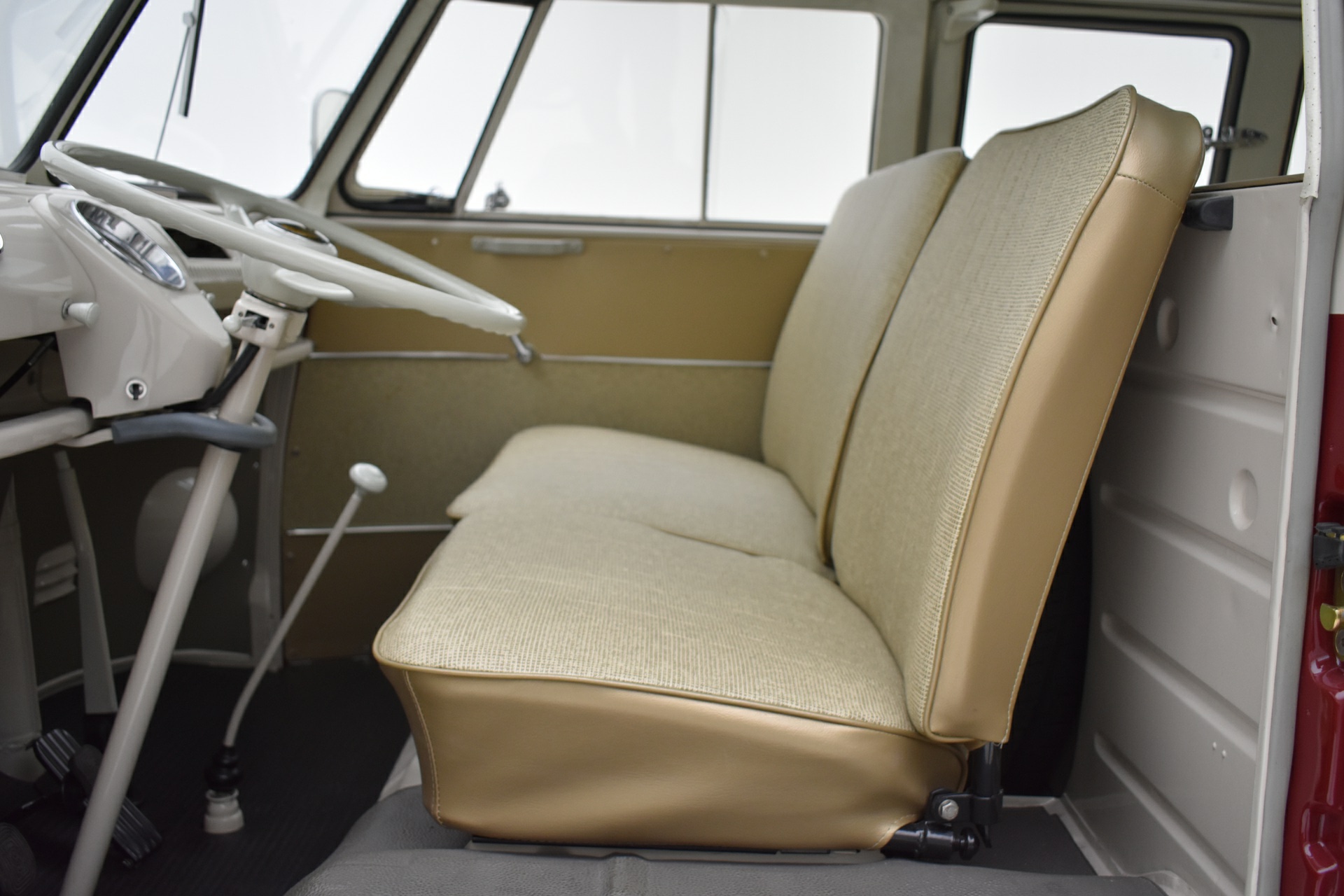 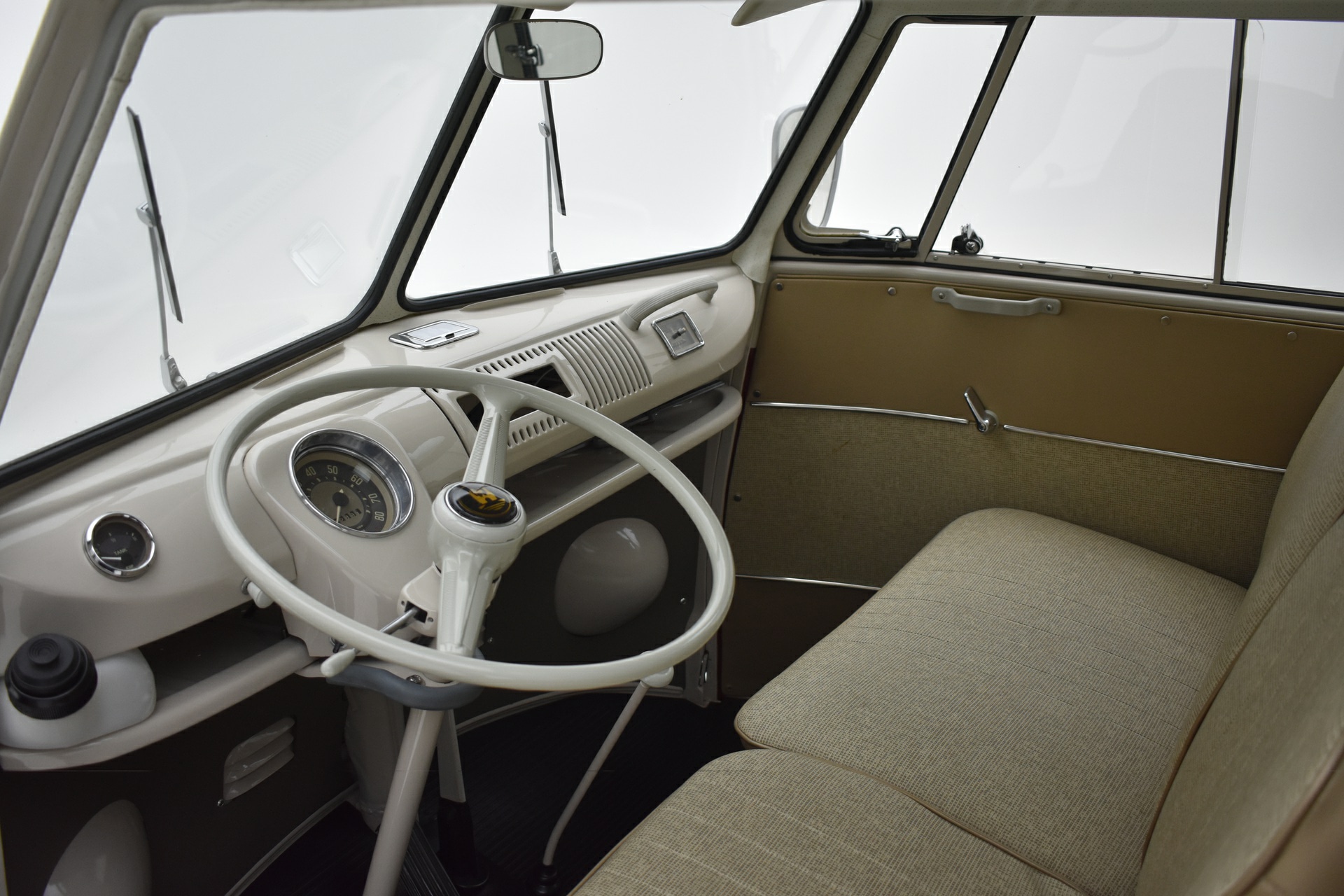 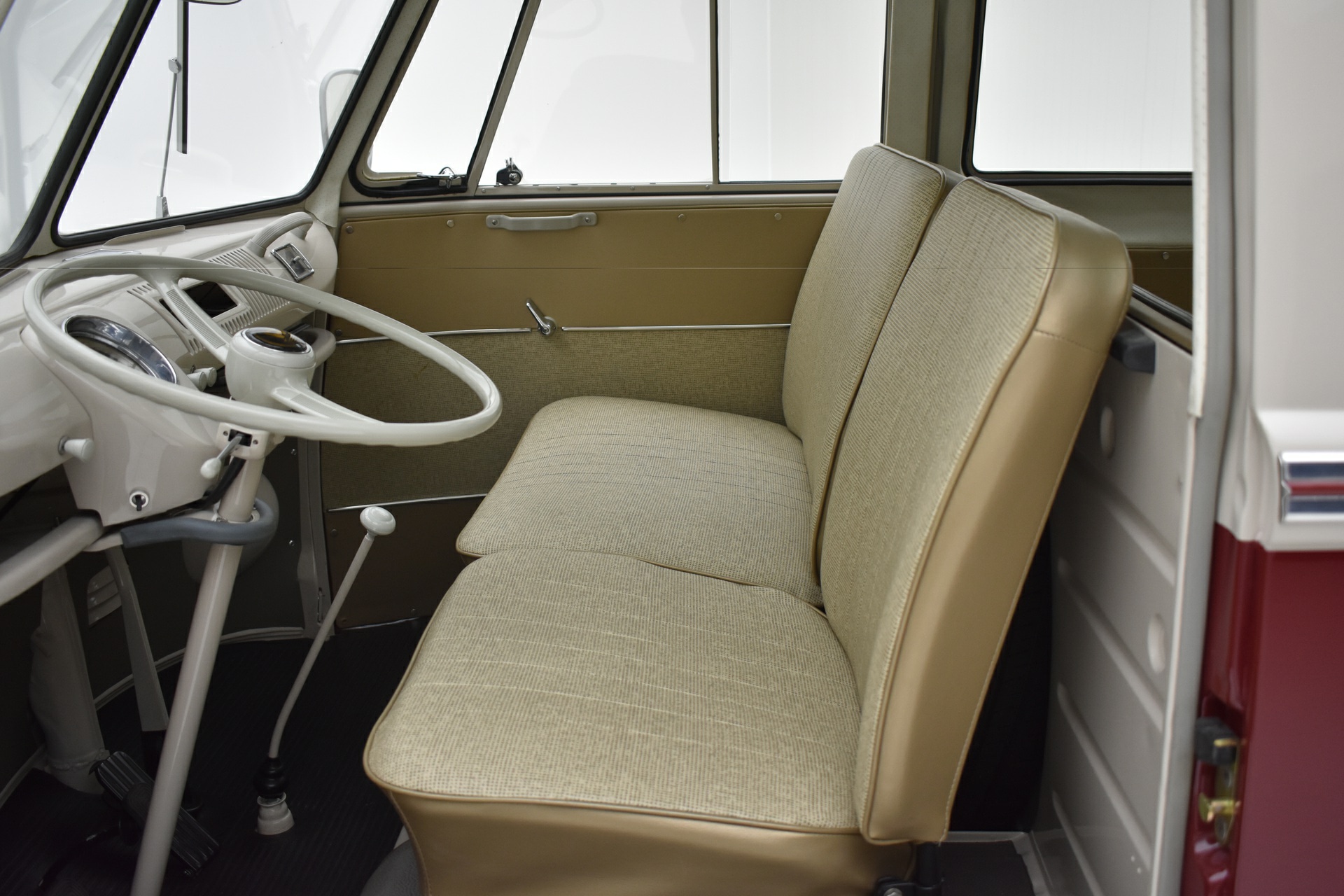 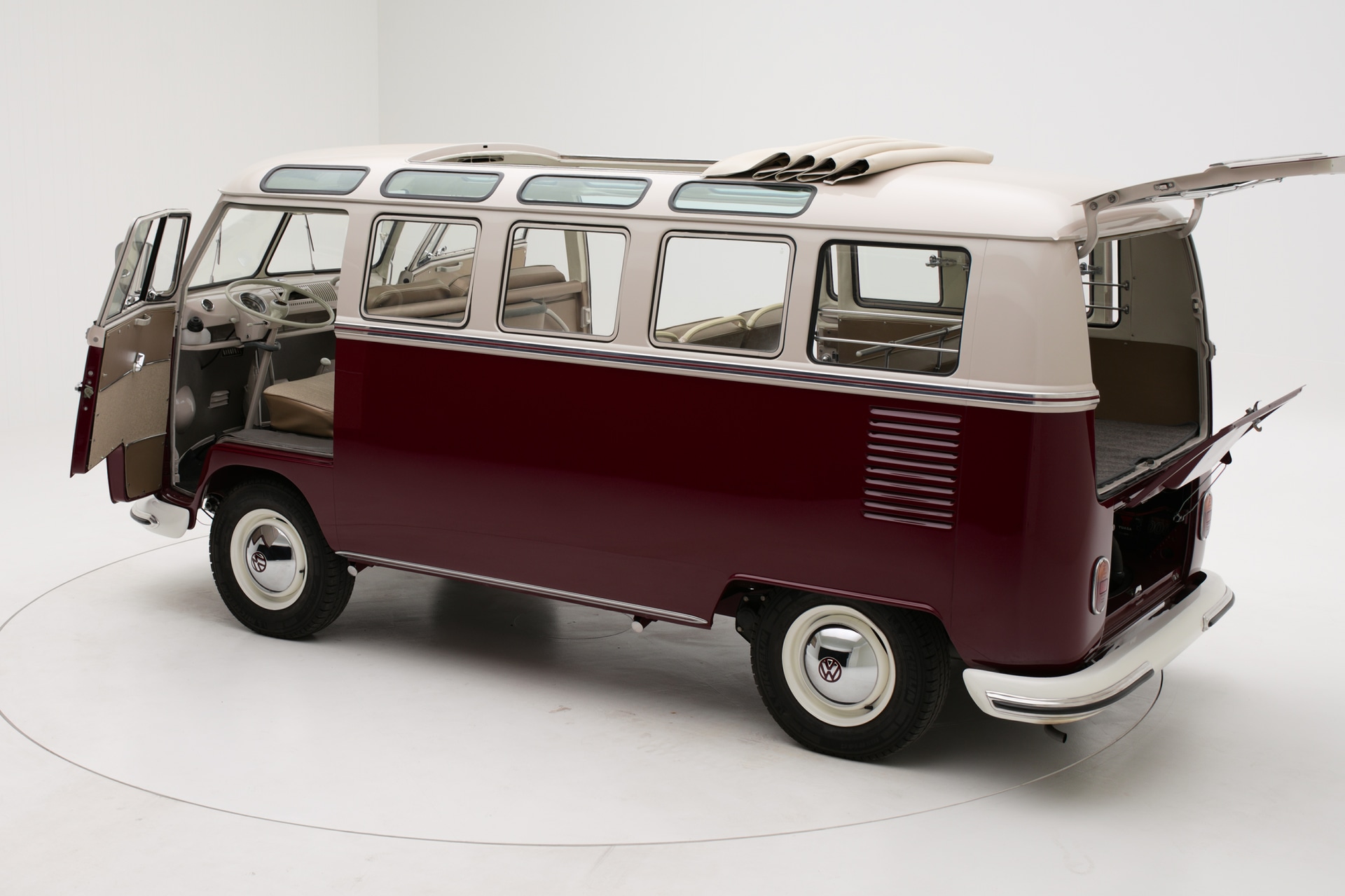 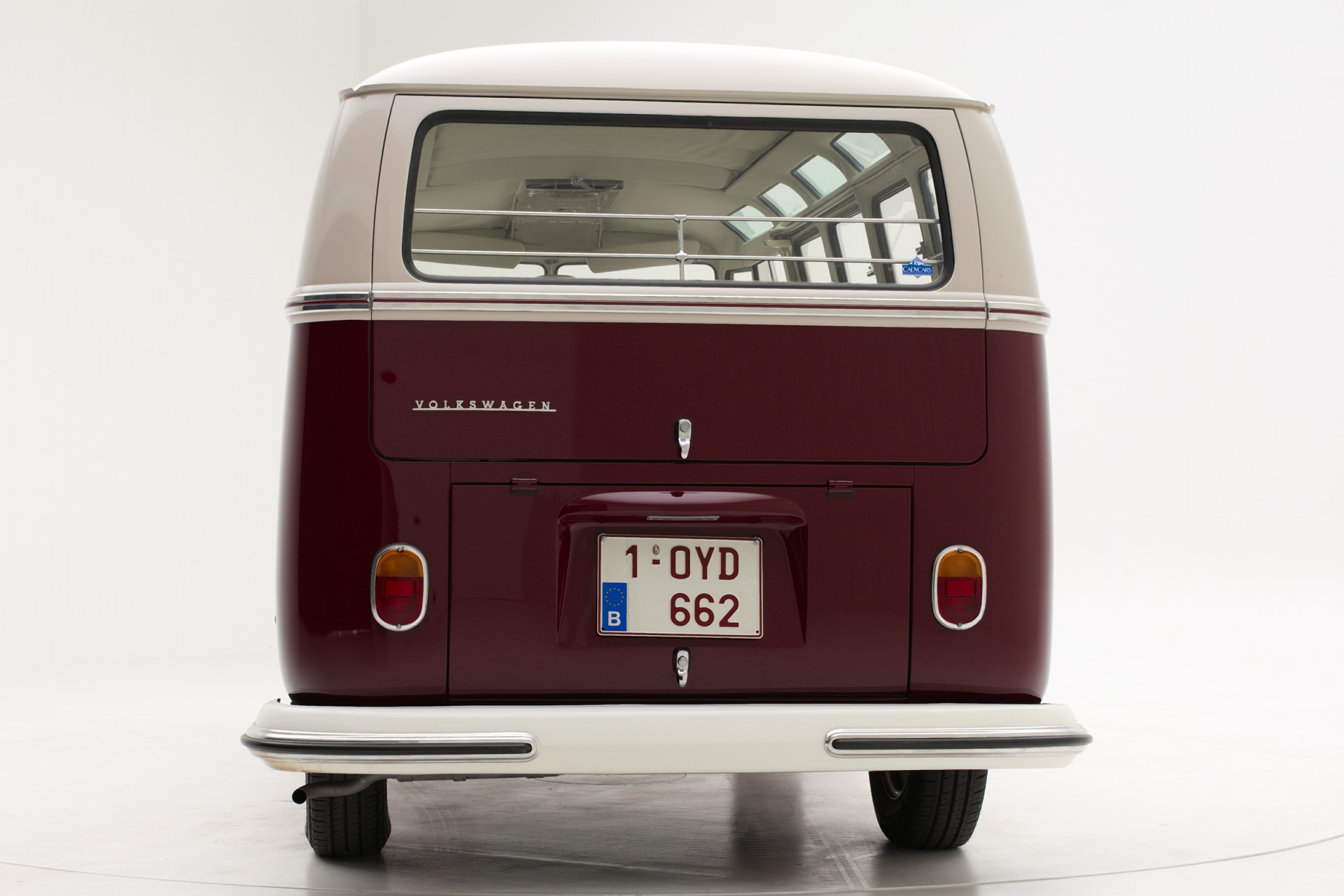 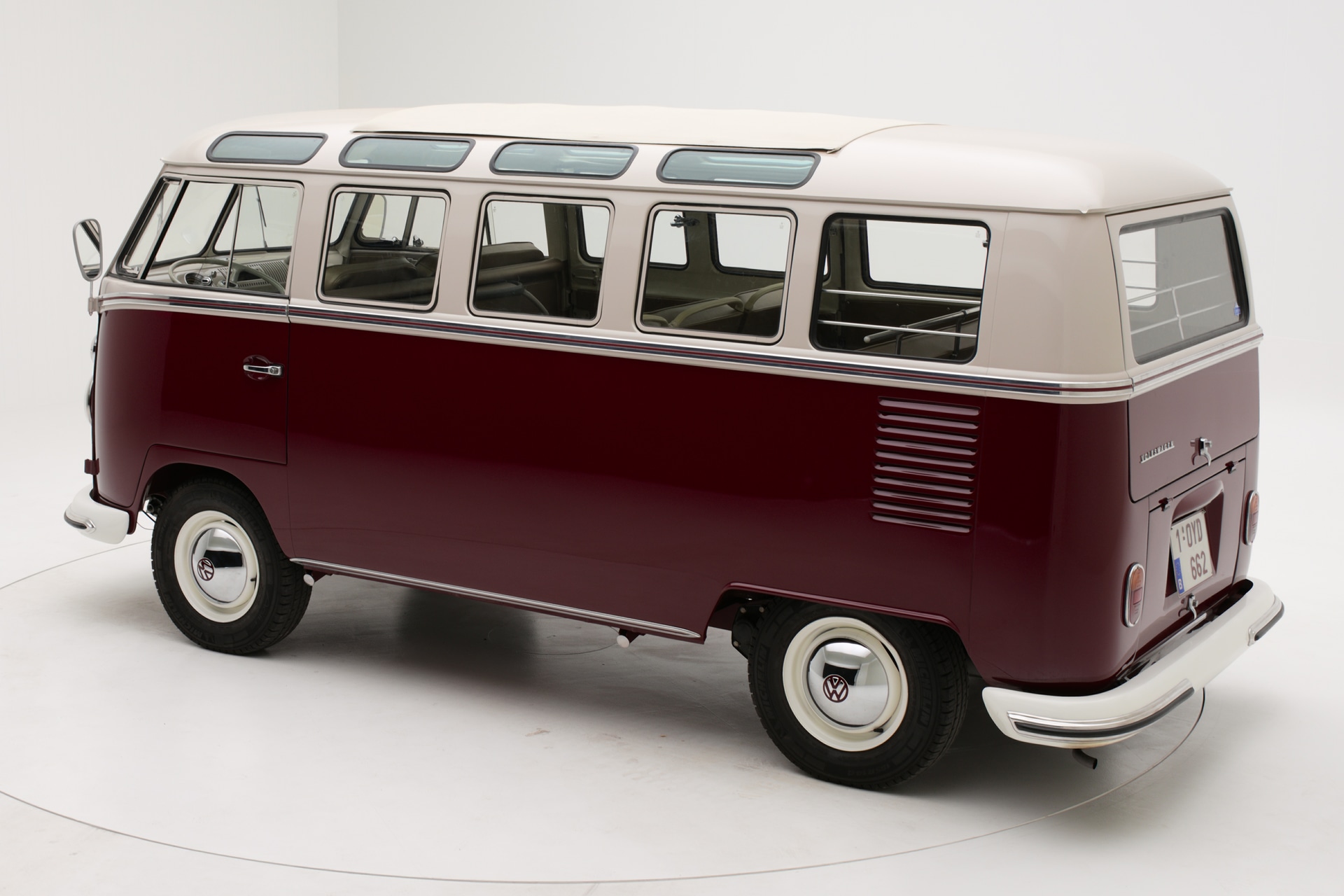 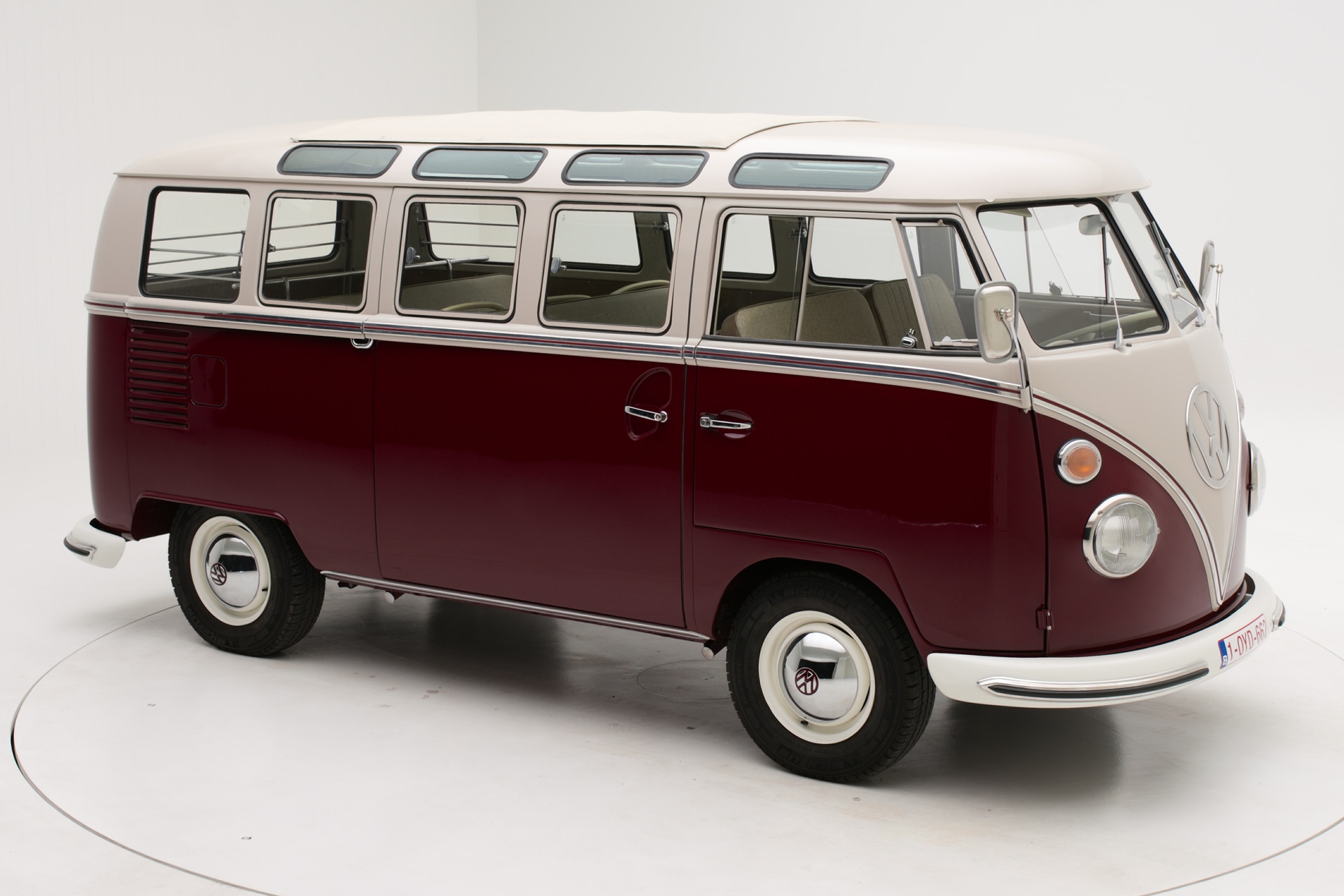 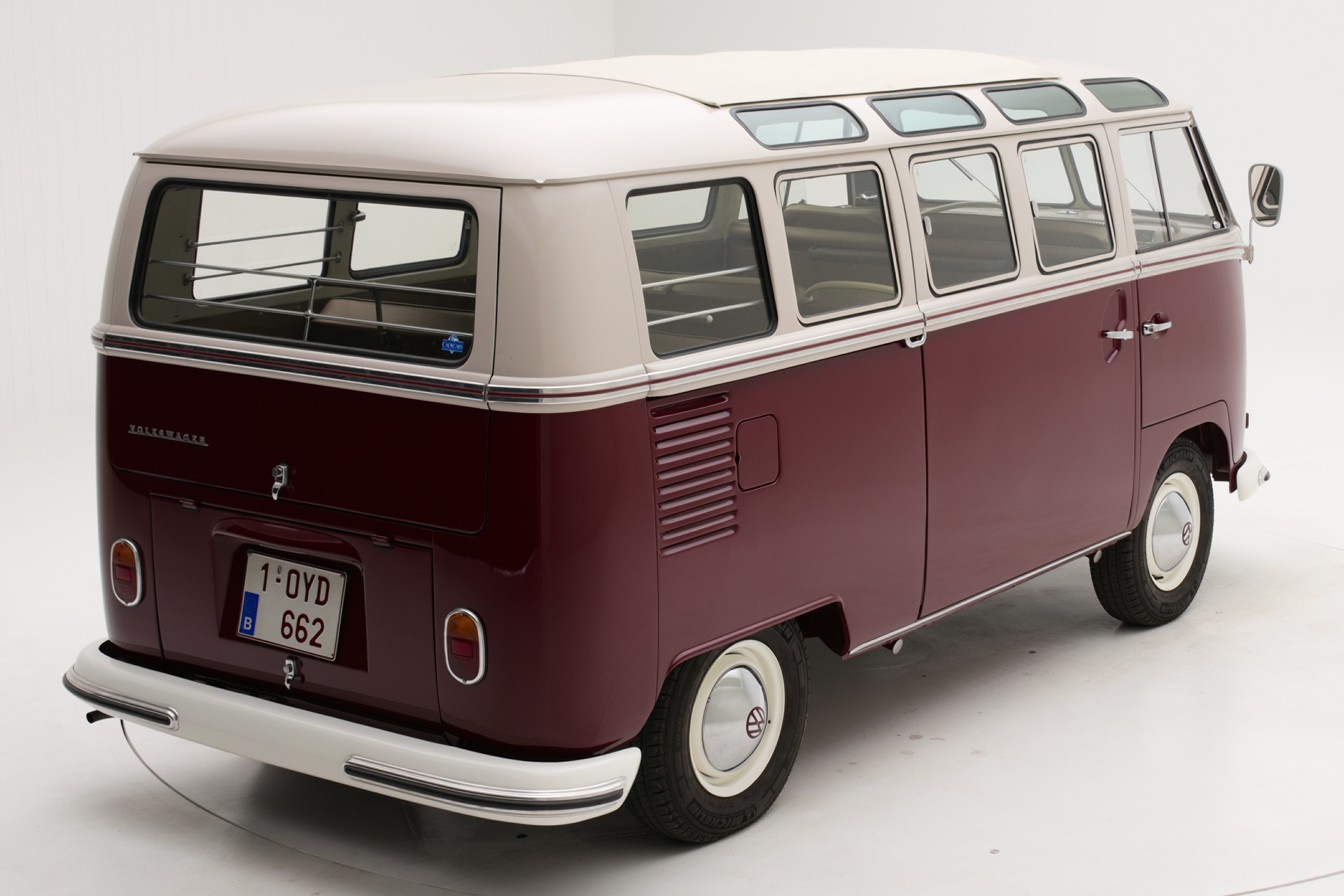 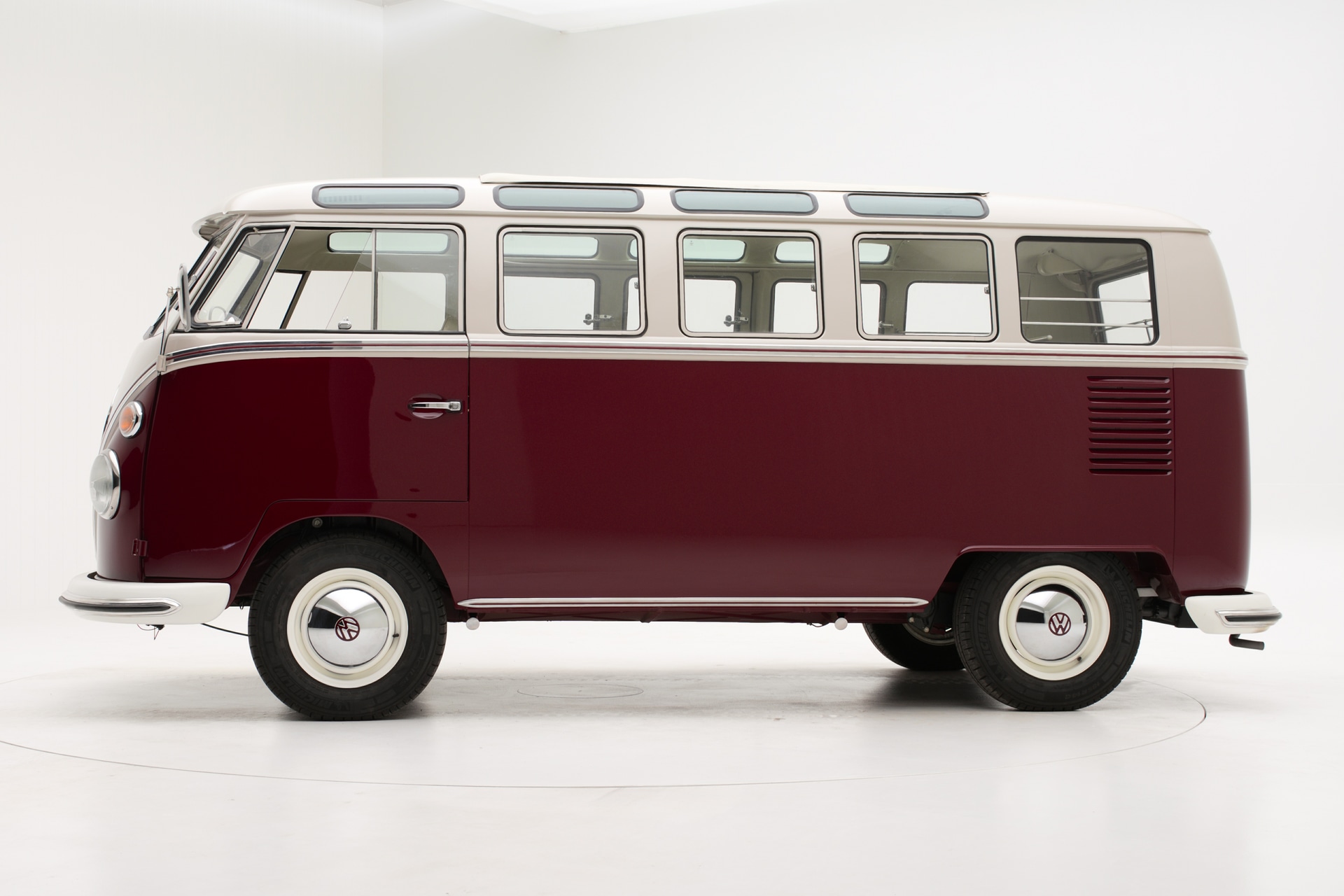 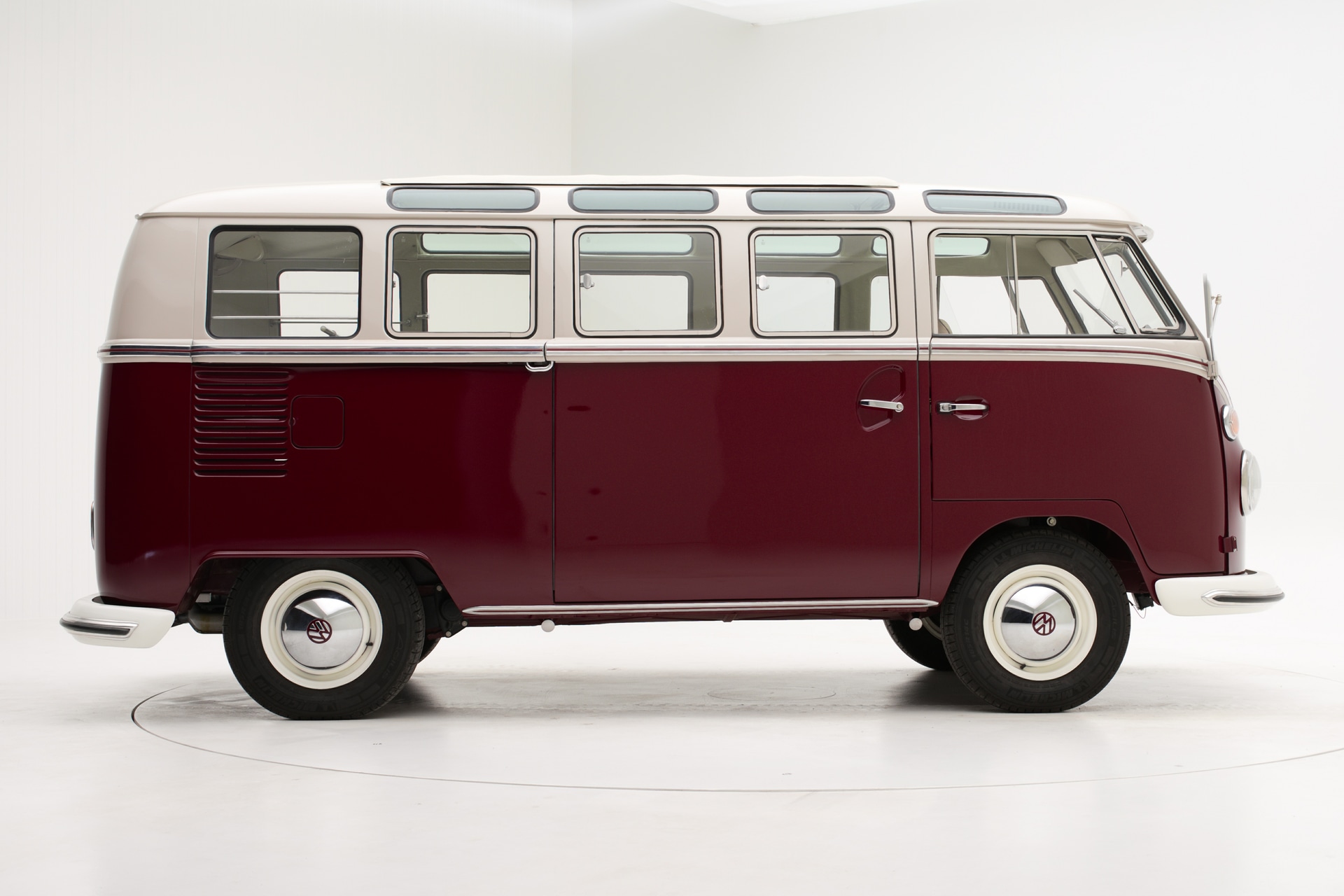 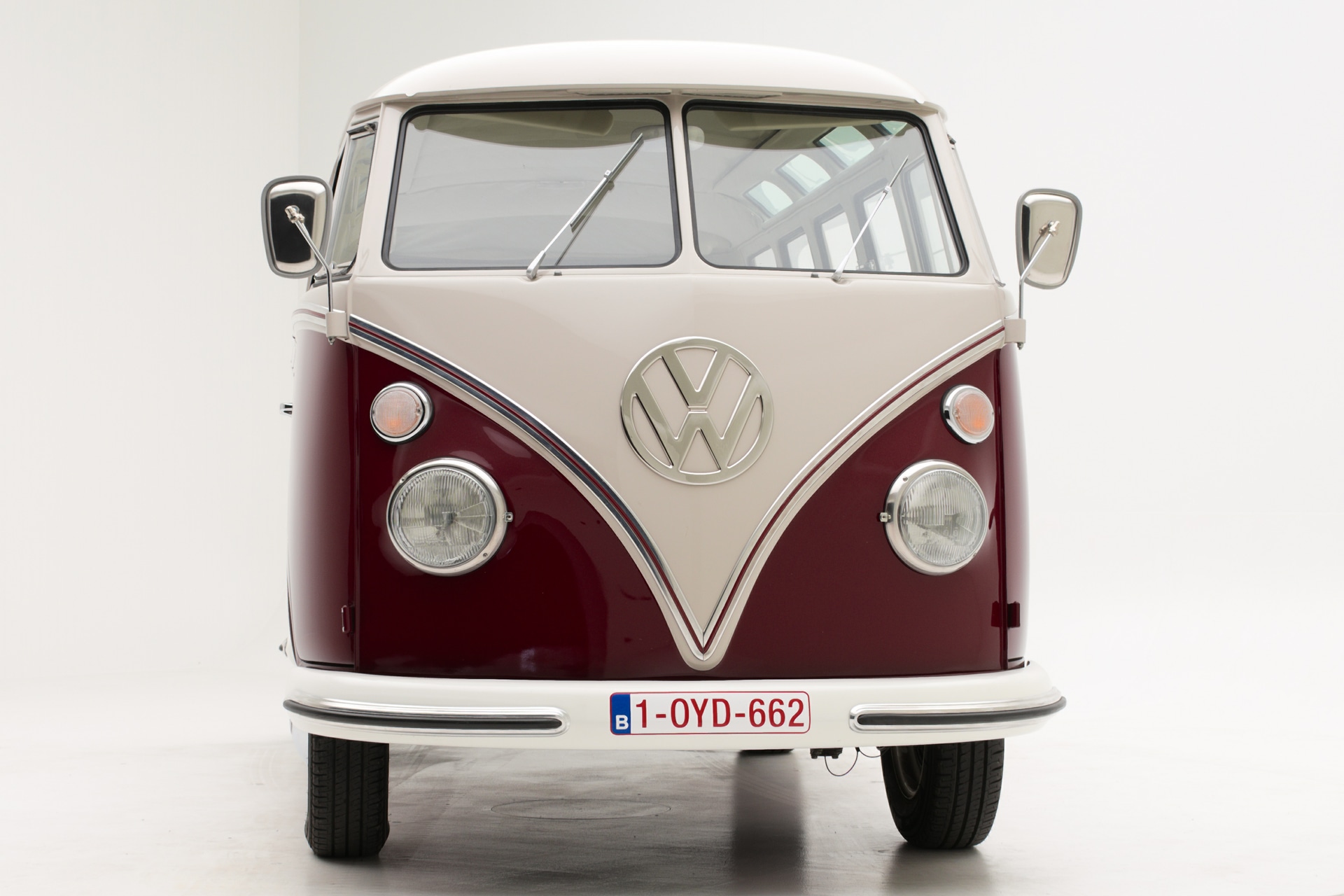 This VW Microbus De Luxe “Samba T1” was sold new in Chile. In 2005 it was exported to Belgium when purchased by Mr. Piet Neyrinck, living in Oostende. In the file that comes with the car, you can find the original Belgian Title, dated 13 July 2005. At the Classica Show 2012 in Essen, Mr. Thierry Dehaeck bought this Samba bus, in need of restoration. The restoration started end of 2012 by Cady Cars in Ieper, Belgium. A nut and bold restoration was performed on this Samba bus, that took 4 years, till end in May 2016. ”Everything” was taken apart. The file has an impressive amount of restoration invoices and a USB stick with pictures. The Microbus is now back to its original colors and specifications, as can be seen on the “Zertifikat” issued by the Stiftung AutoMuseum Volkswagen, showing also the Samba has a very rare side sliding door, instead of the standard wing door. In the file you will also find several original sales brochures. We strongly believe you cannot find a better and nicer restored Samba T1, completely to its original specifications. It drives very nicely and flashes you back to the Hippie area...