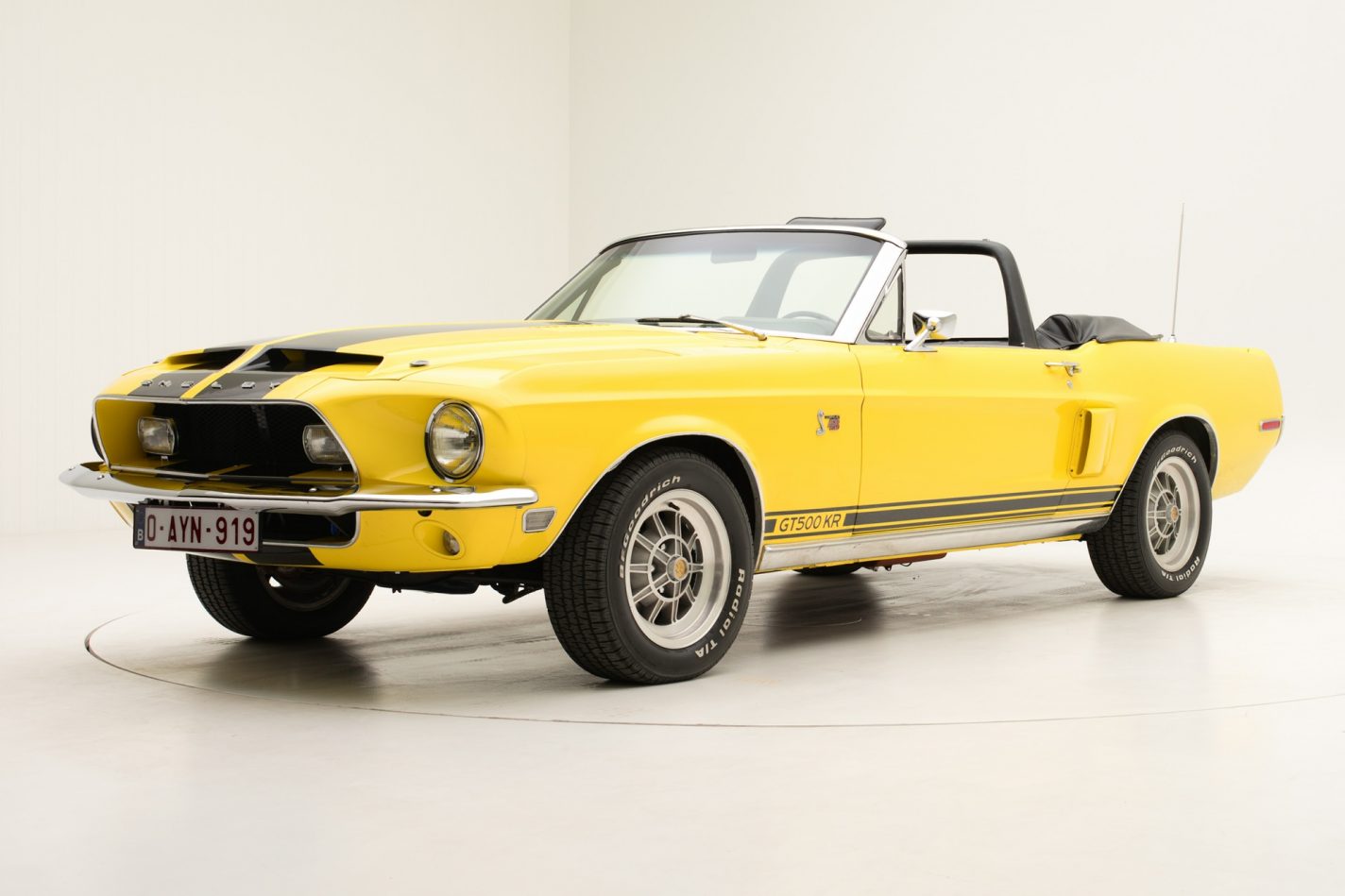 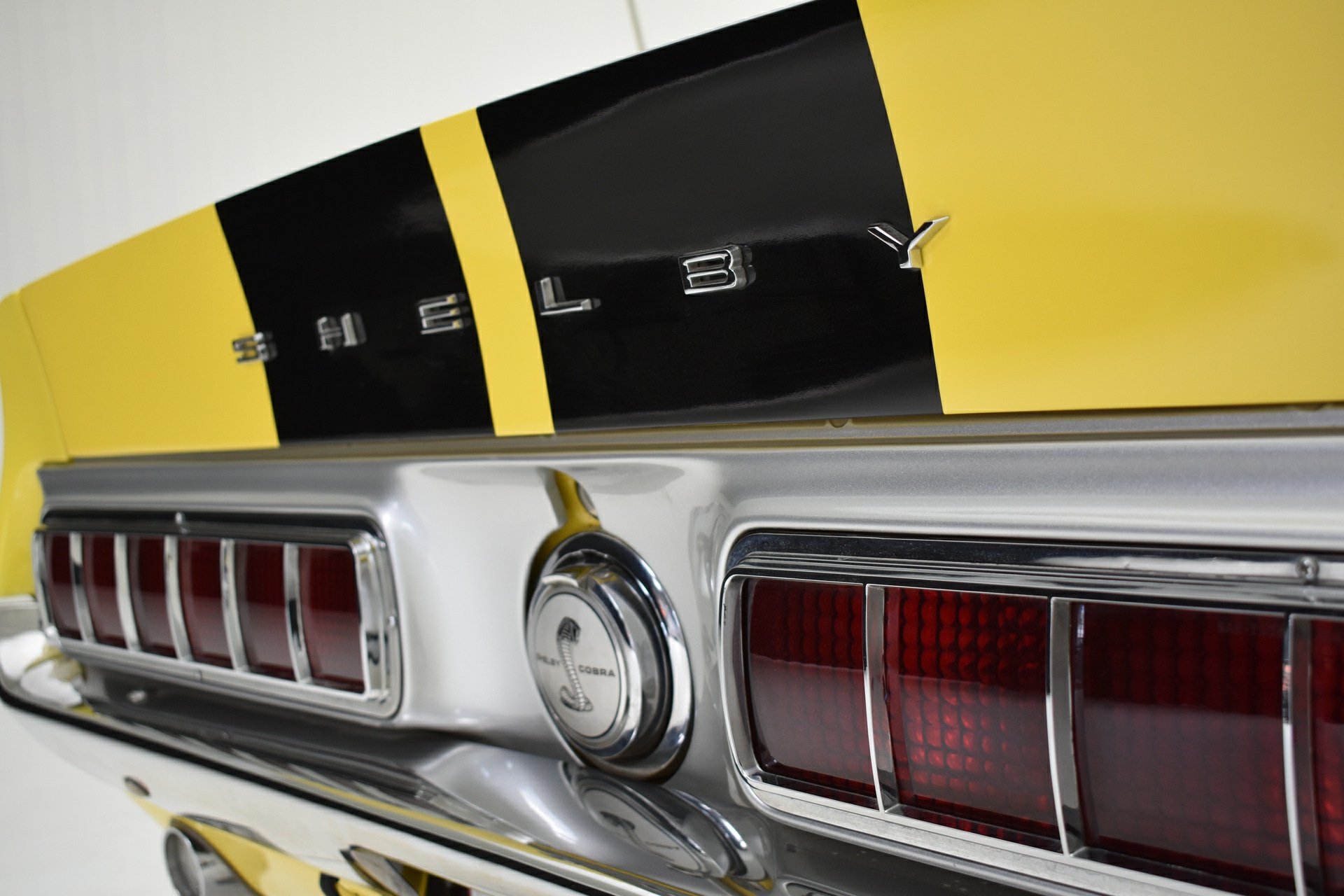 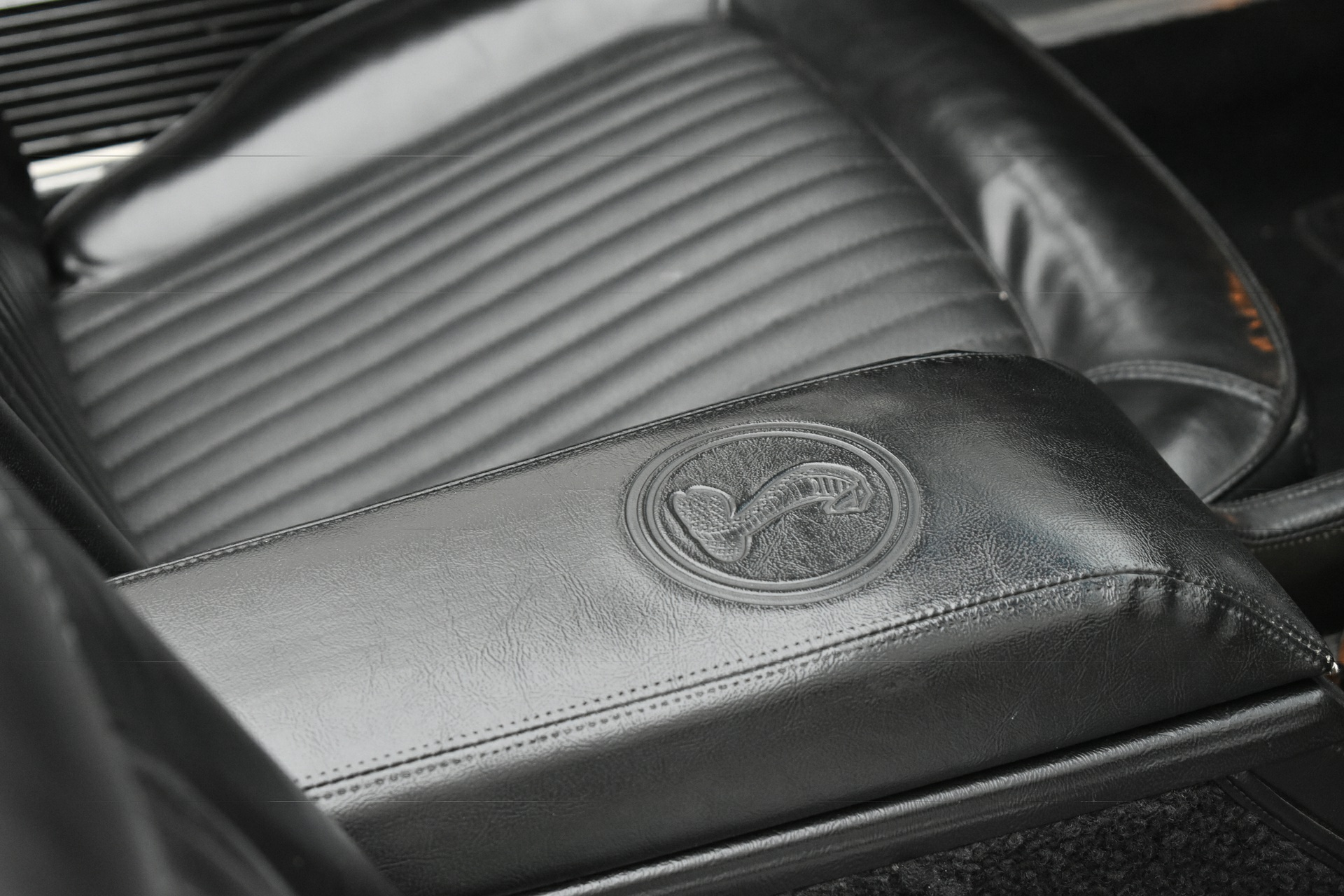 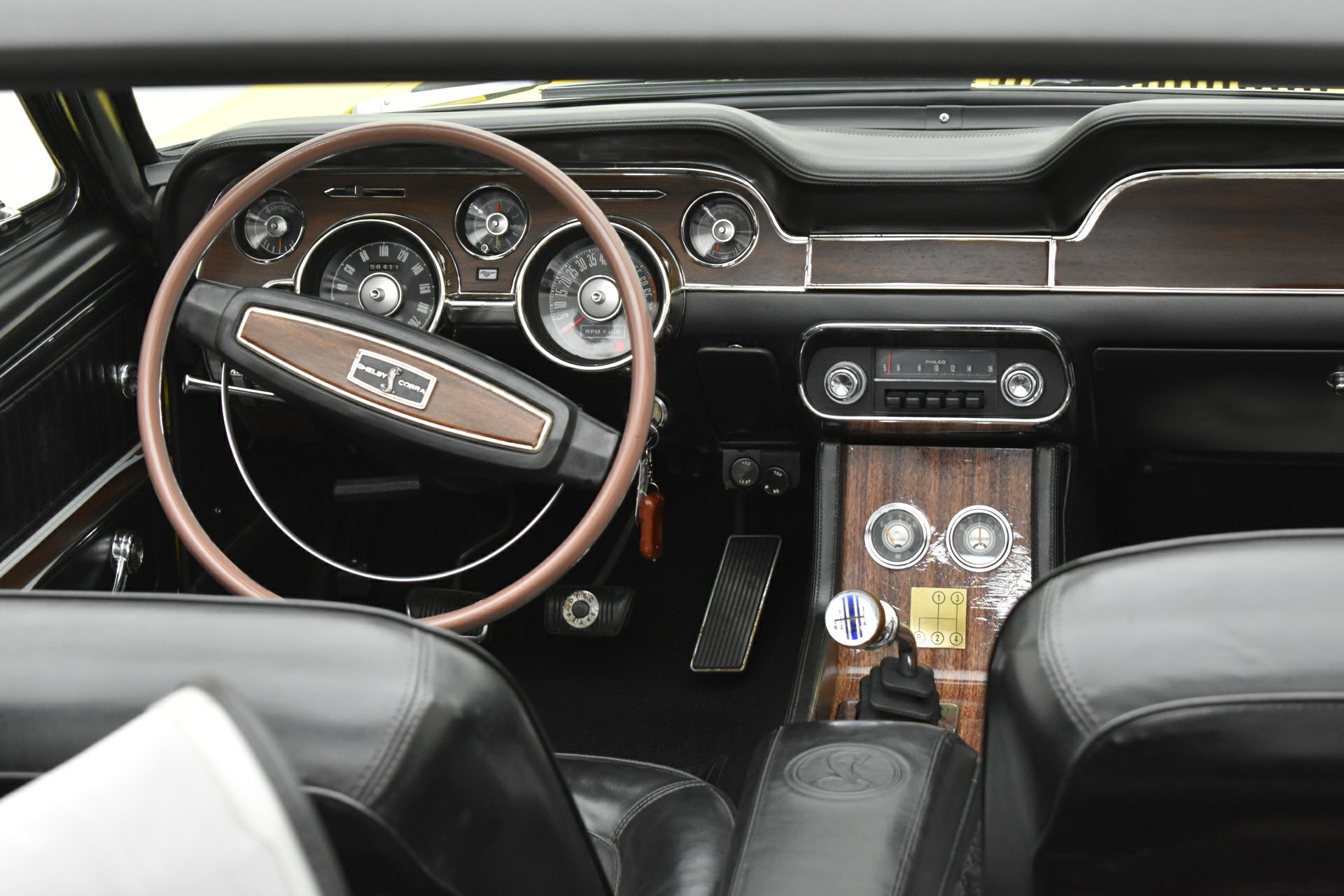 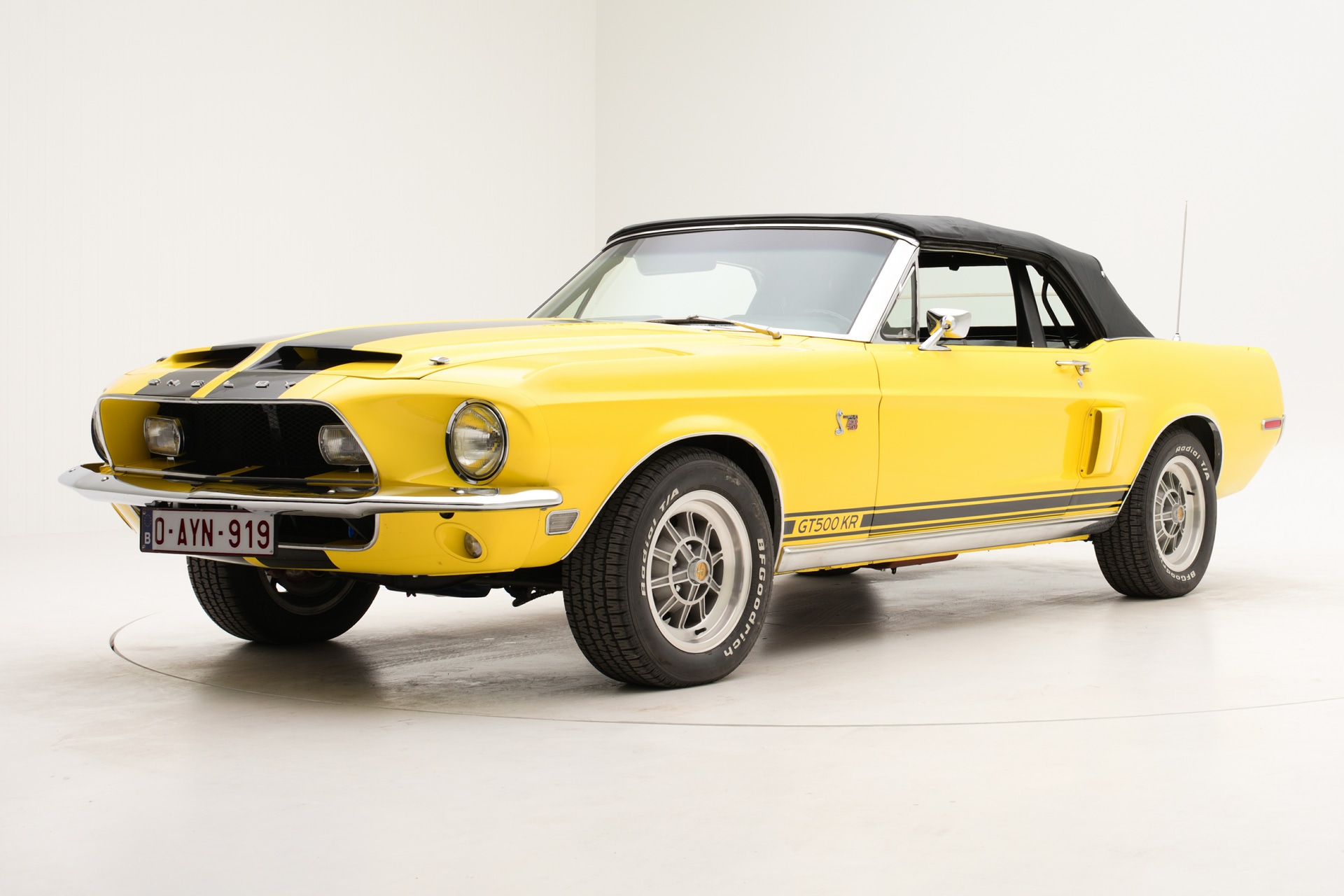 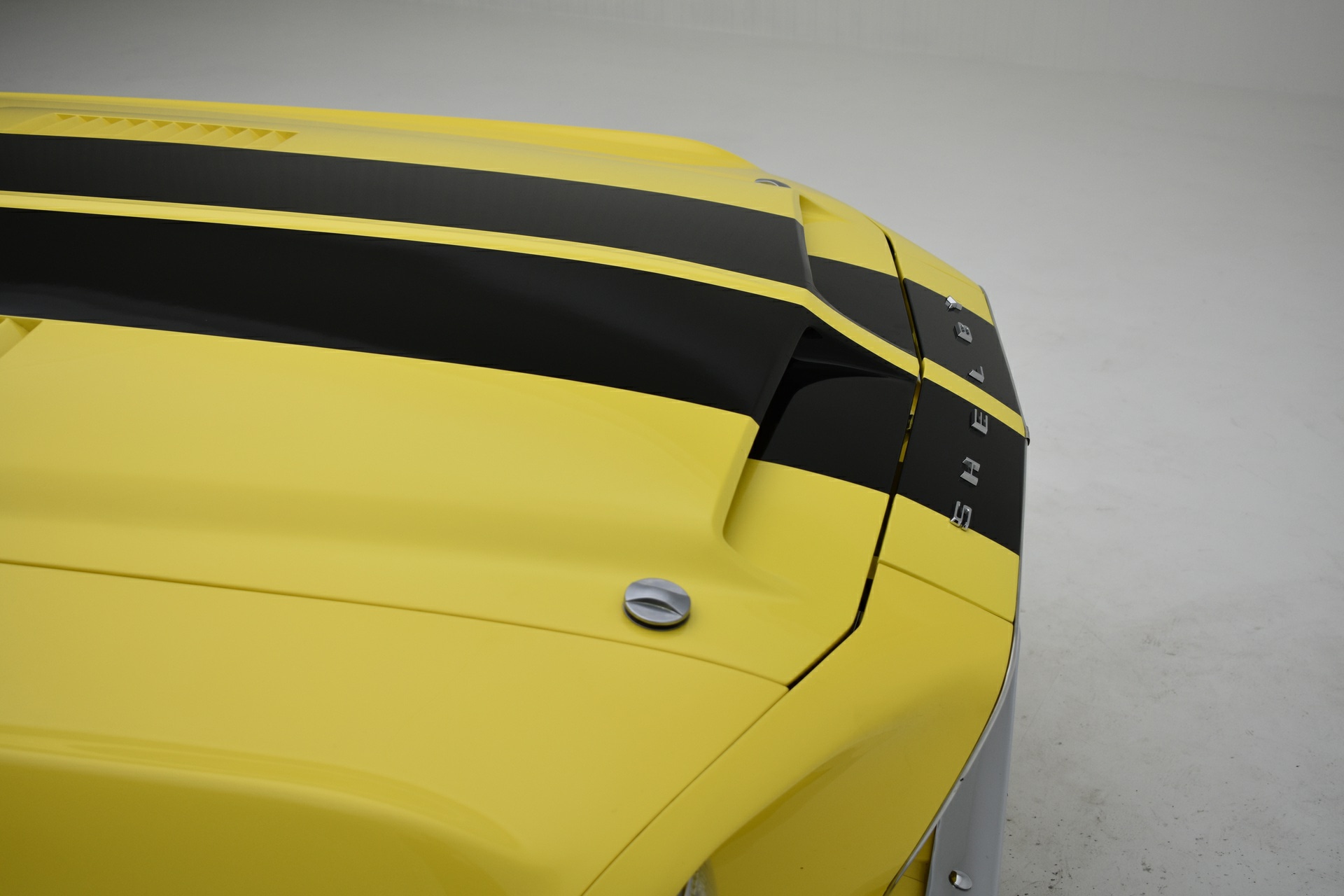 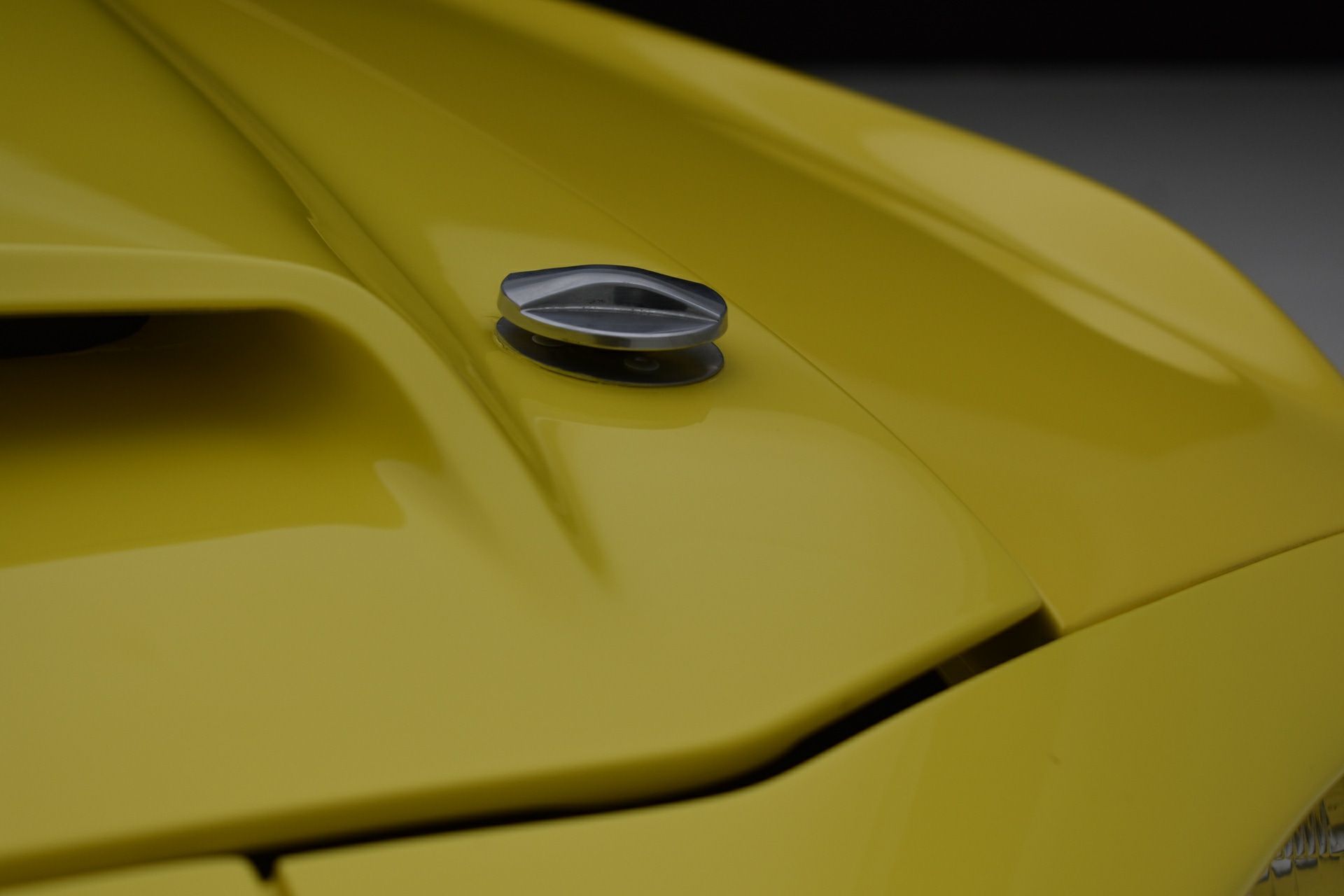 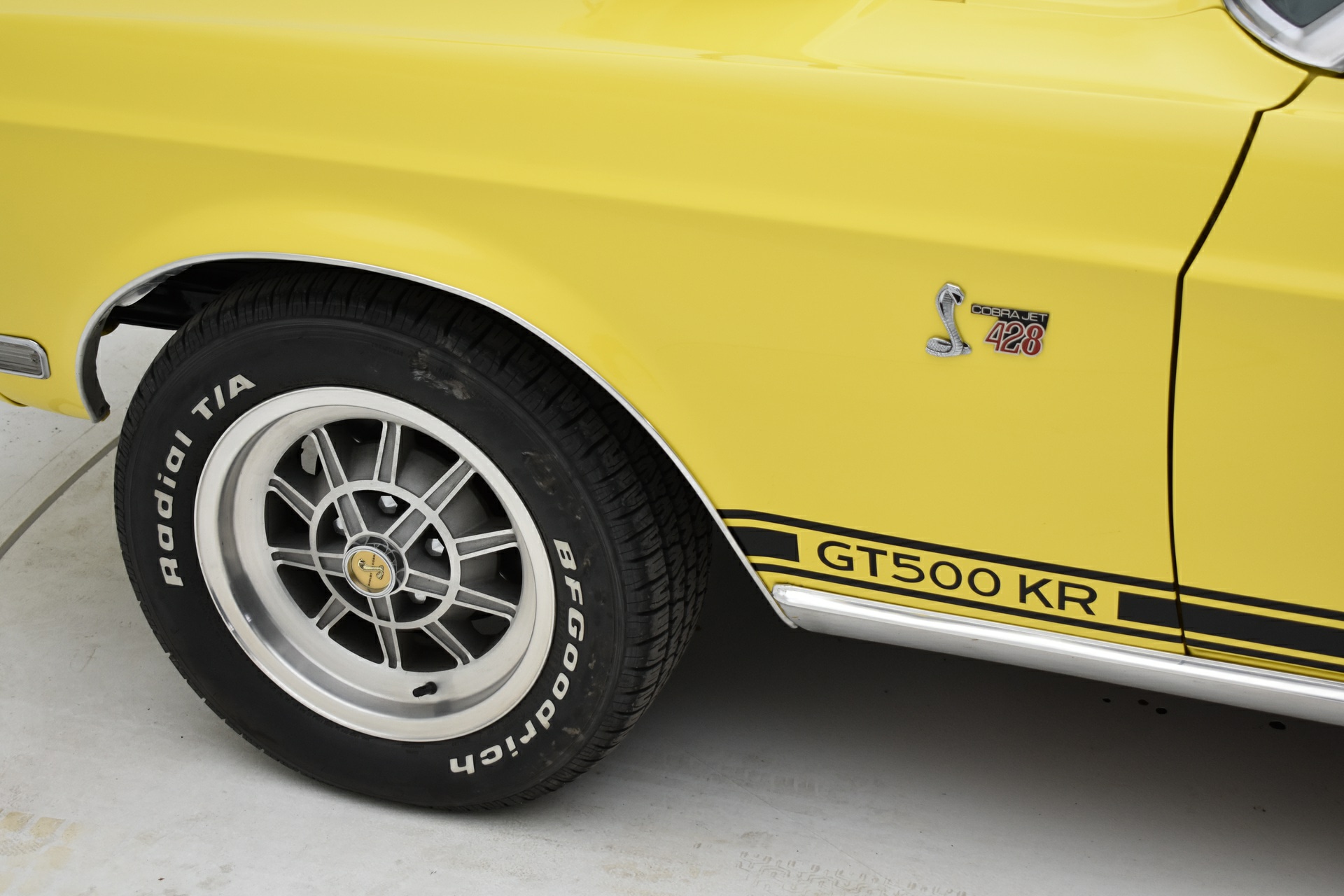 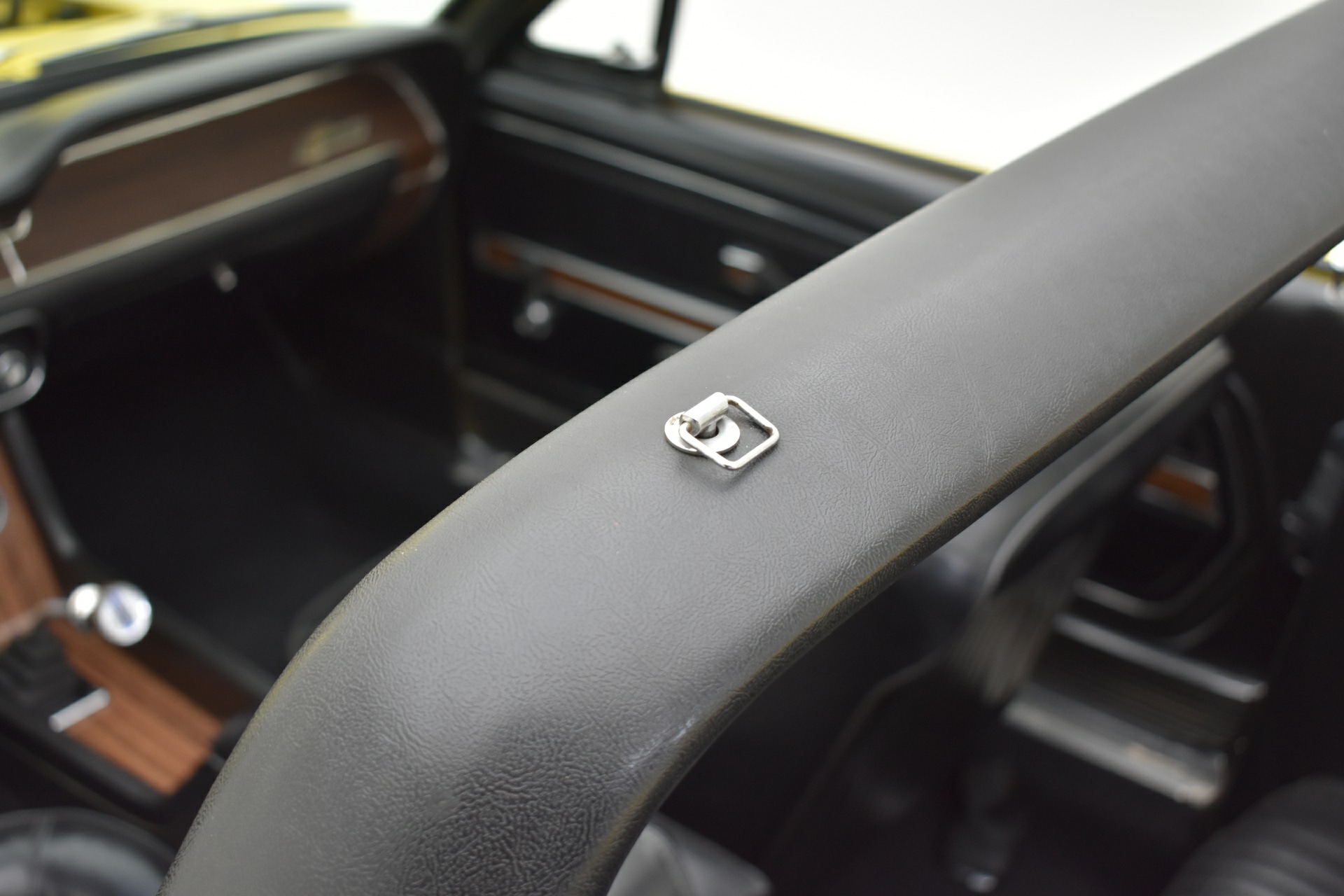 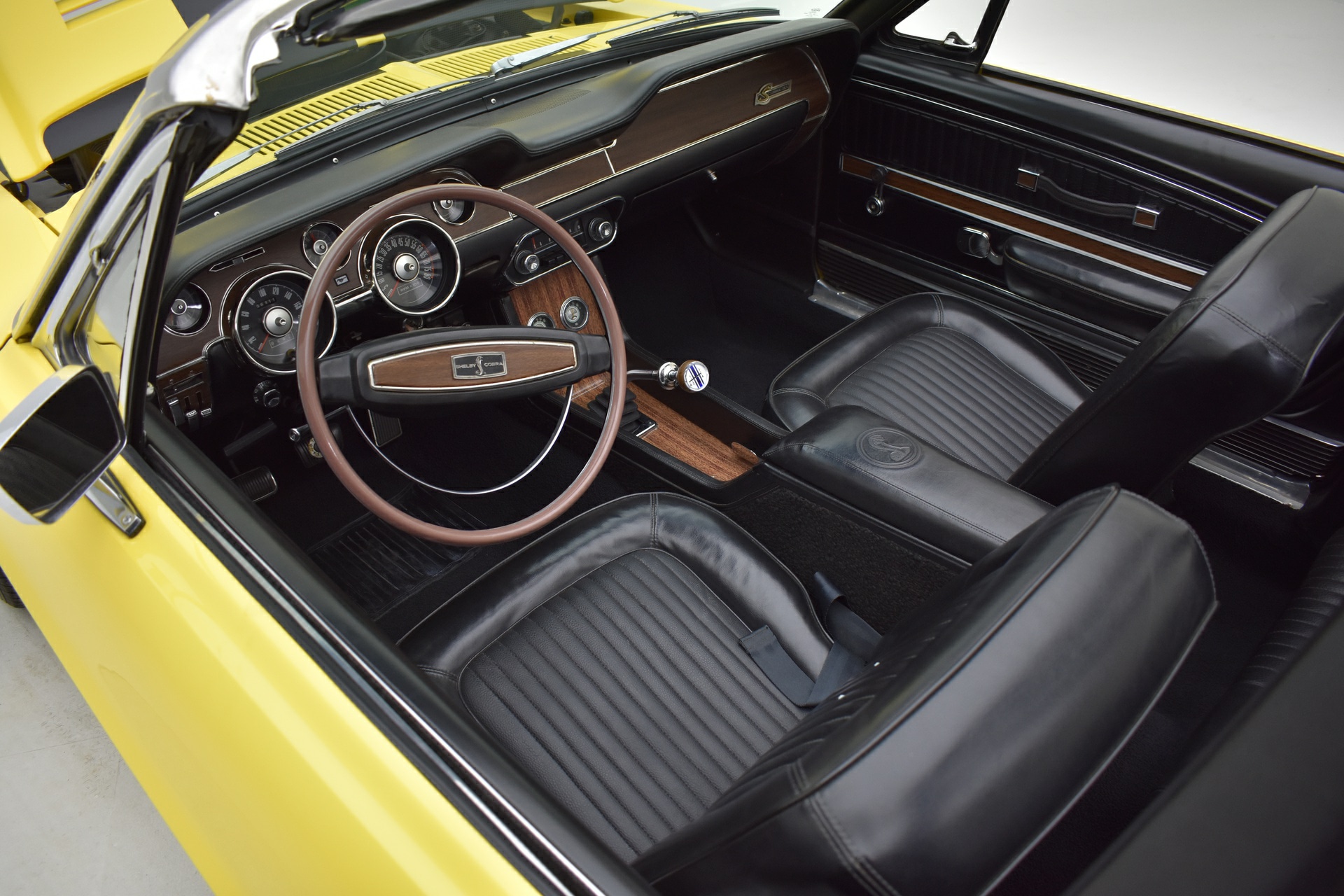 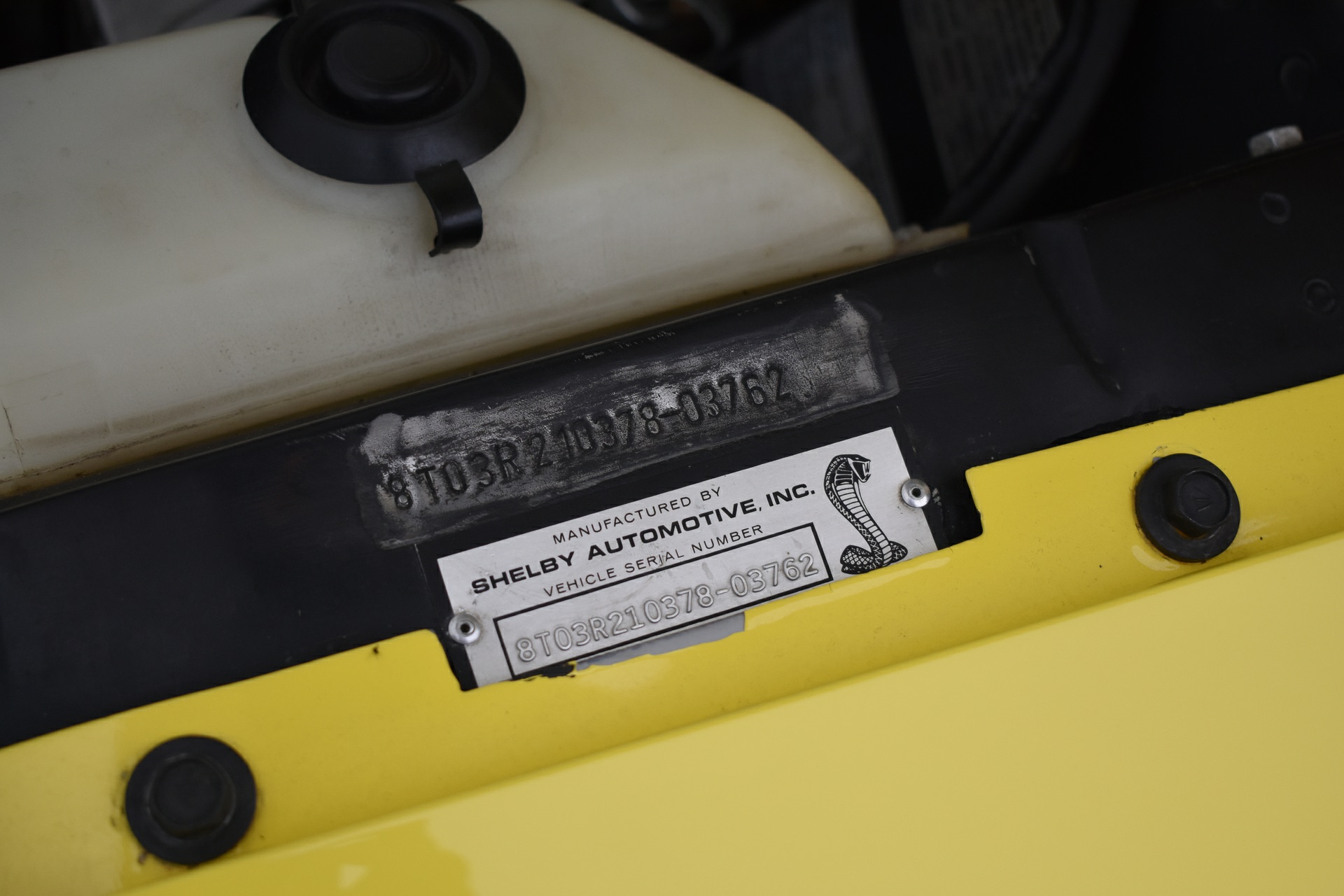 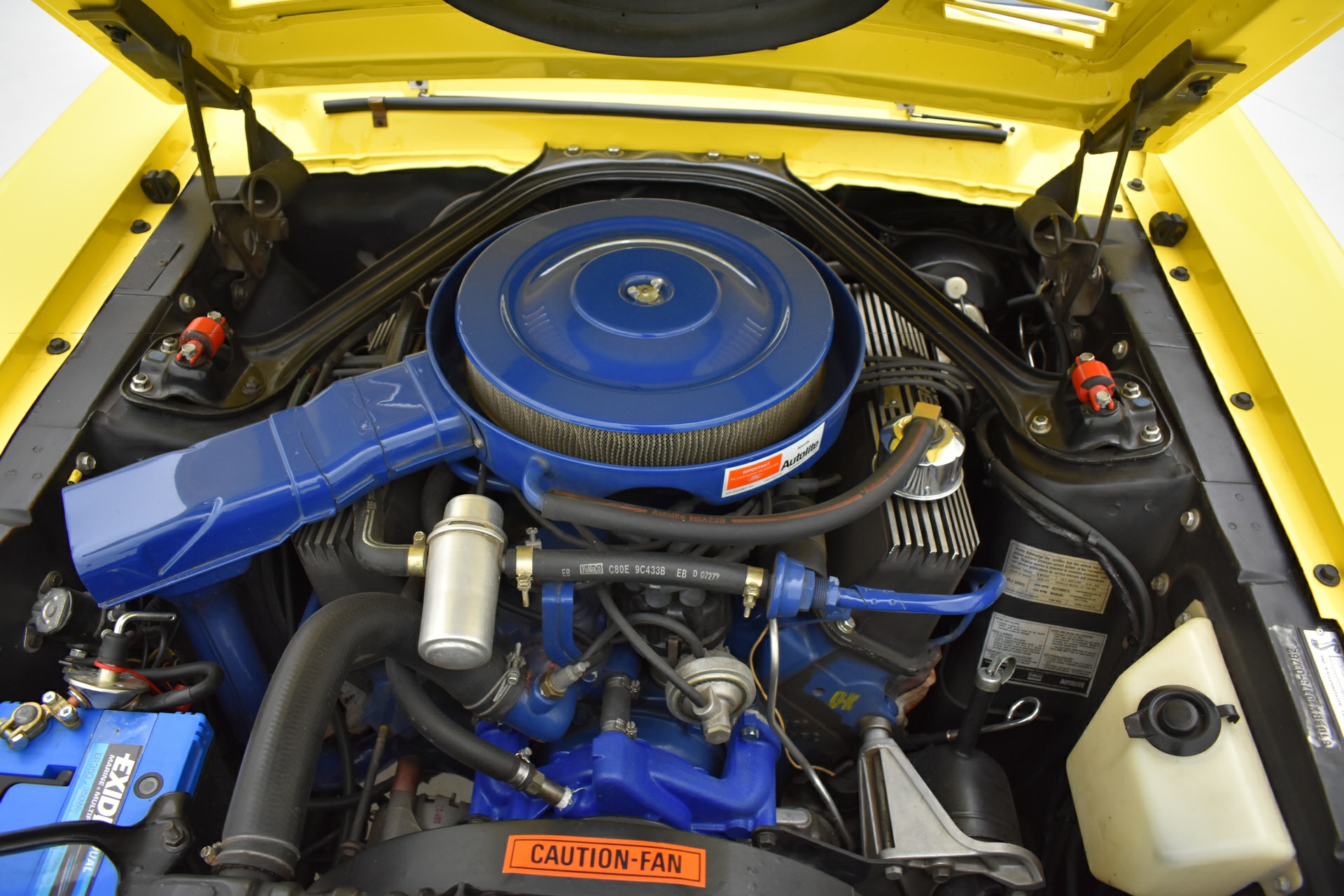 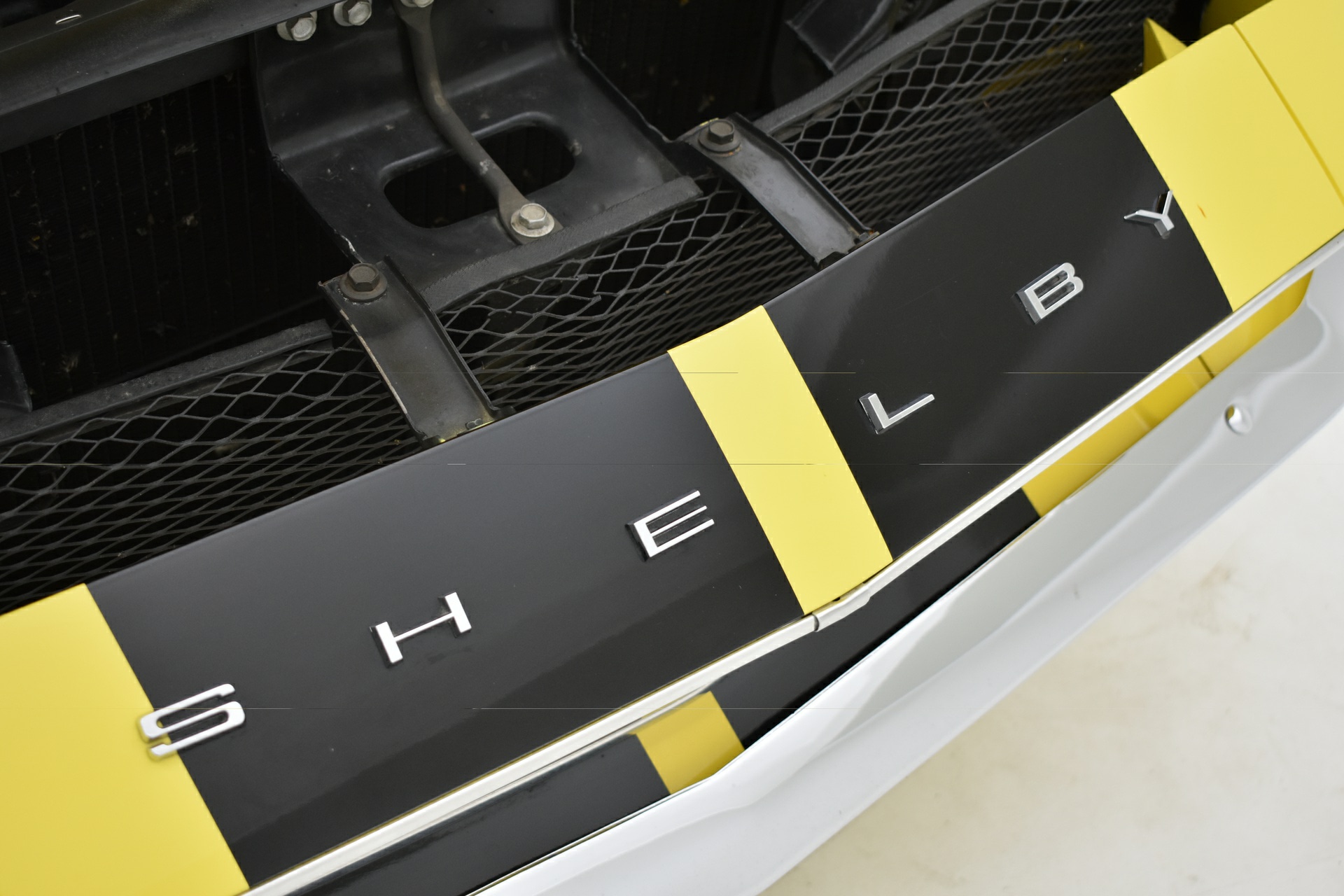 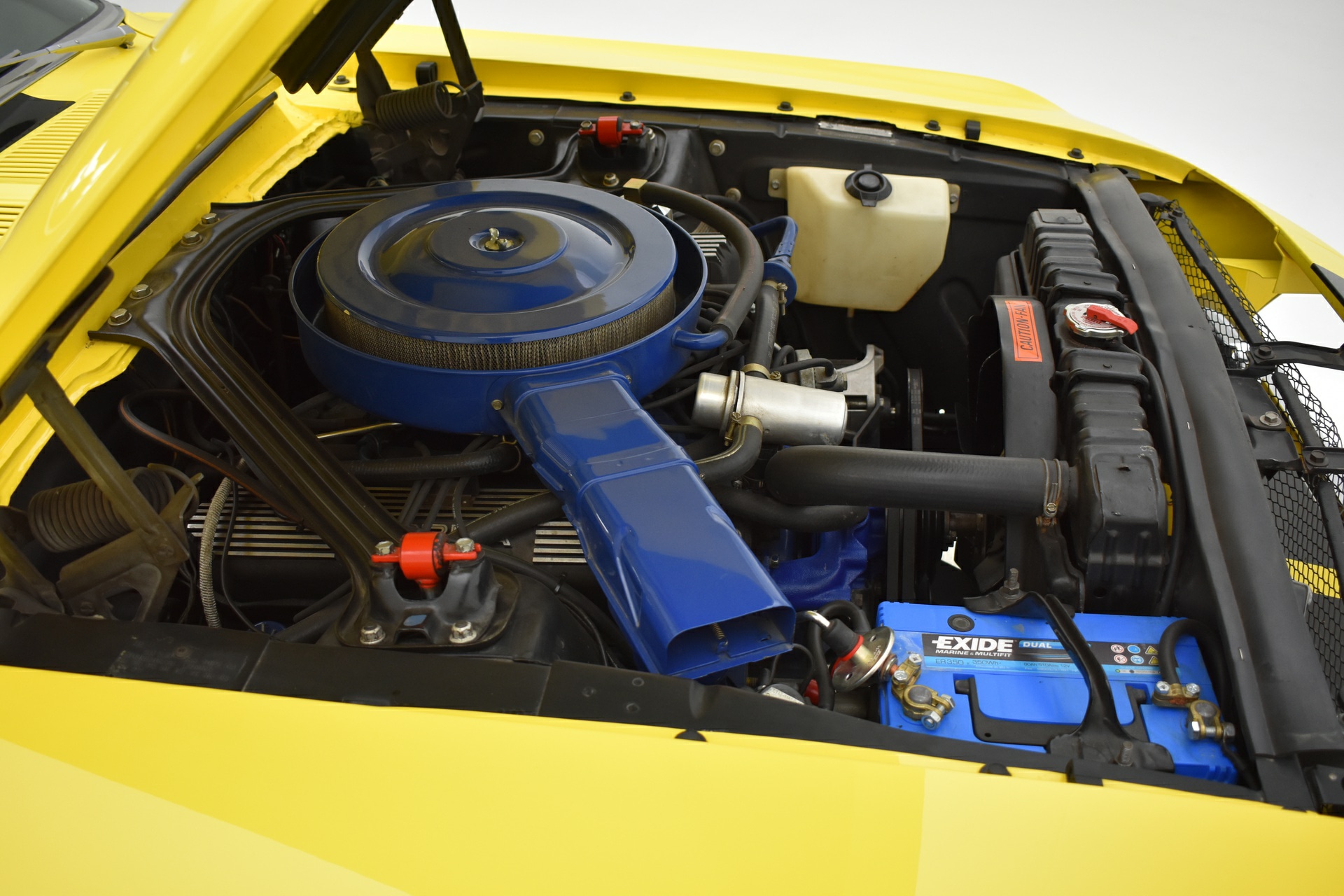 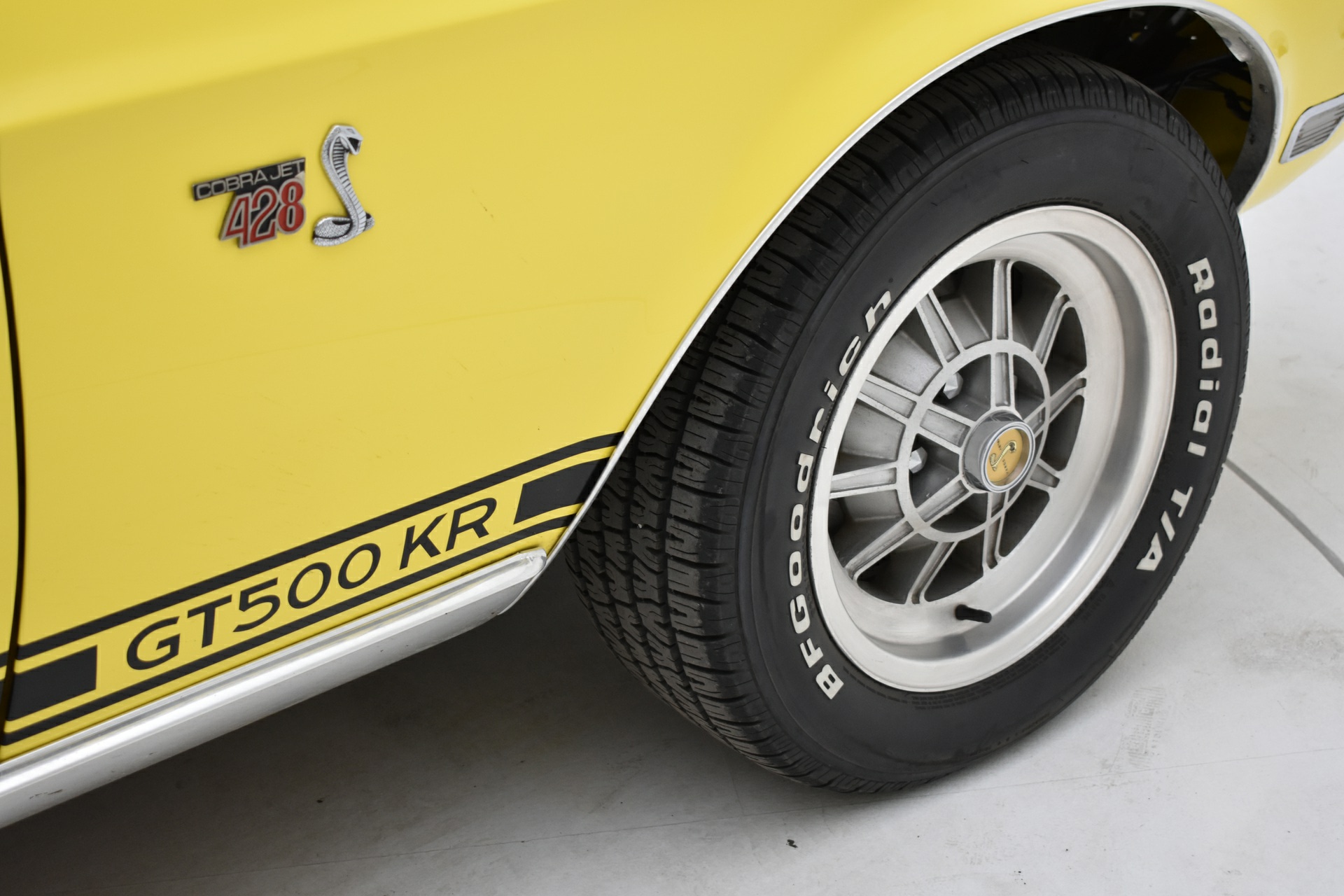 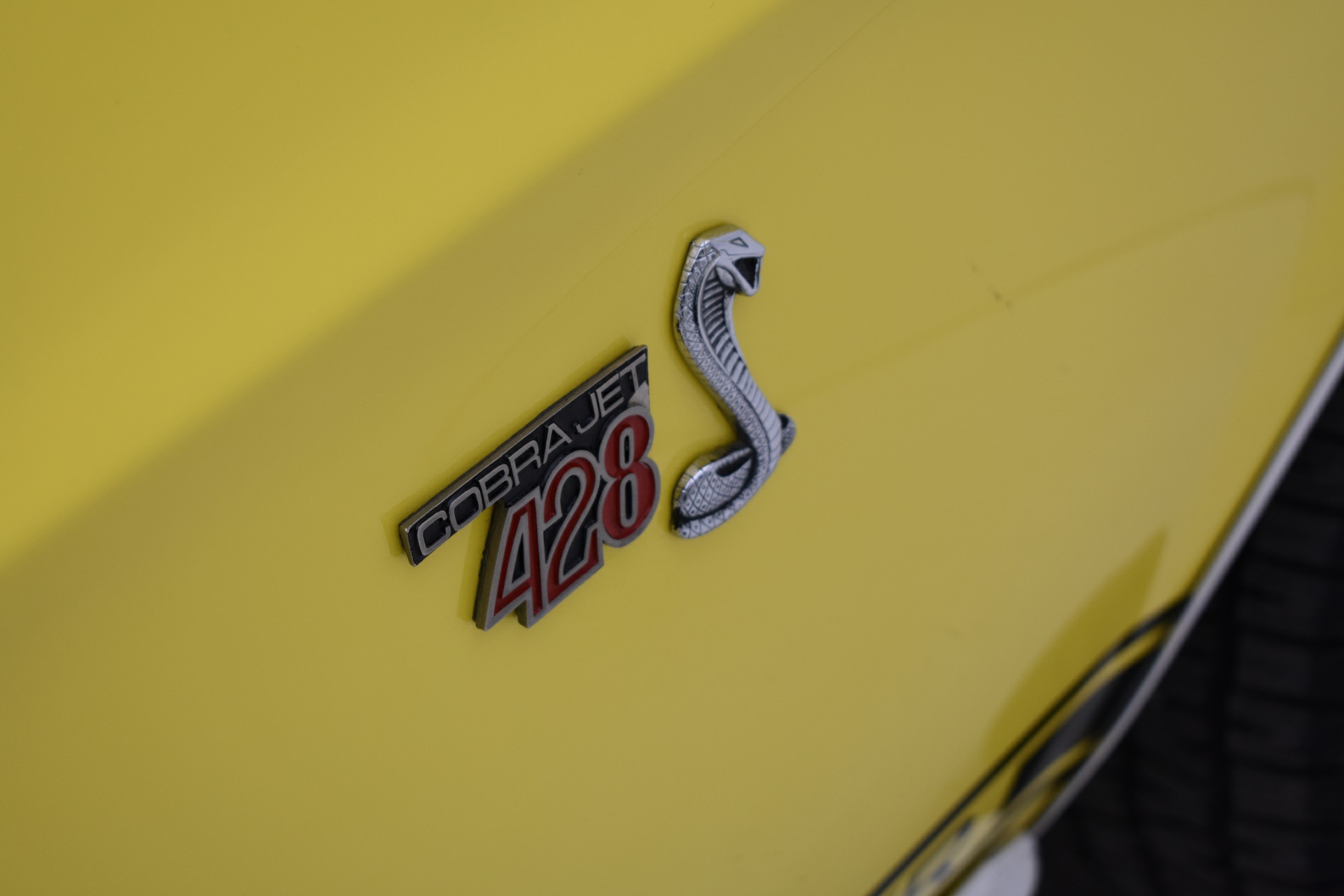 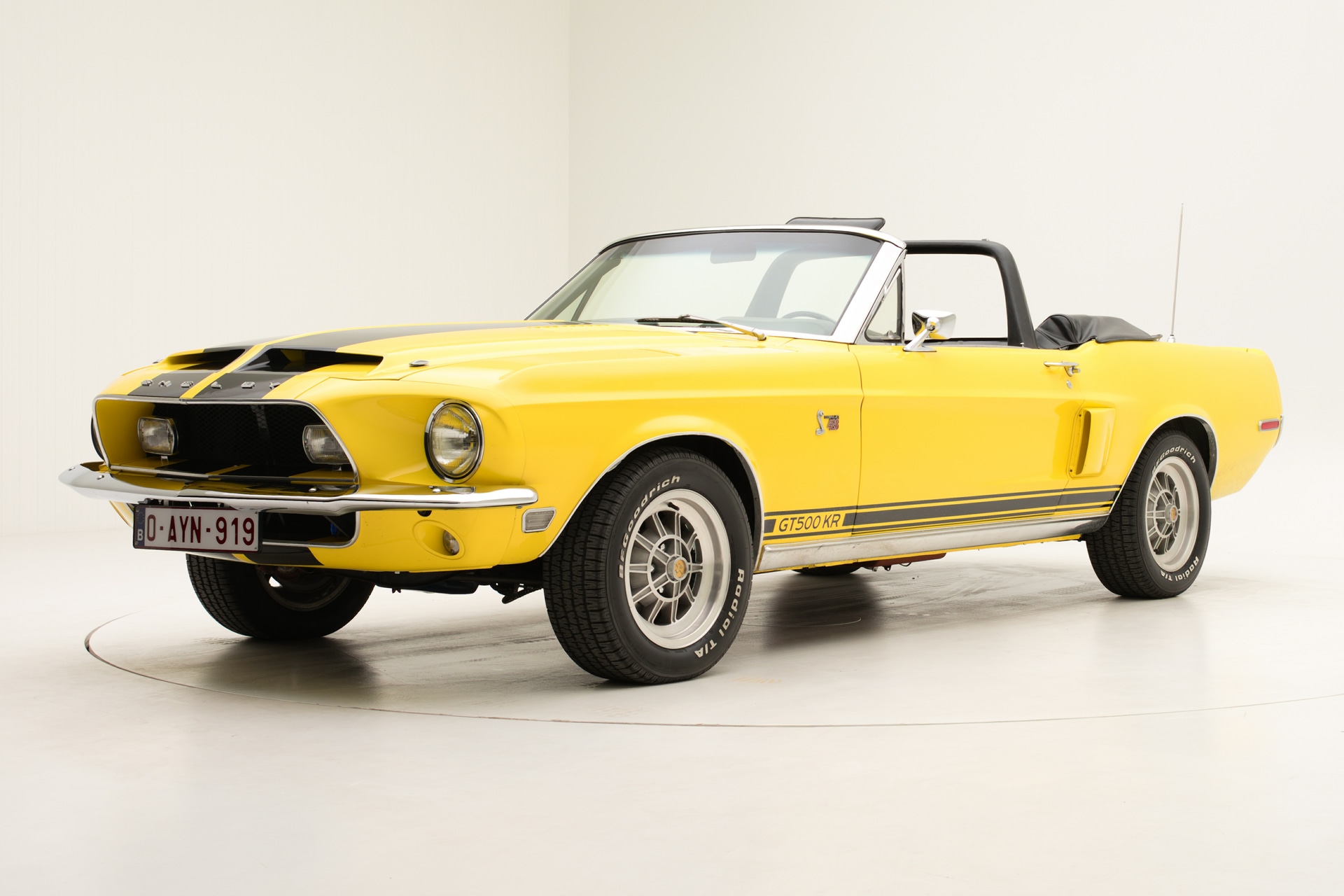 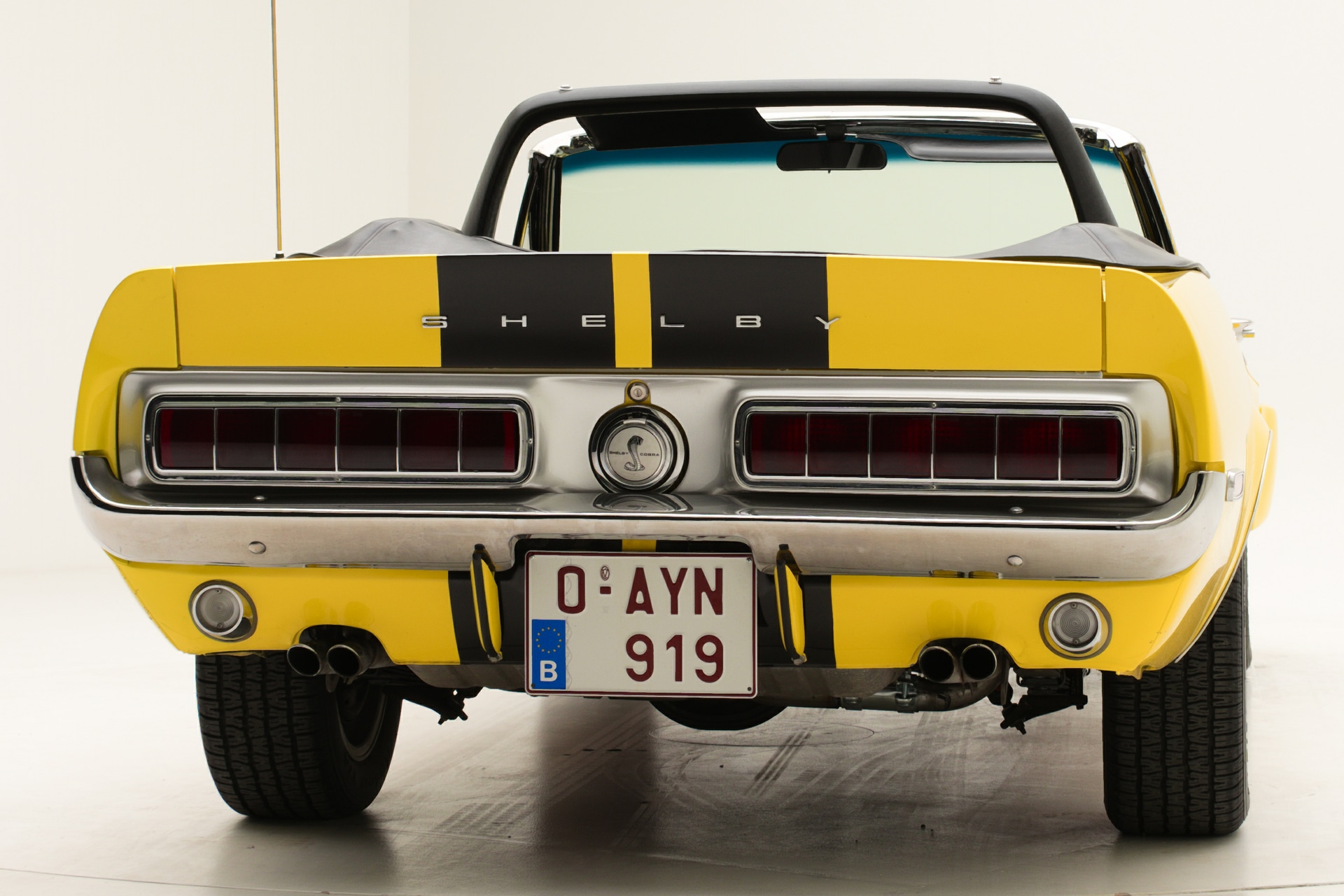 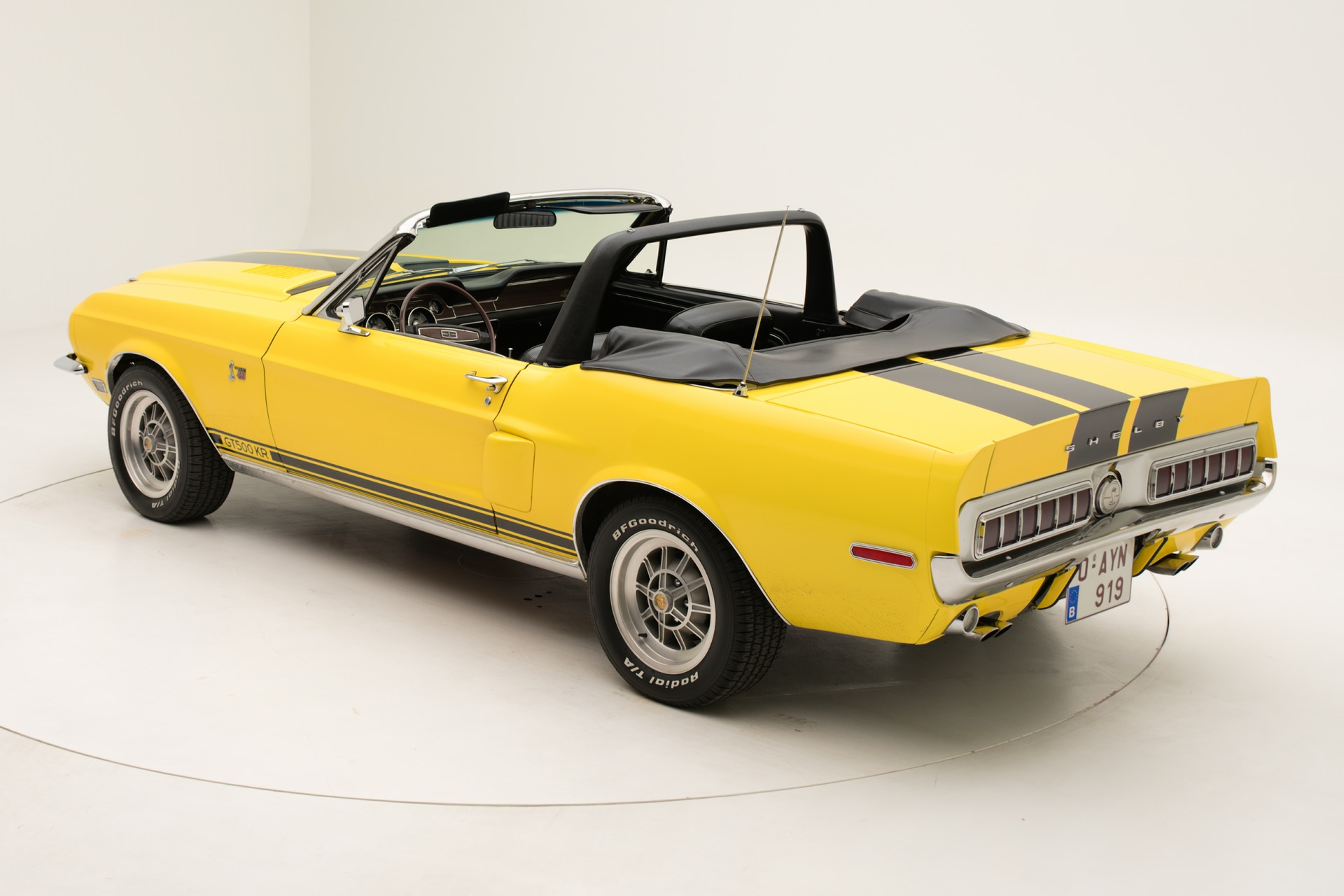 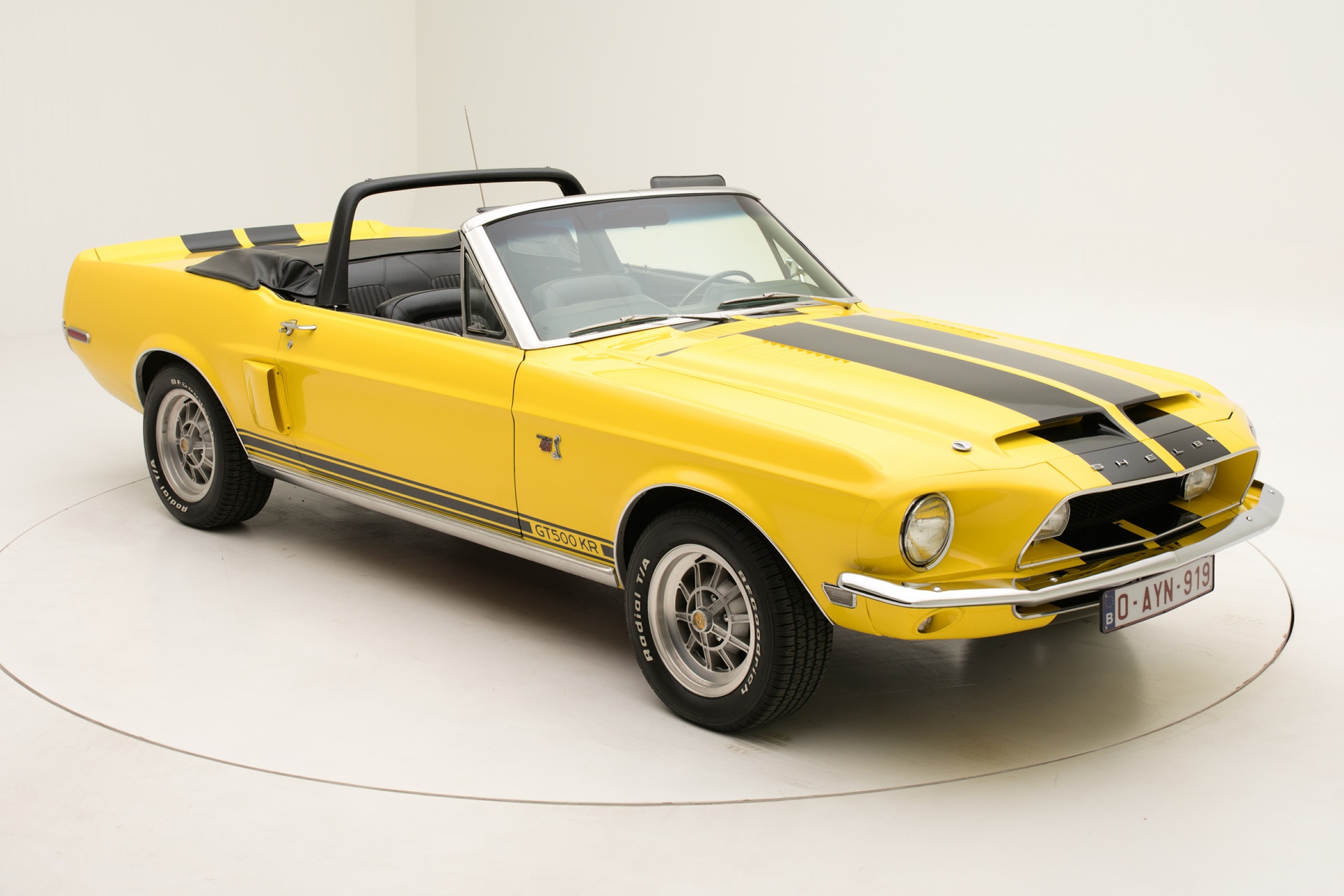 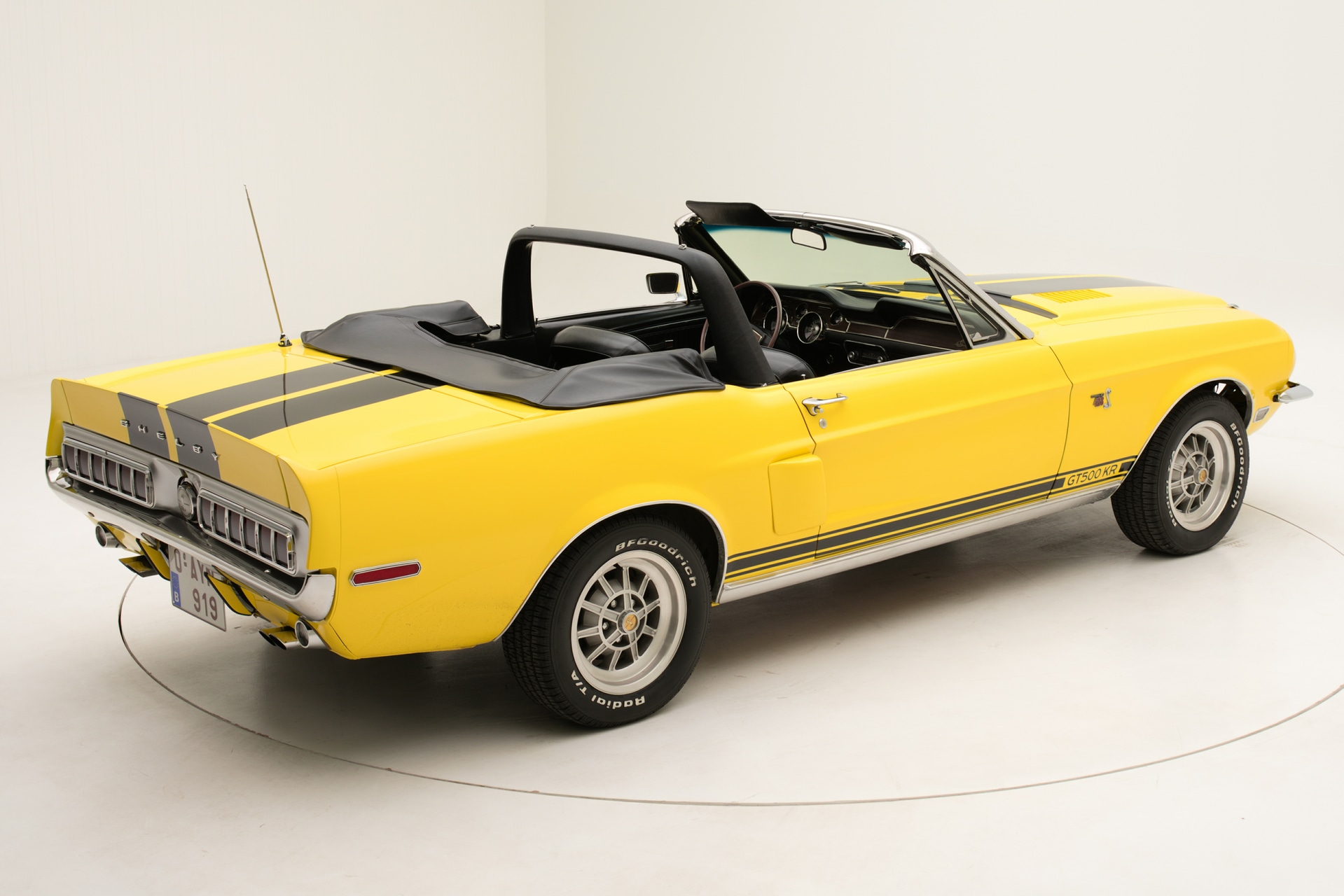 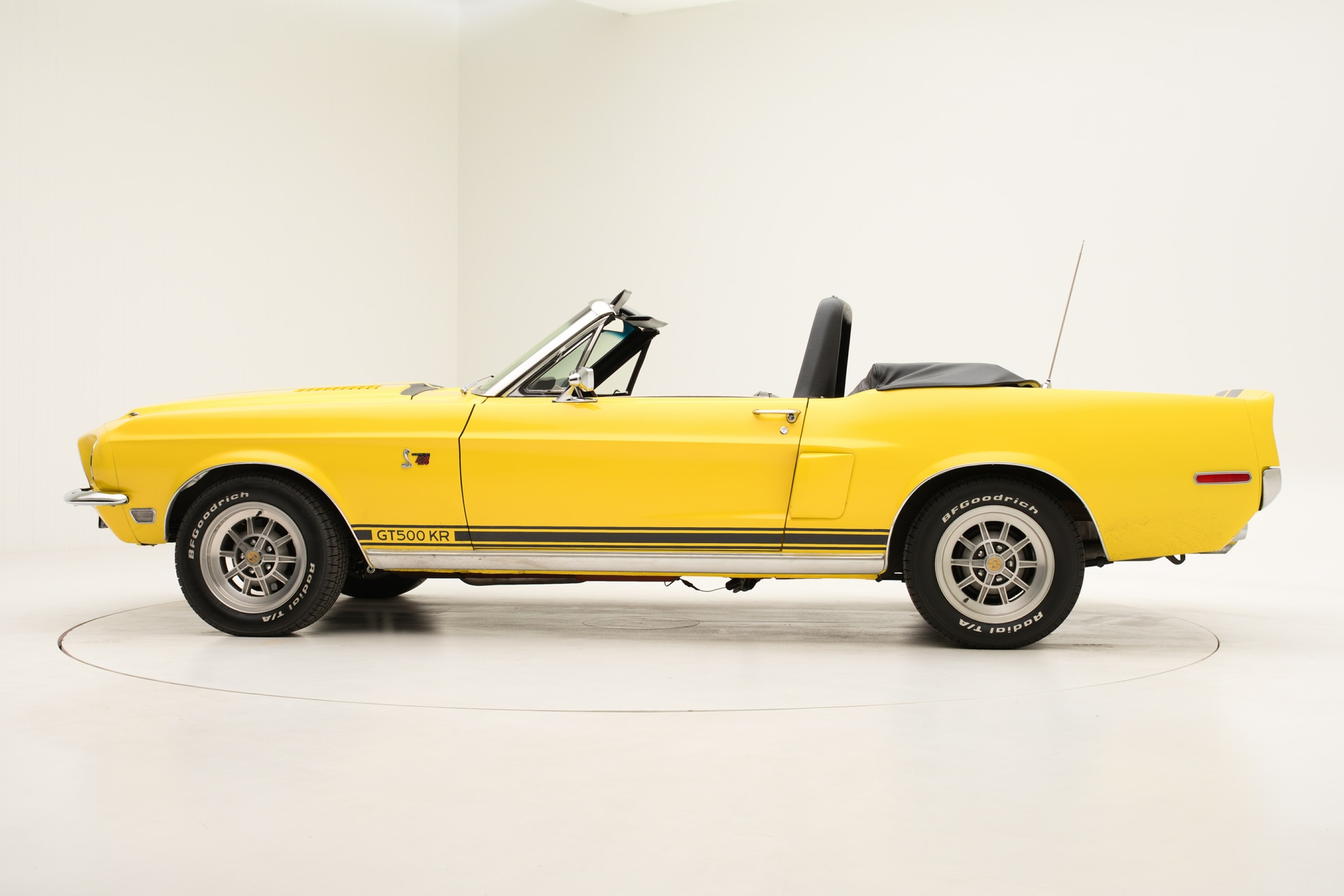 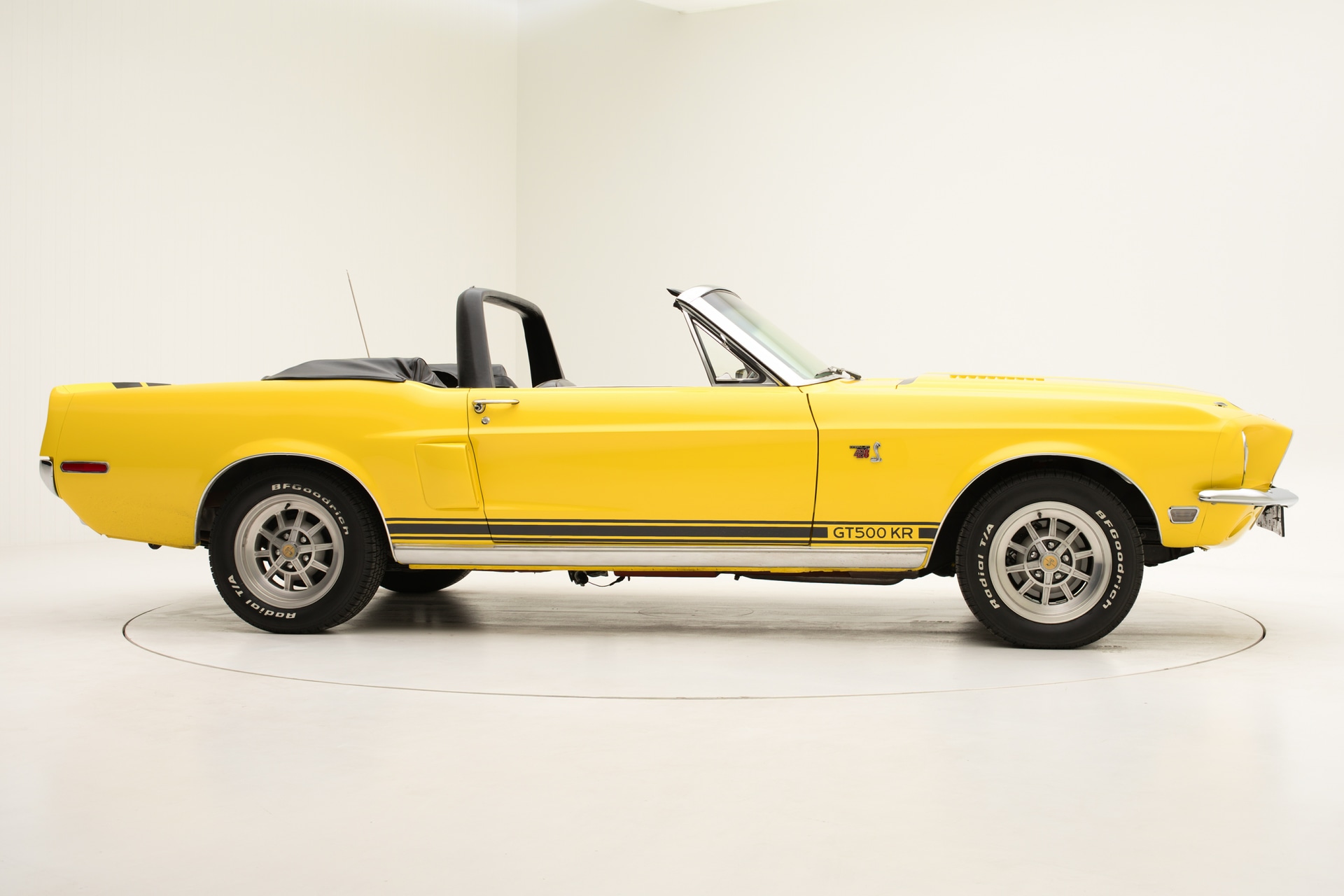 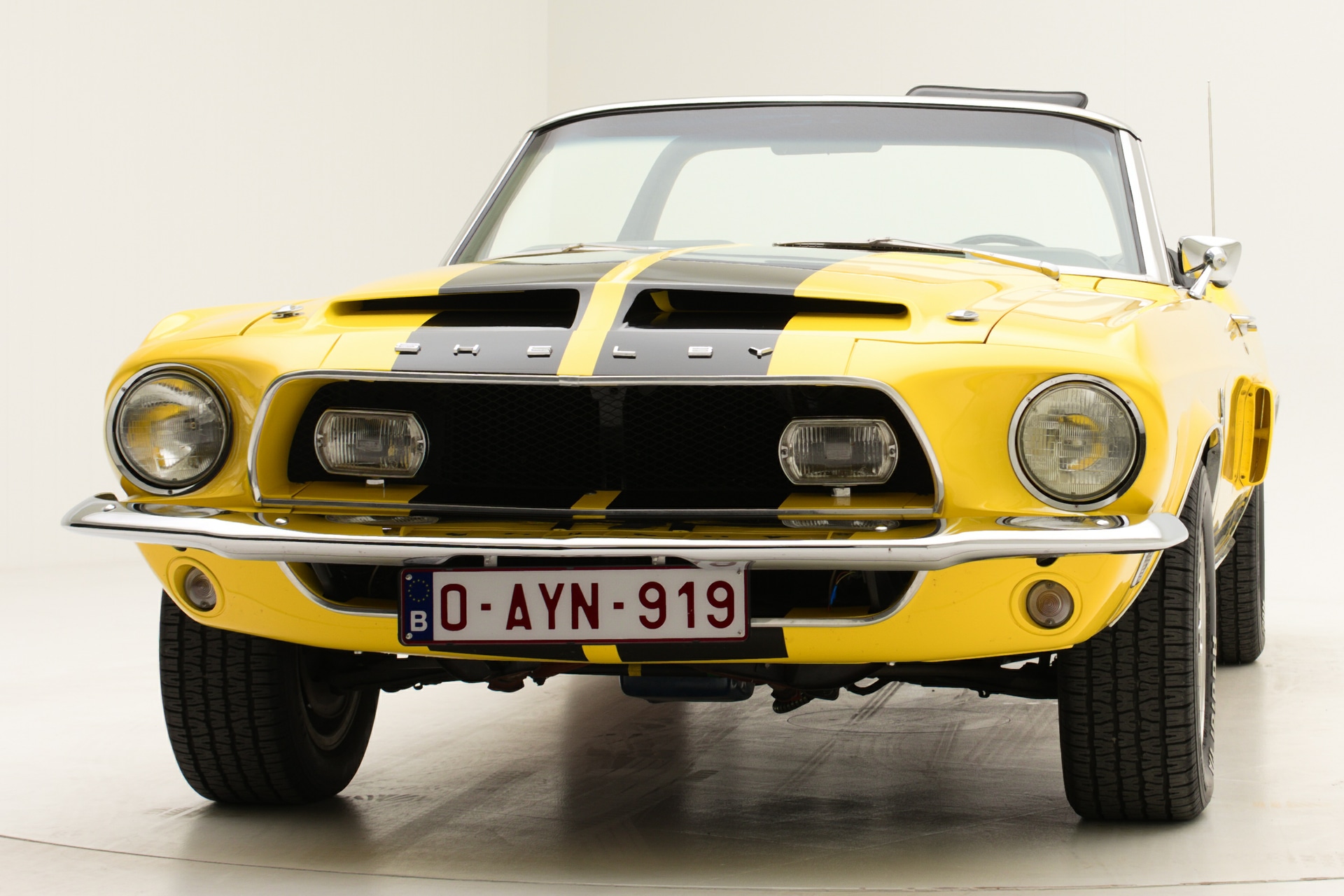 This matching-numbers GT-500KR convertible was built at Metuchen, on 18th June 1968, one day ahead of schedule, and comes with the all-important Marti Report confirming the chassis number. Retailed via B J Werner Inc of Garfield, New Jersey, it was delivered finished in Ford Yellow with Black Décor bucket seats. Equipped with the four-speed manual transmission and 3.5:1-ratio Traction-Lok rear axle, the Mustang was ordered with the following options: Black Power Convertible Top with glass rear screen; GT Equipment Group; Visibility Group; power steering; power front disc brakes; Tilt-Away steering column; AM radio; and the Interior Décor Group. The car's early owners are not known prior to 2001, when it was acquired by Antony Alesandro of New Jersey, who kept it until 2014. Restored in 2014, the Shelby was purchased in the USA last year and imported into Switzerland. Accompanying documentation consists of restoration invoices, FIVA papers, US certificate of Title, Swiss customs paperwork, and the aforementioned Marti Report.The GT-500 KR was only offered for the 1968 season, during which period 933 coupés and 318 convertibles were made. Today this rare model is one of the most desirable and sought after of all Mustang variants.