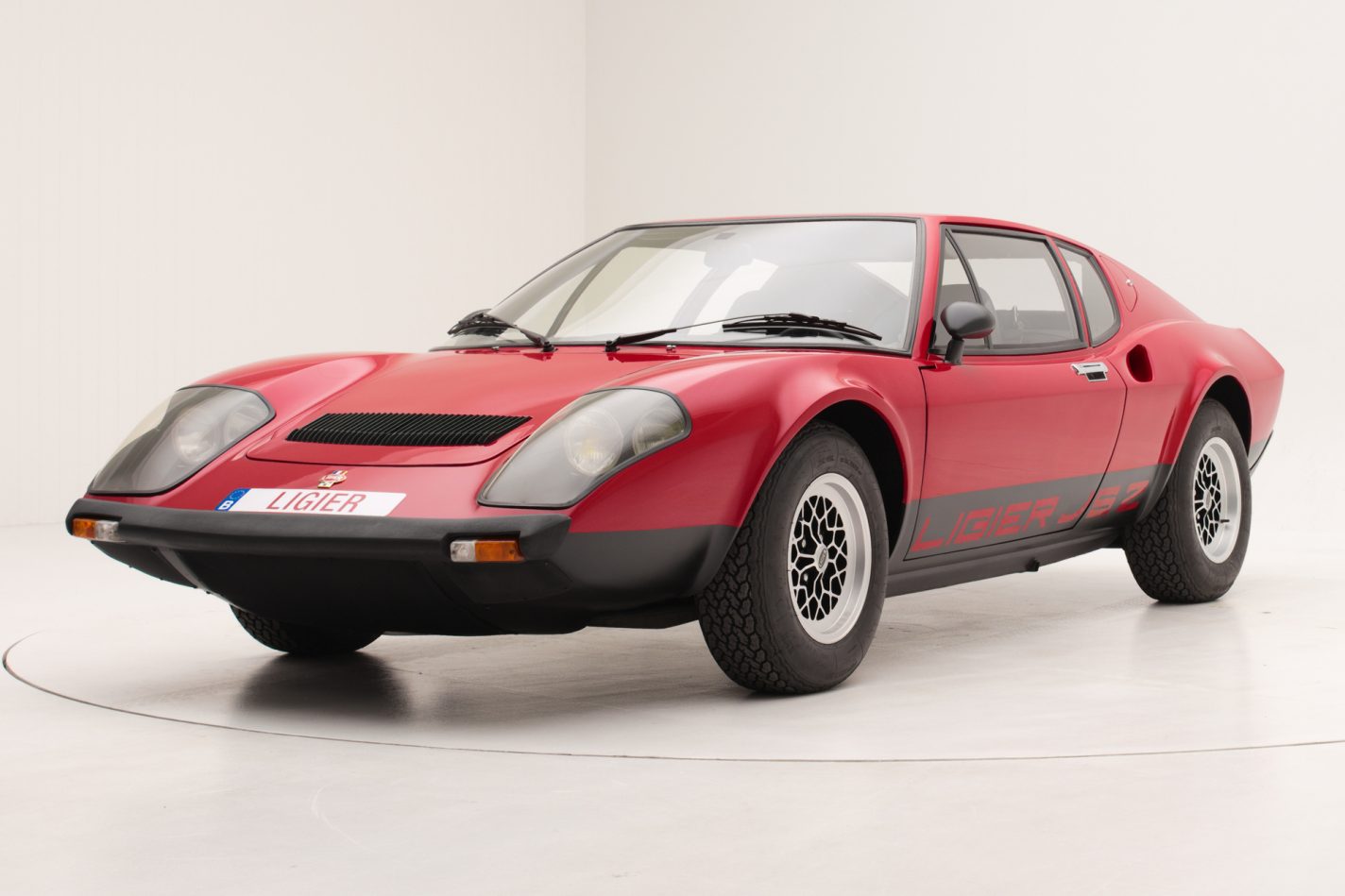 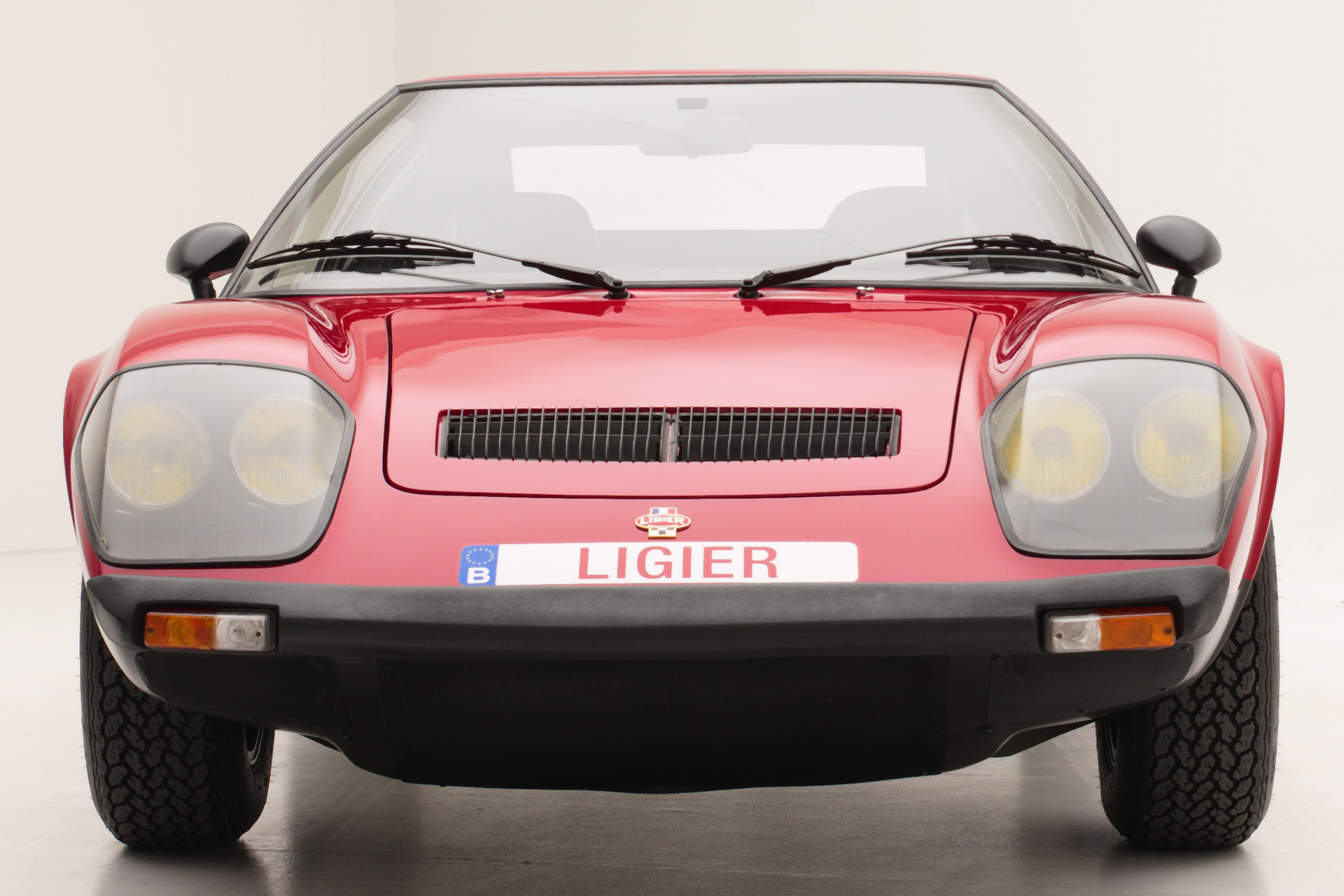 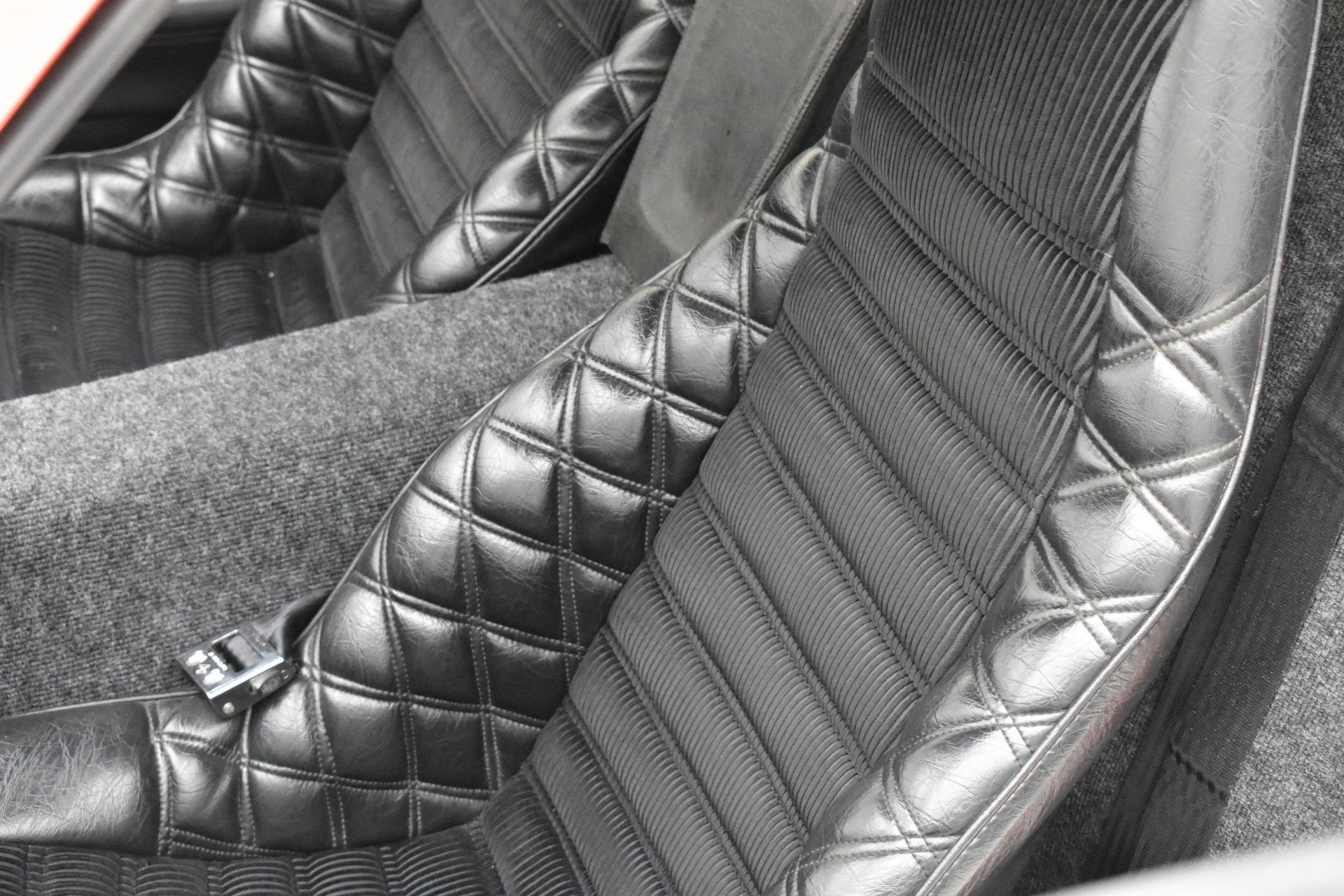 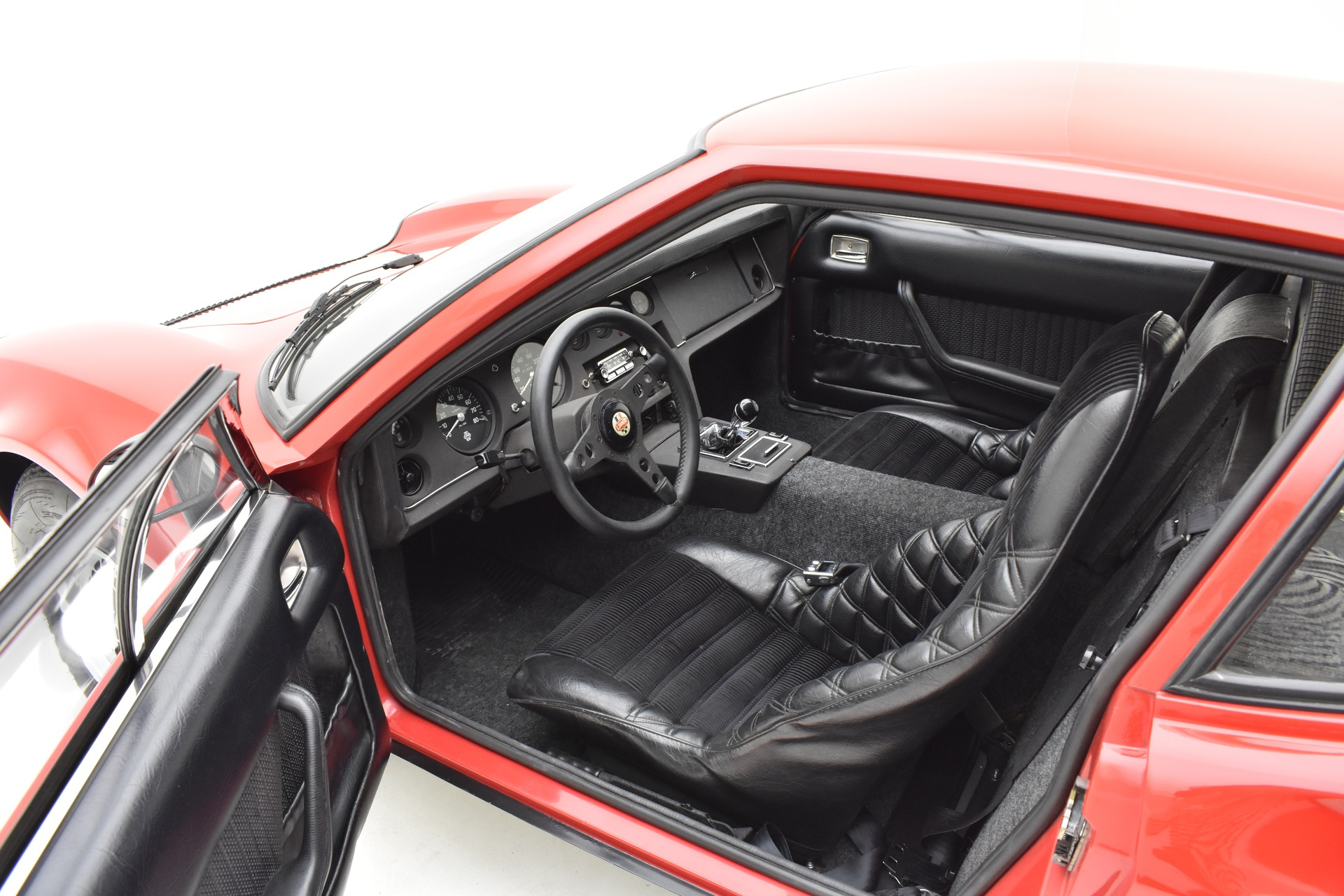 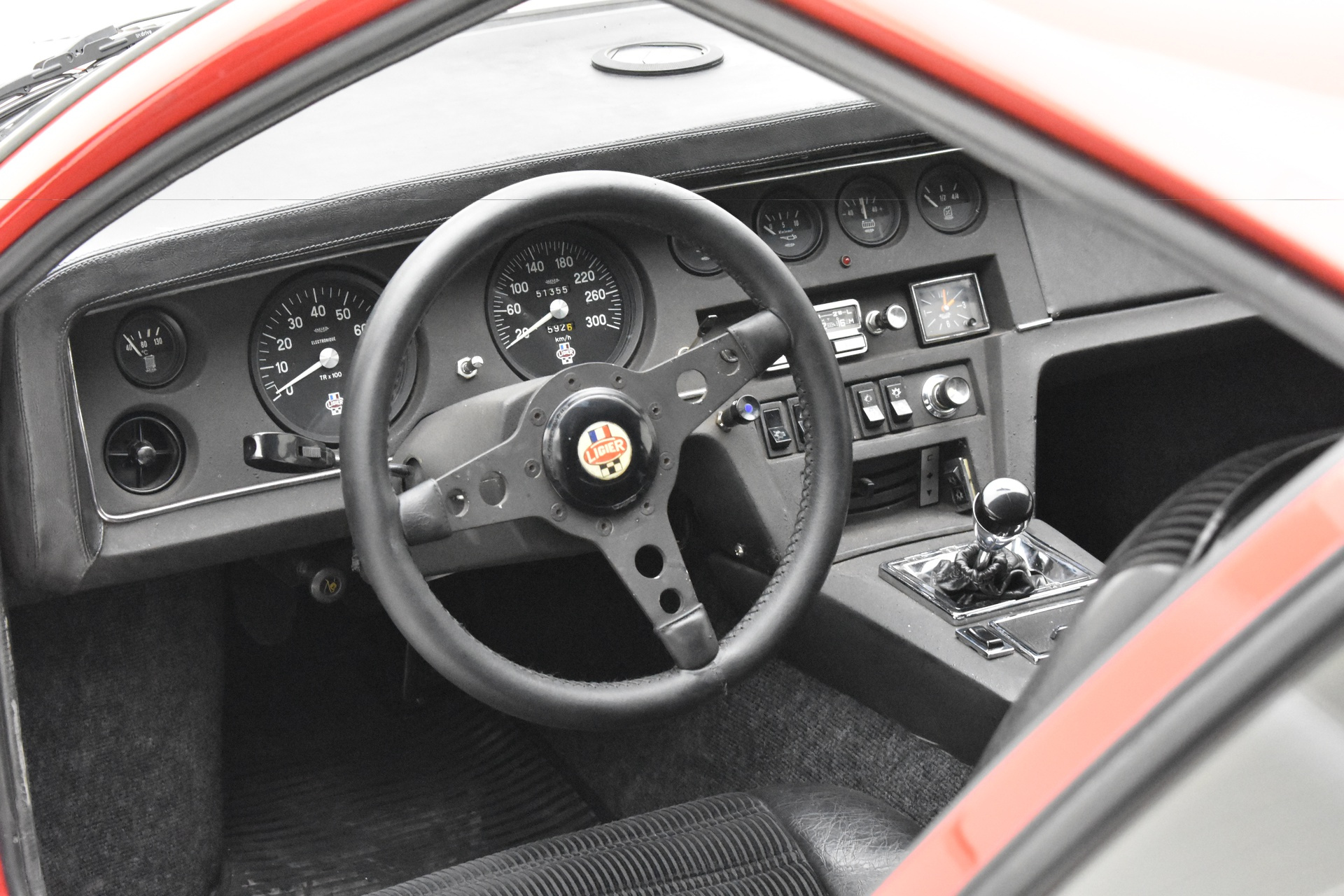 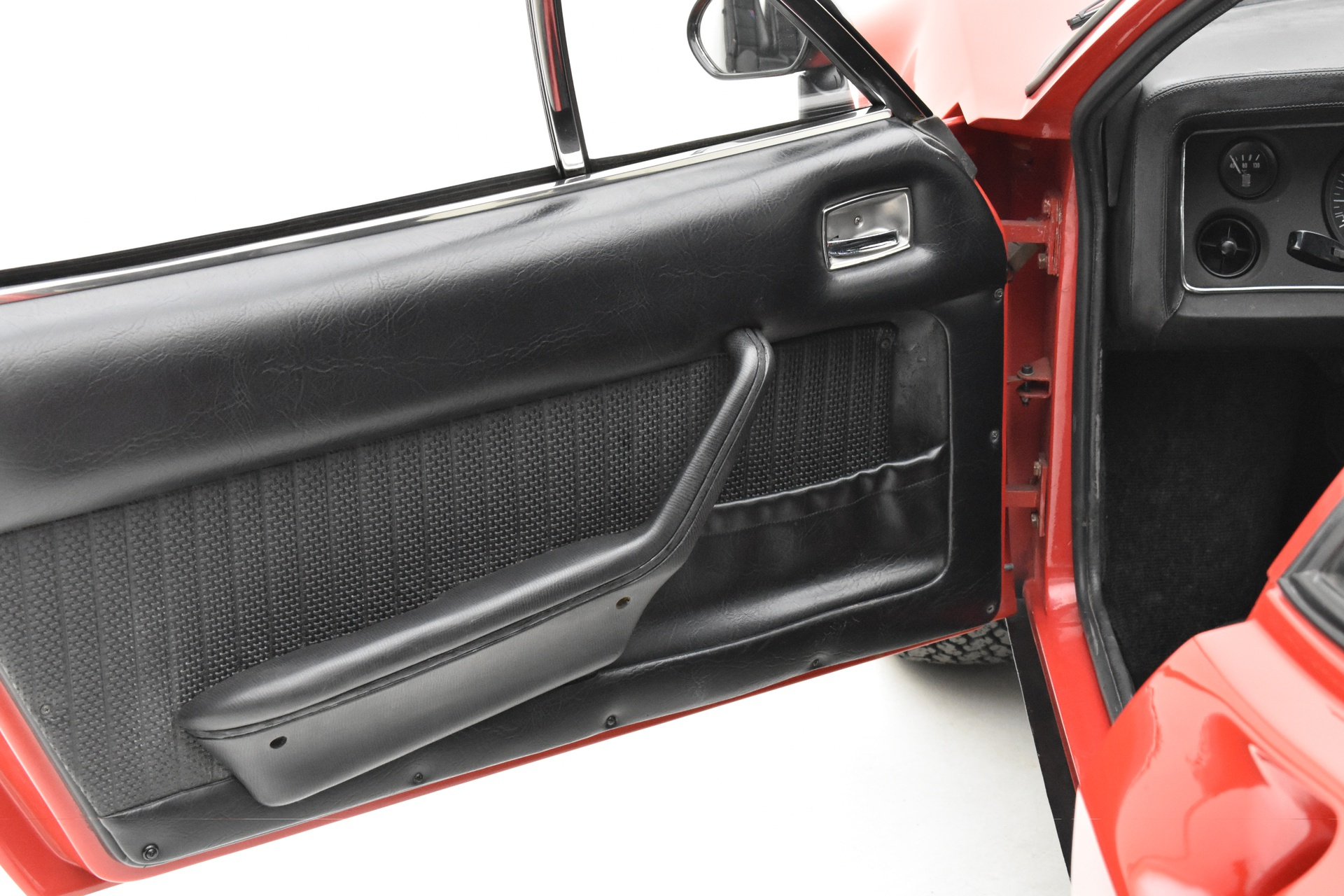 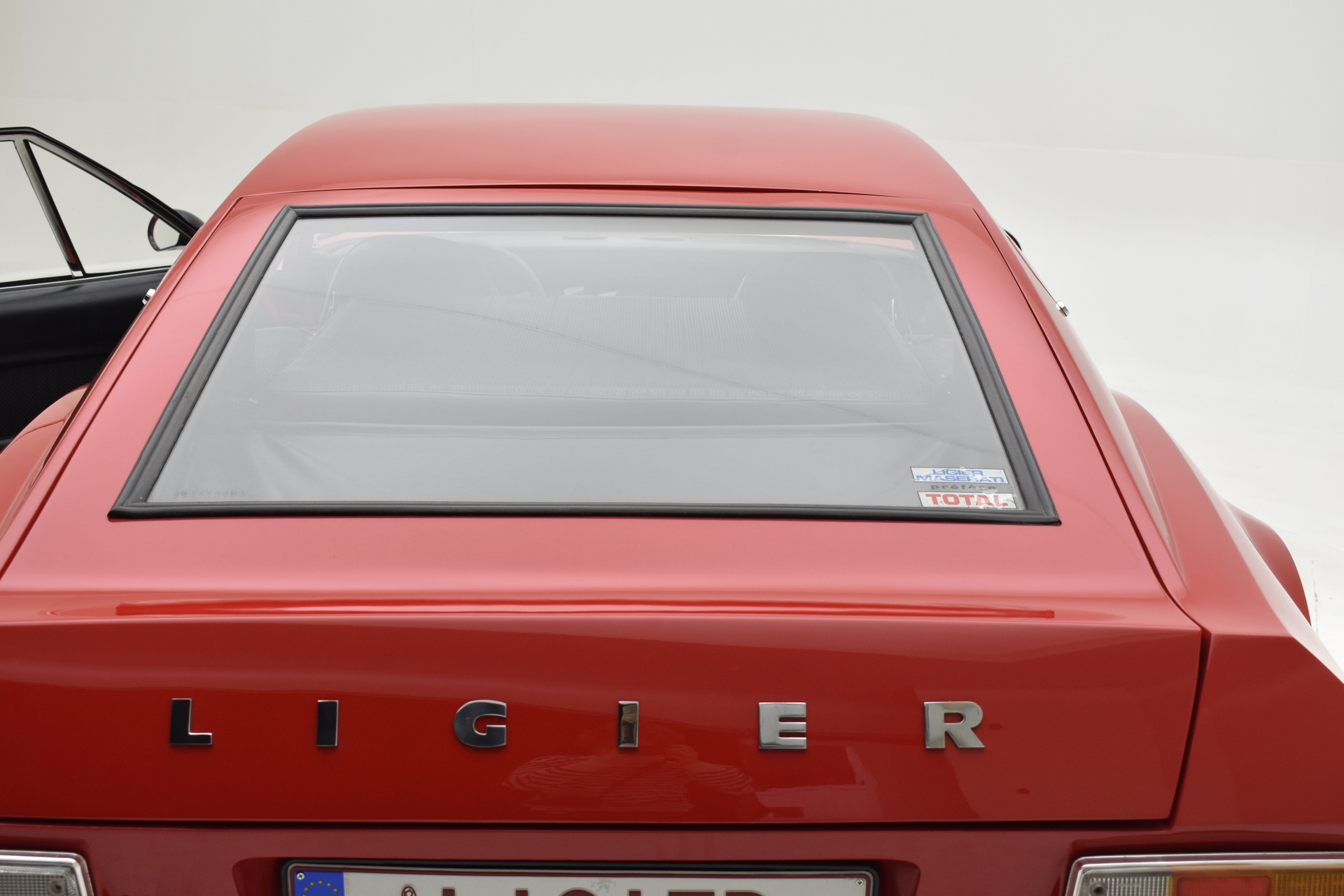 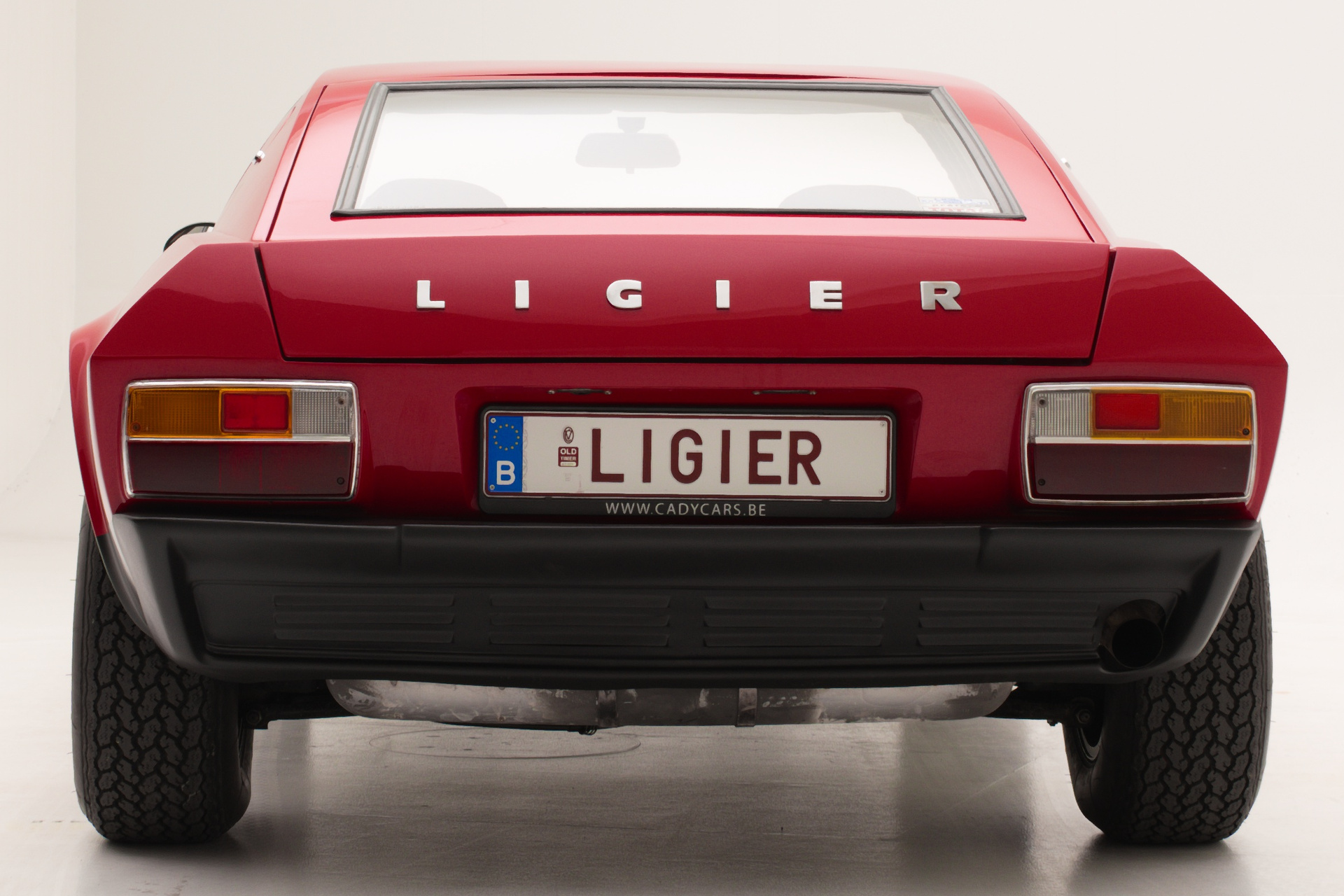 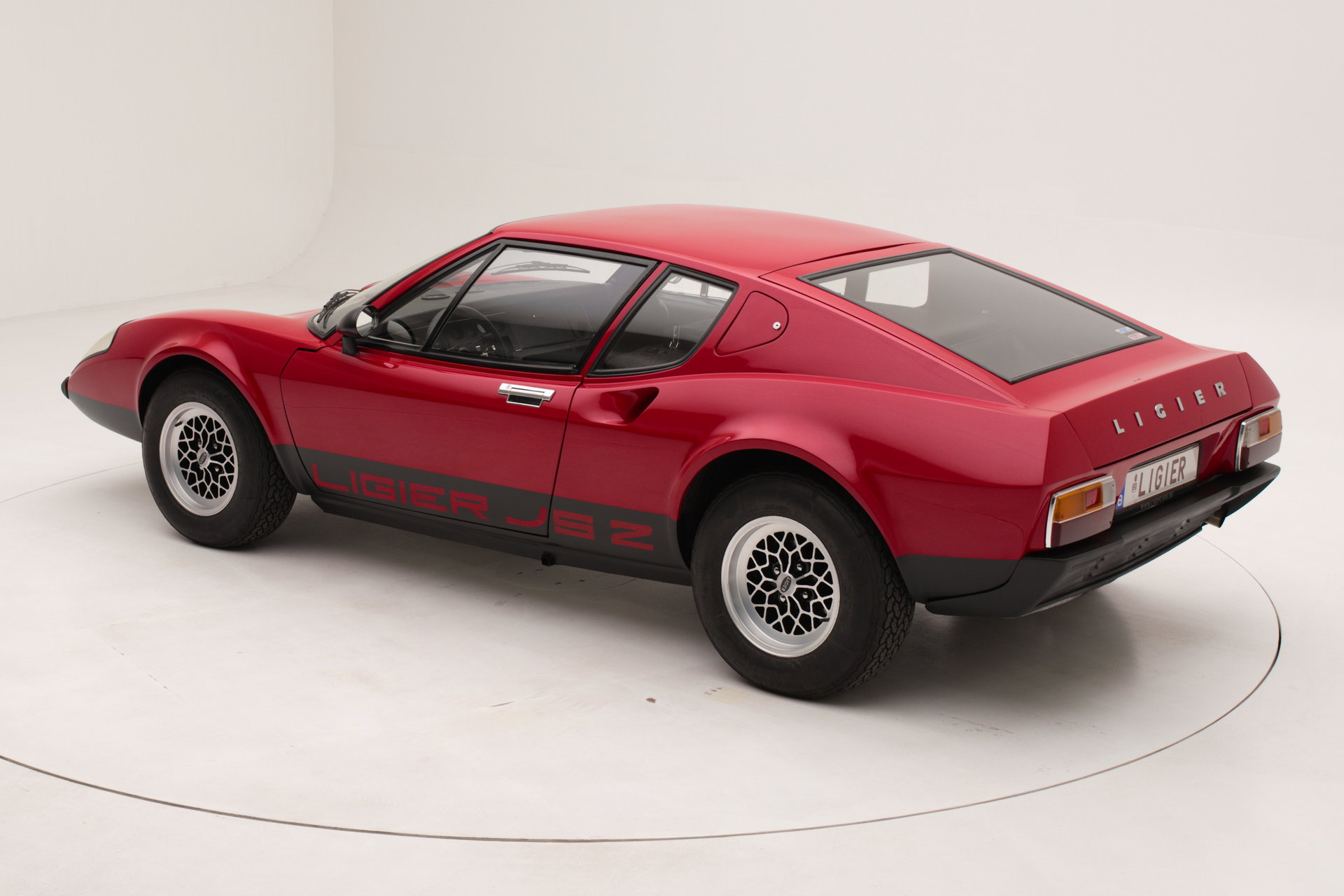 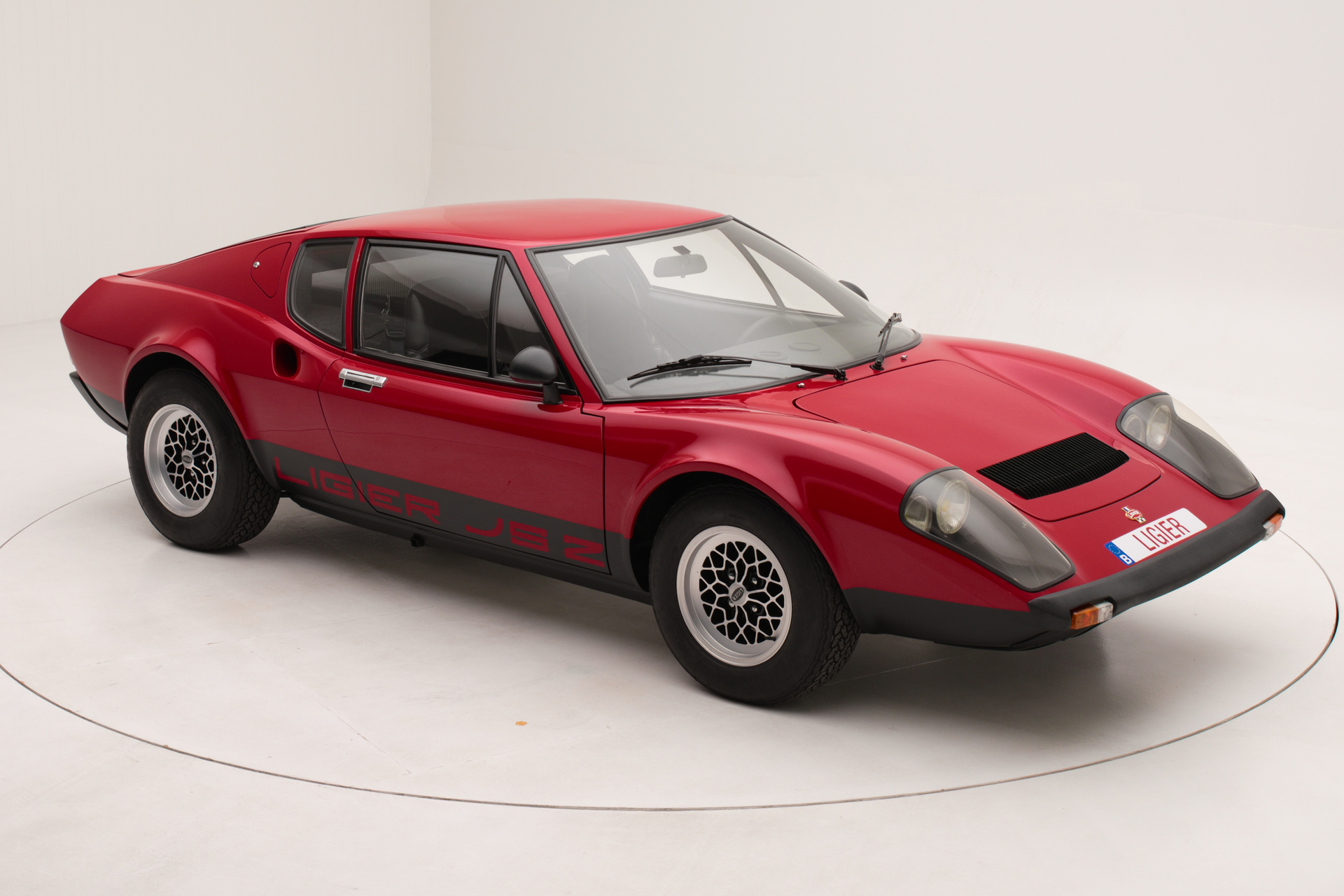 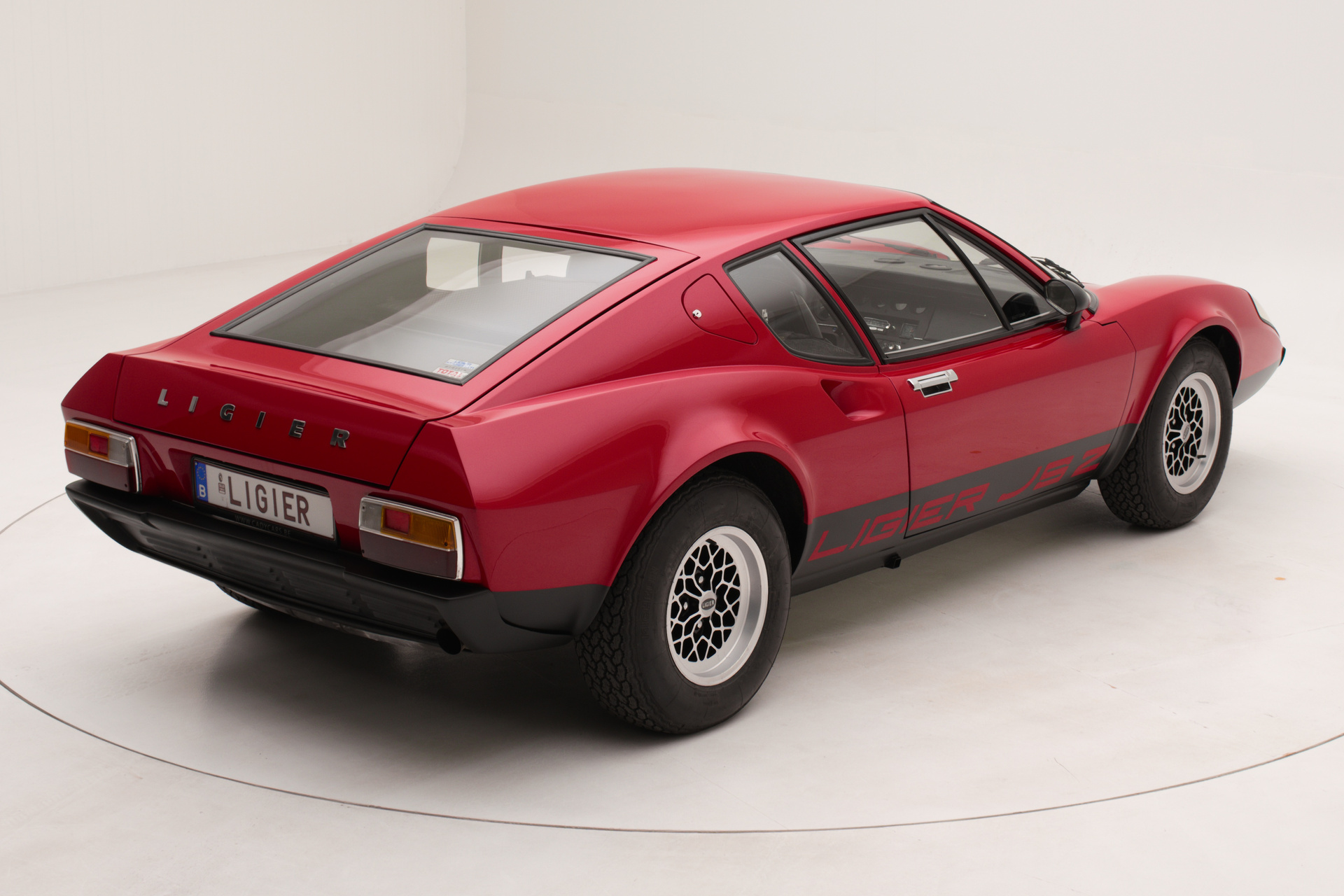 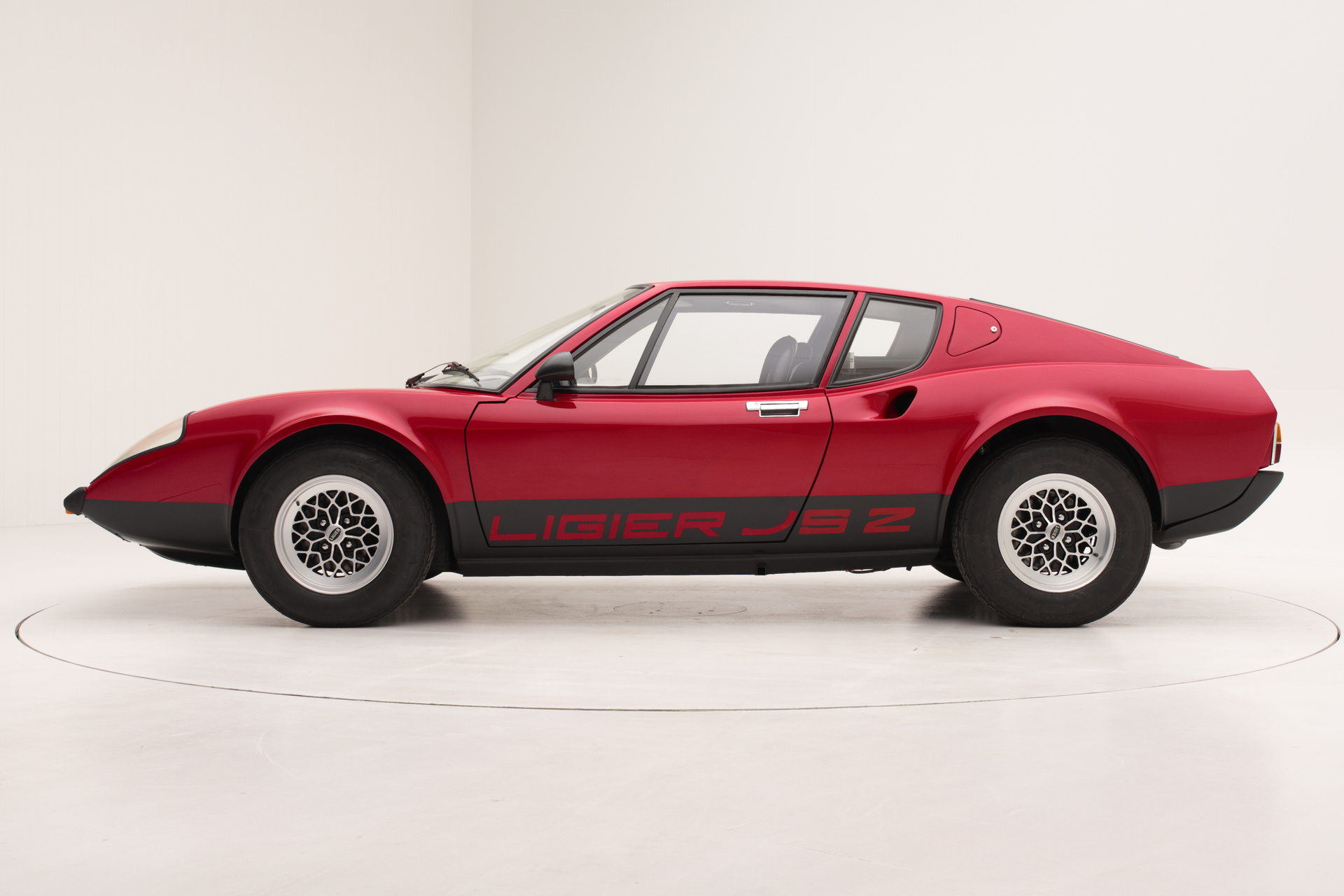 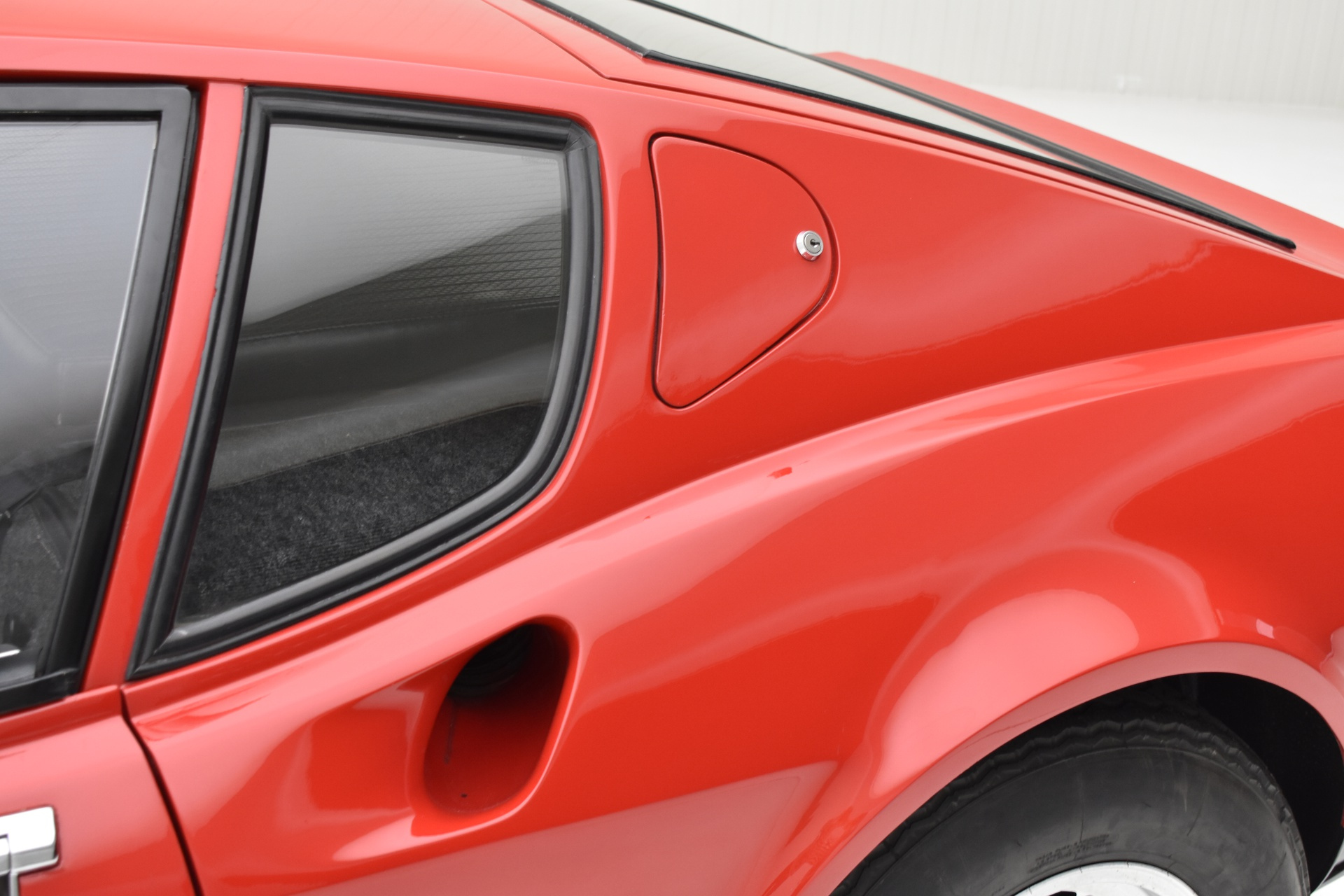 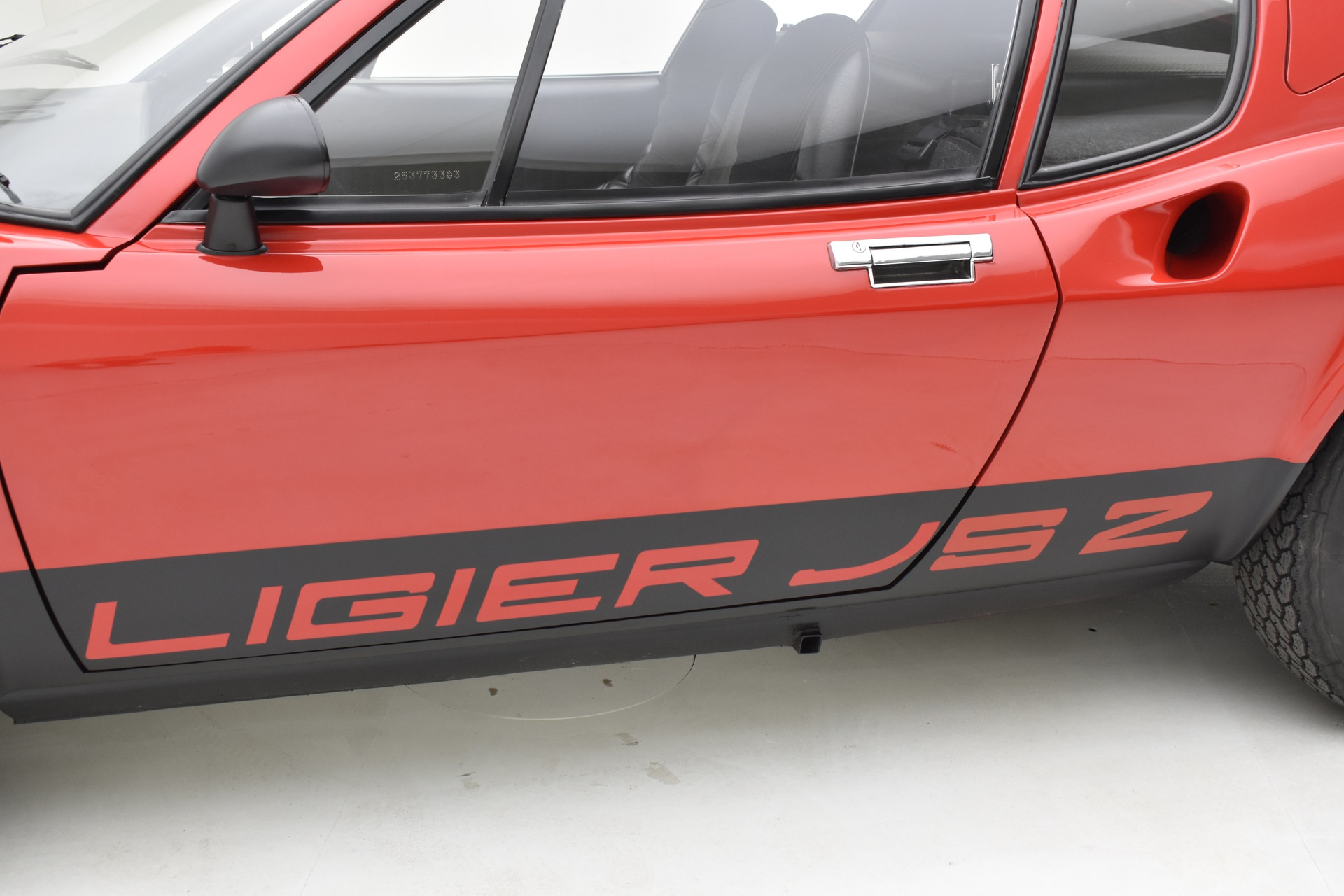 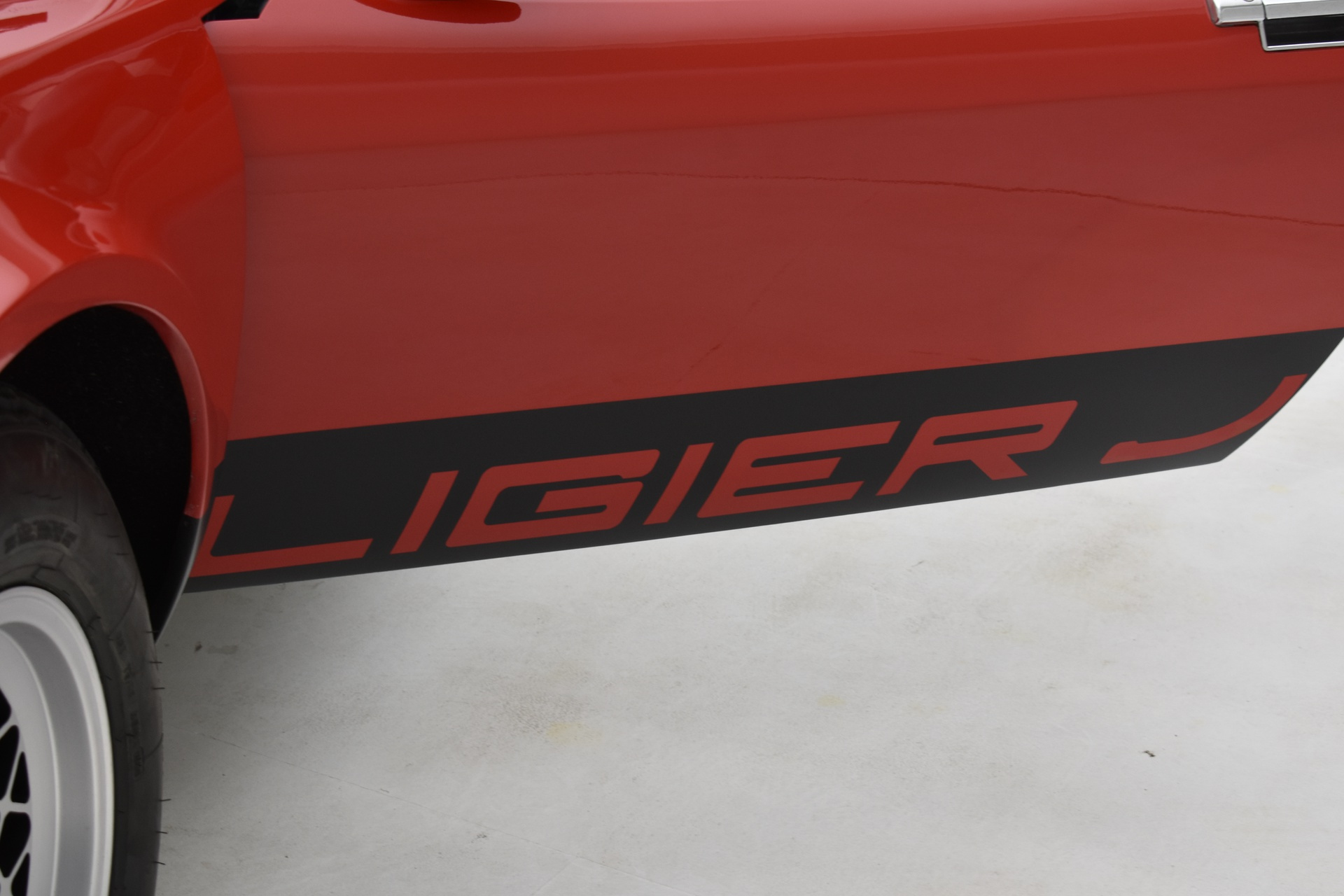 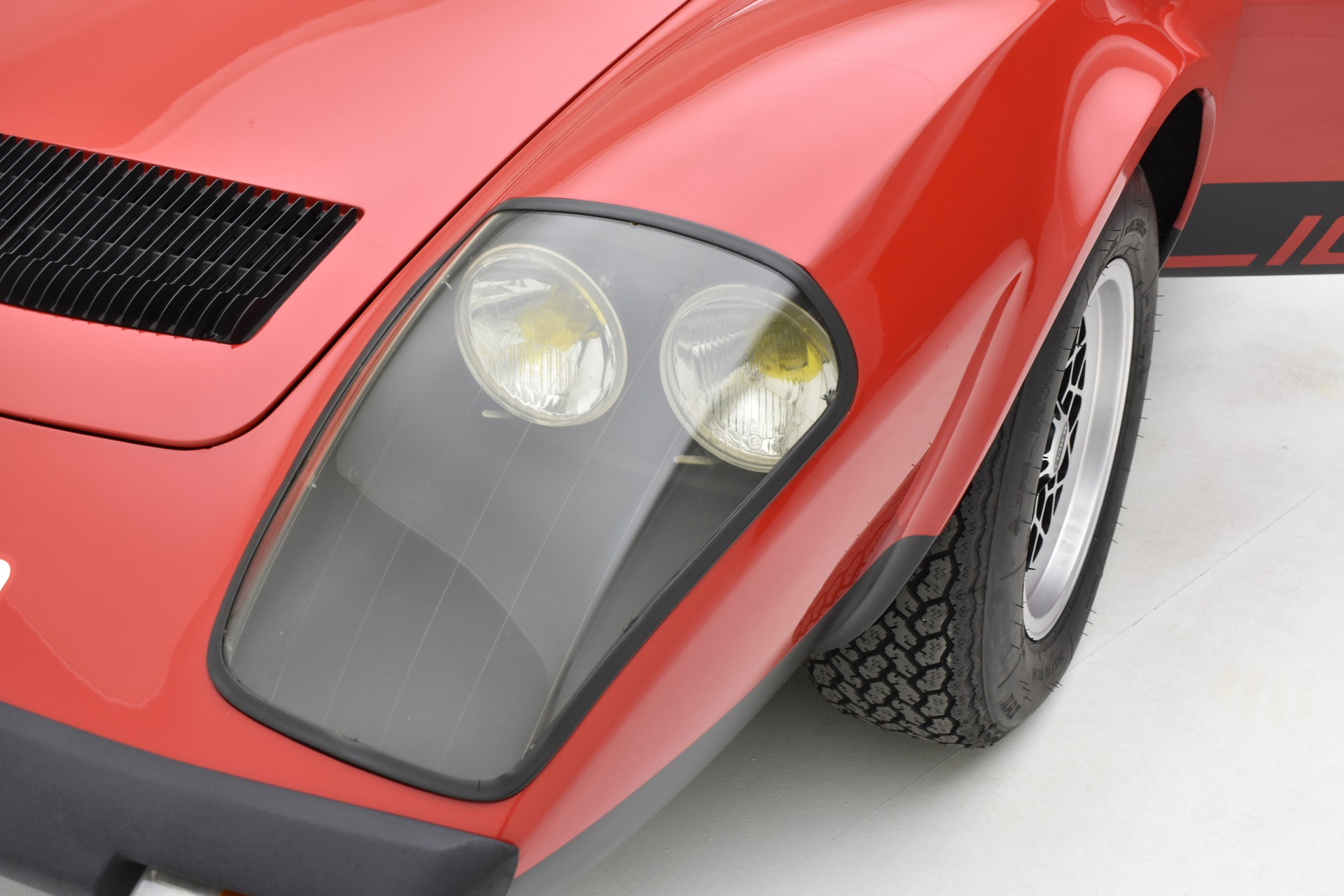 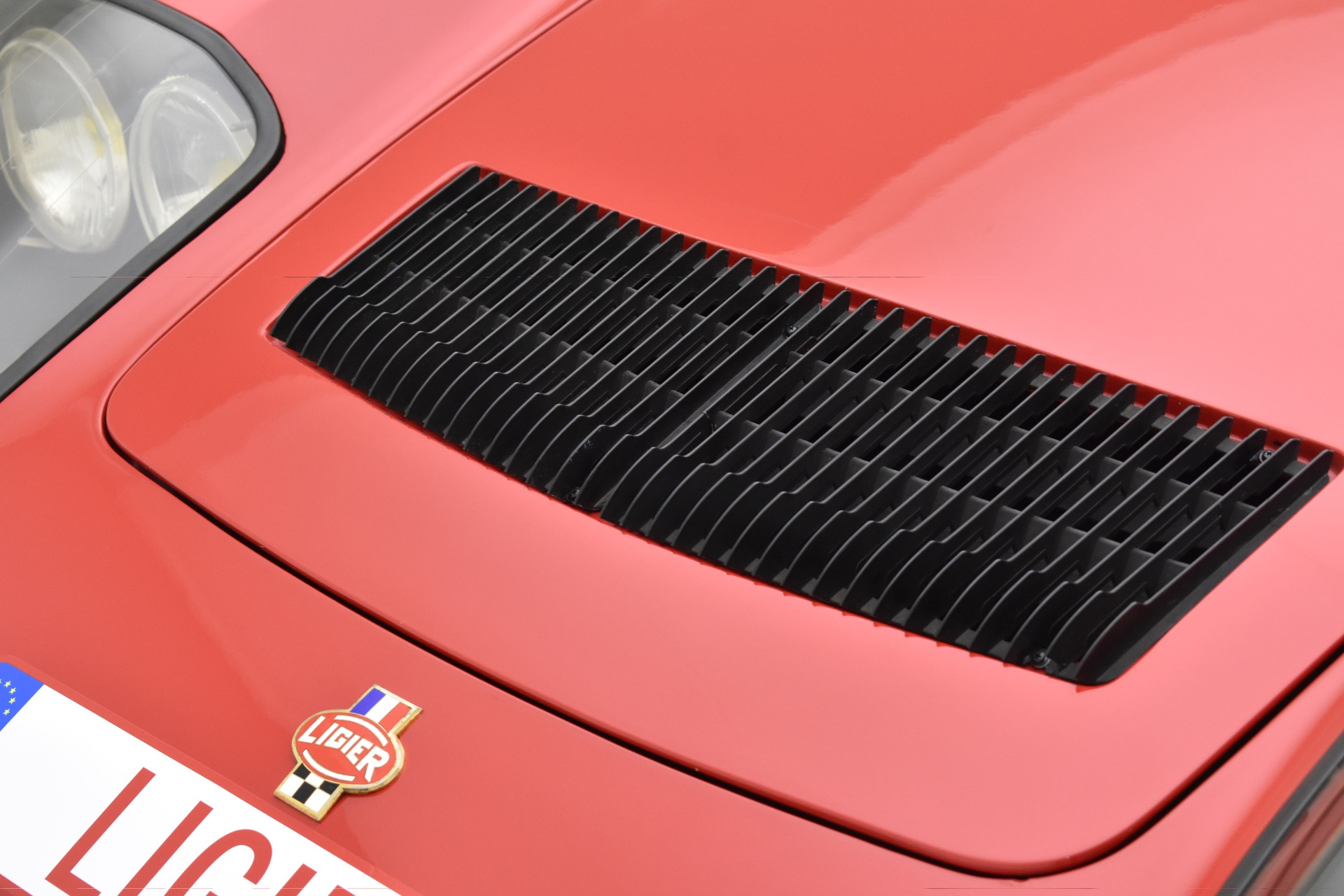 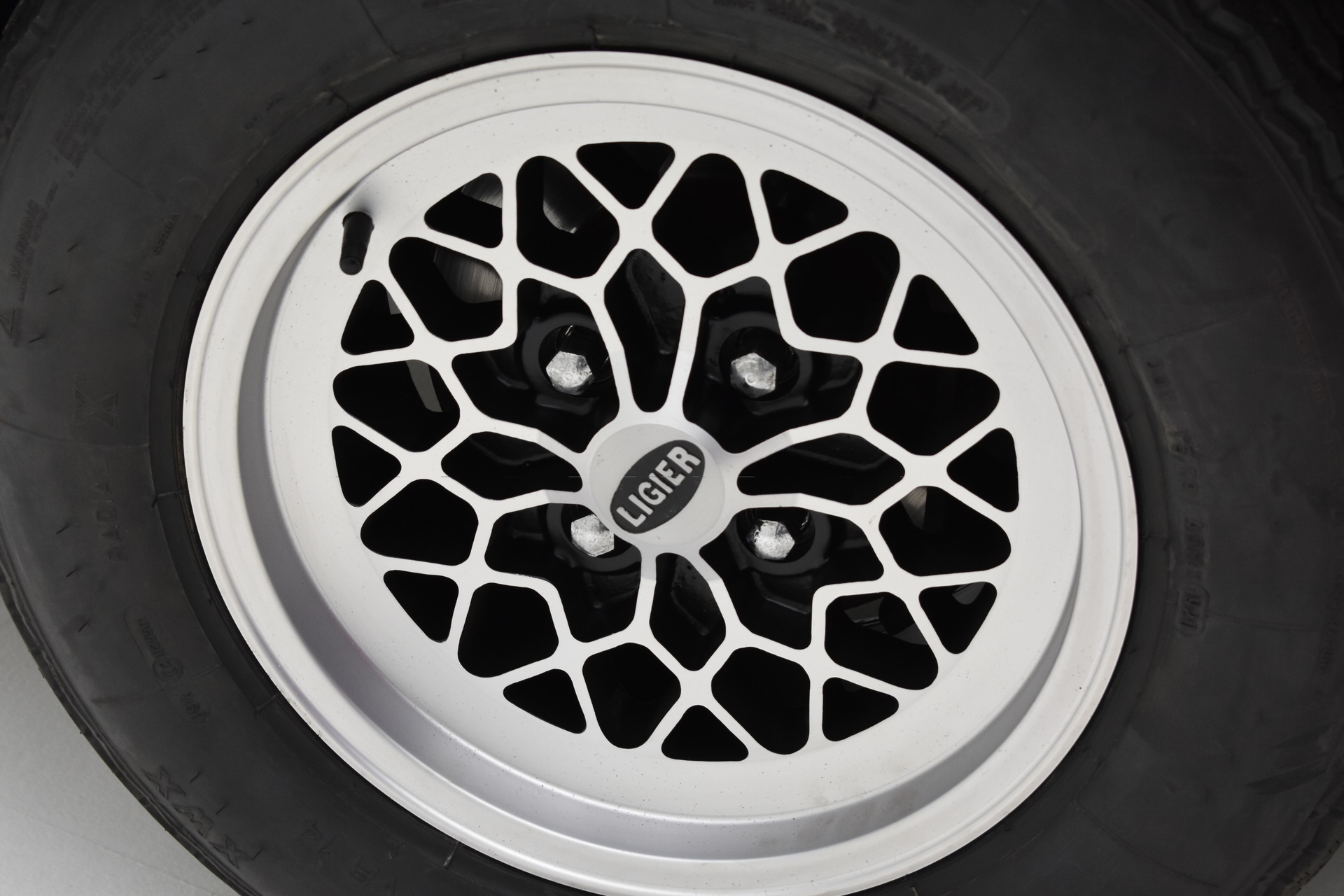 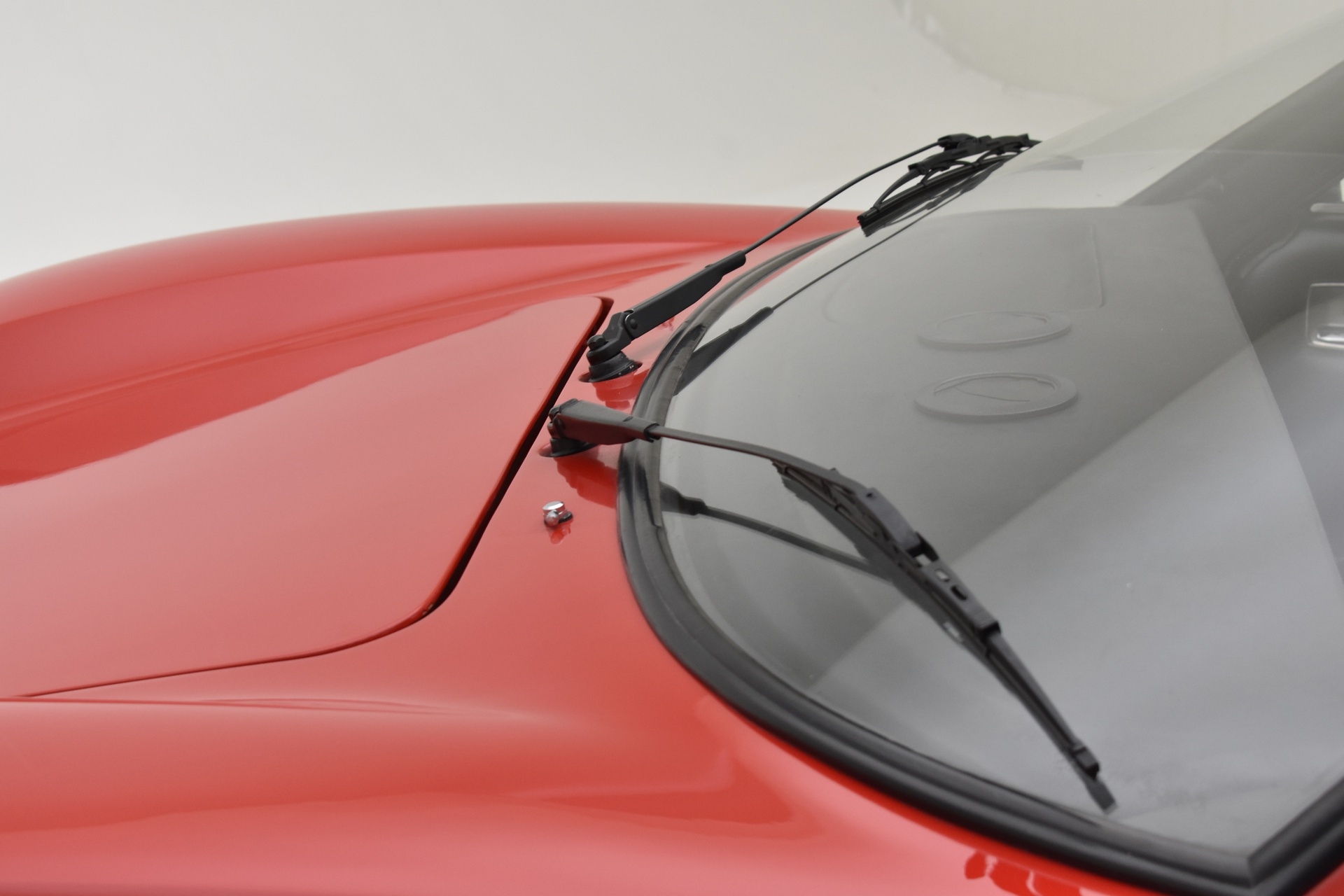 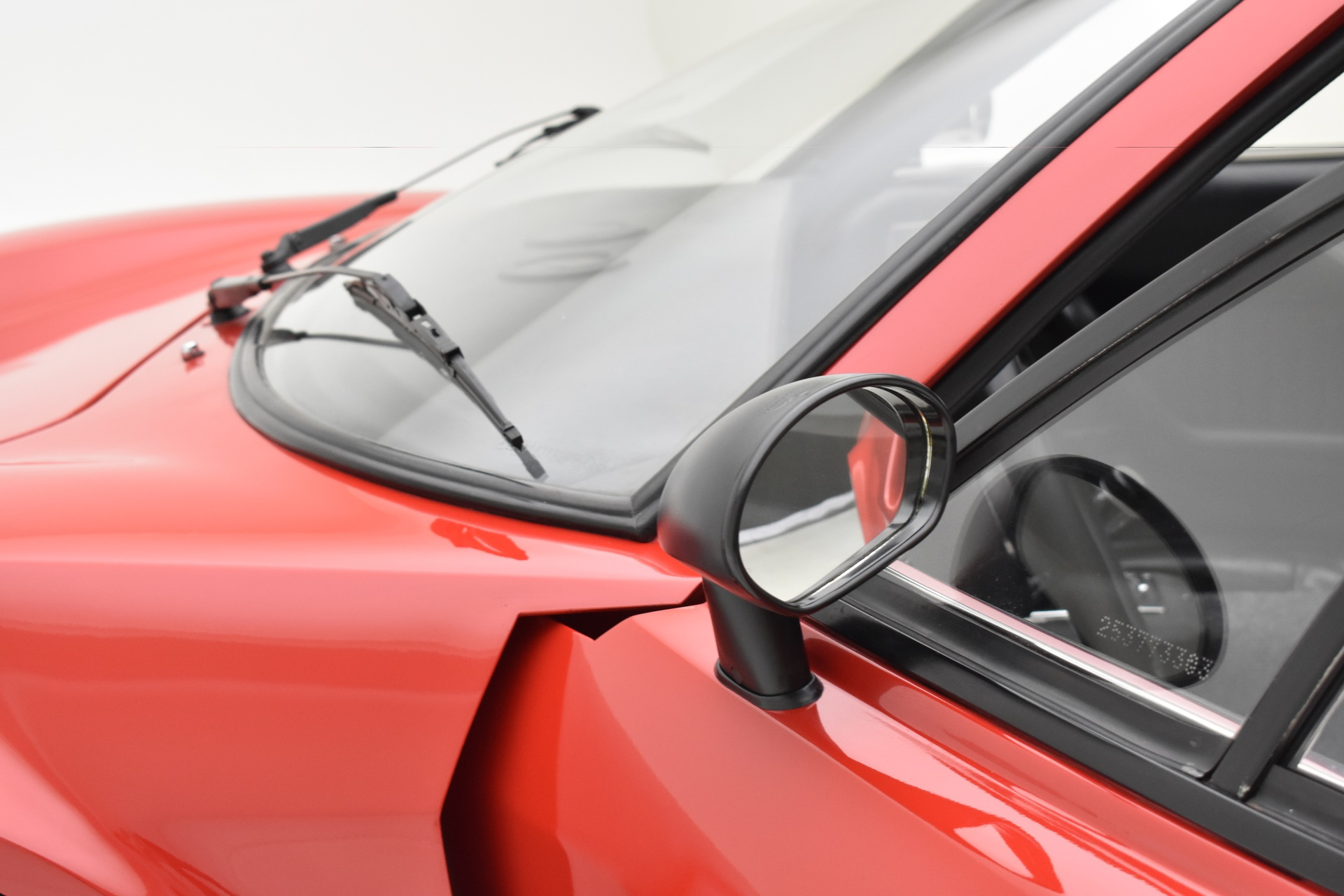 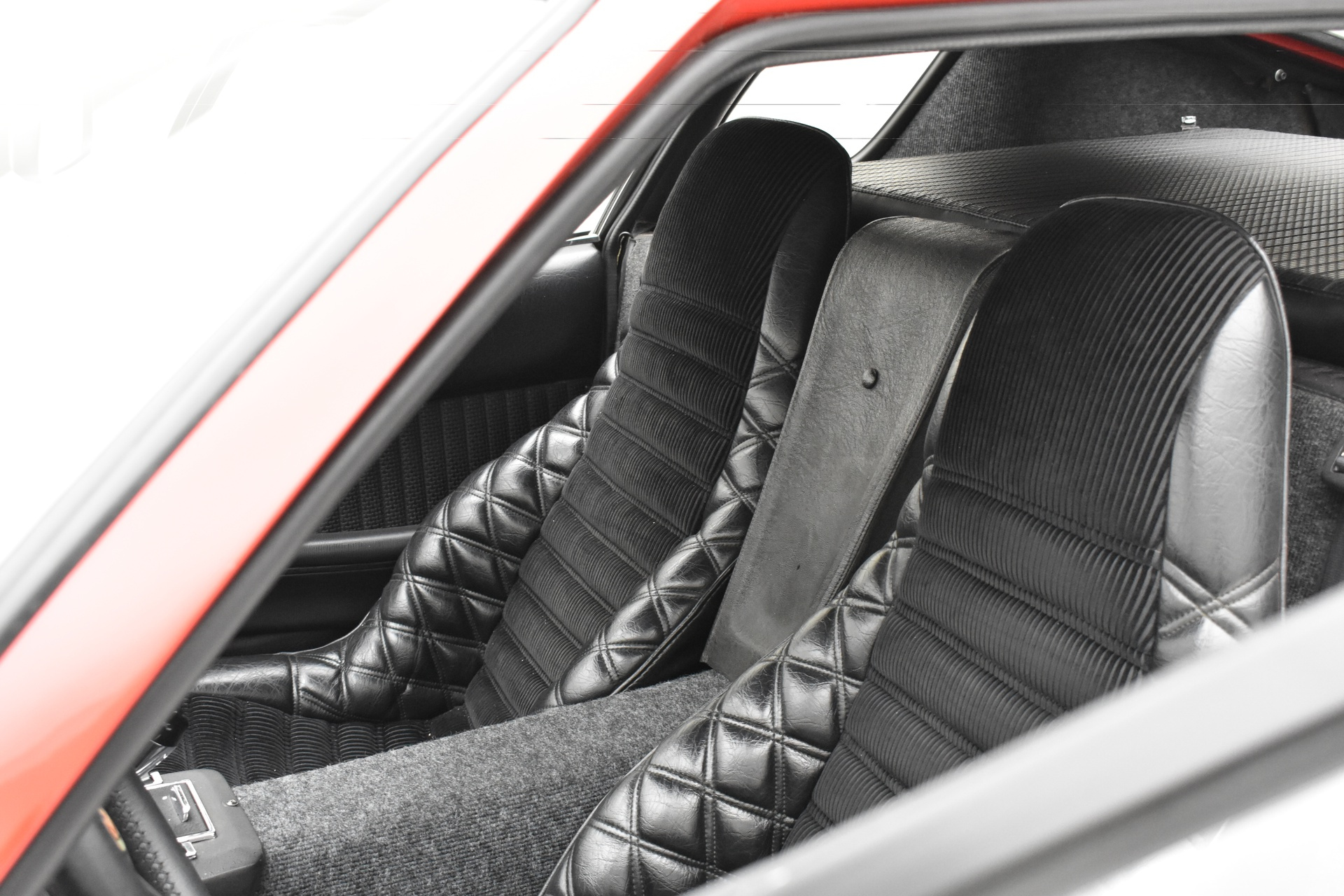 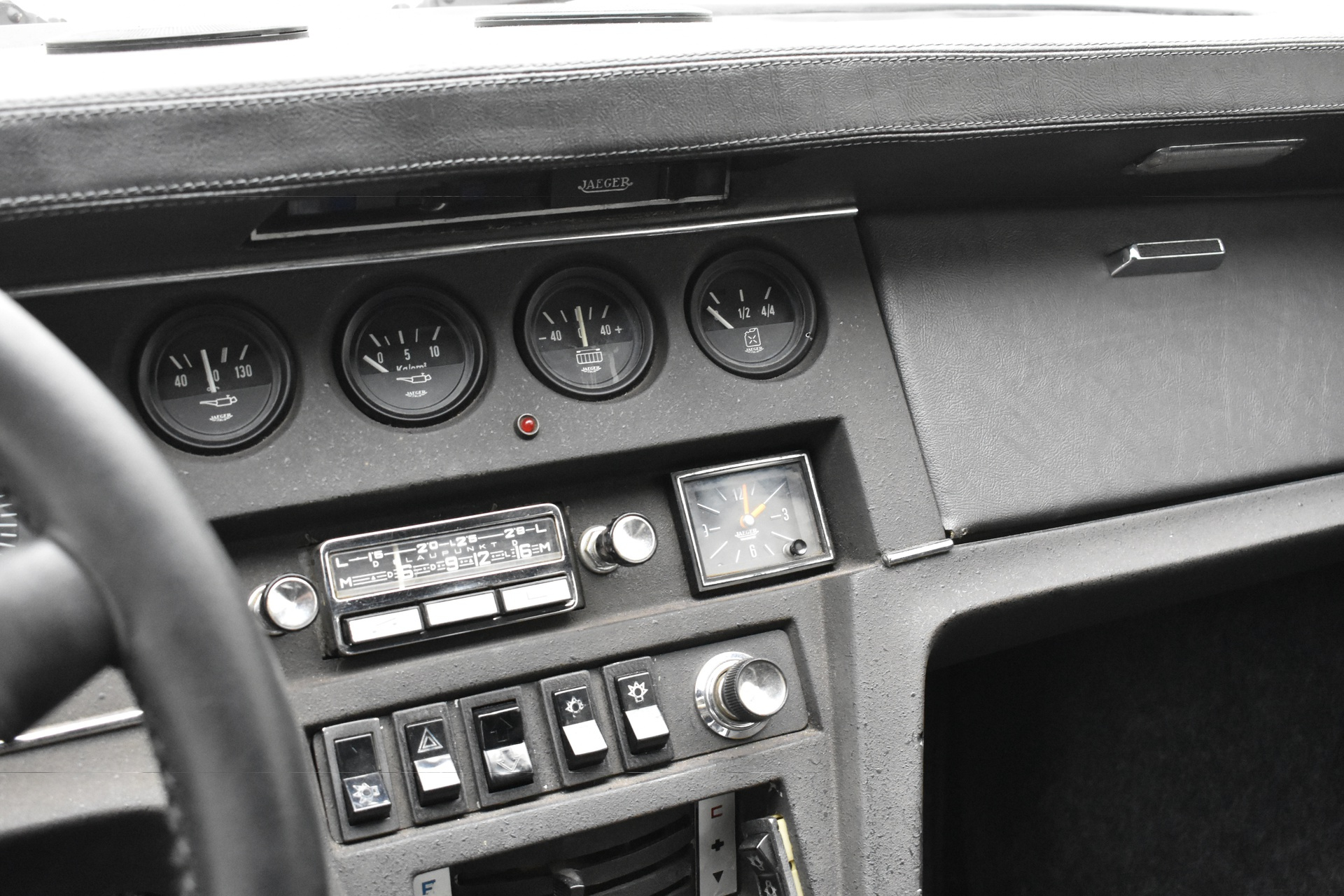 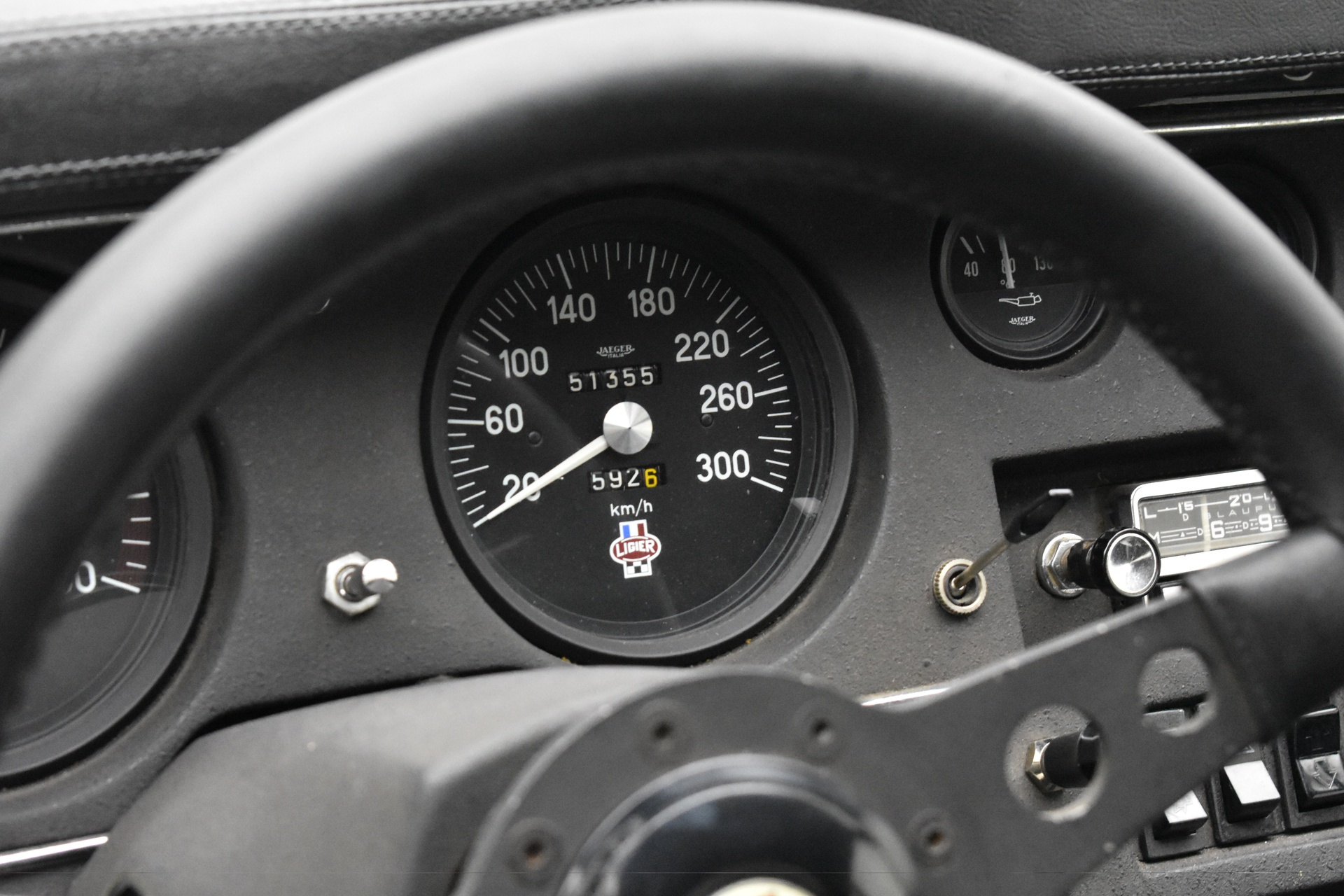 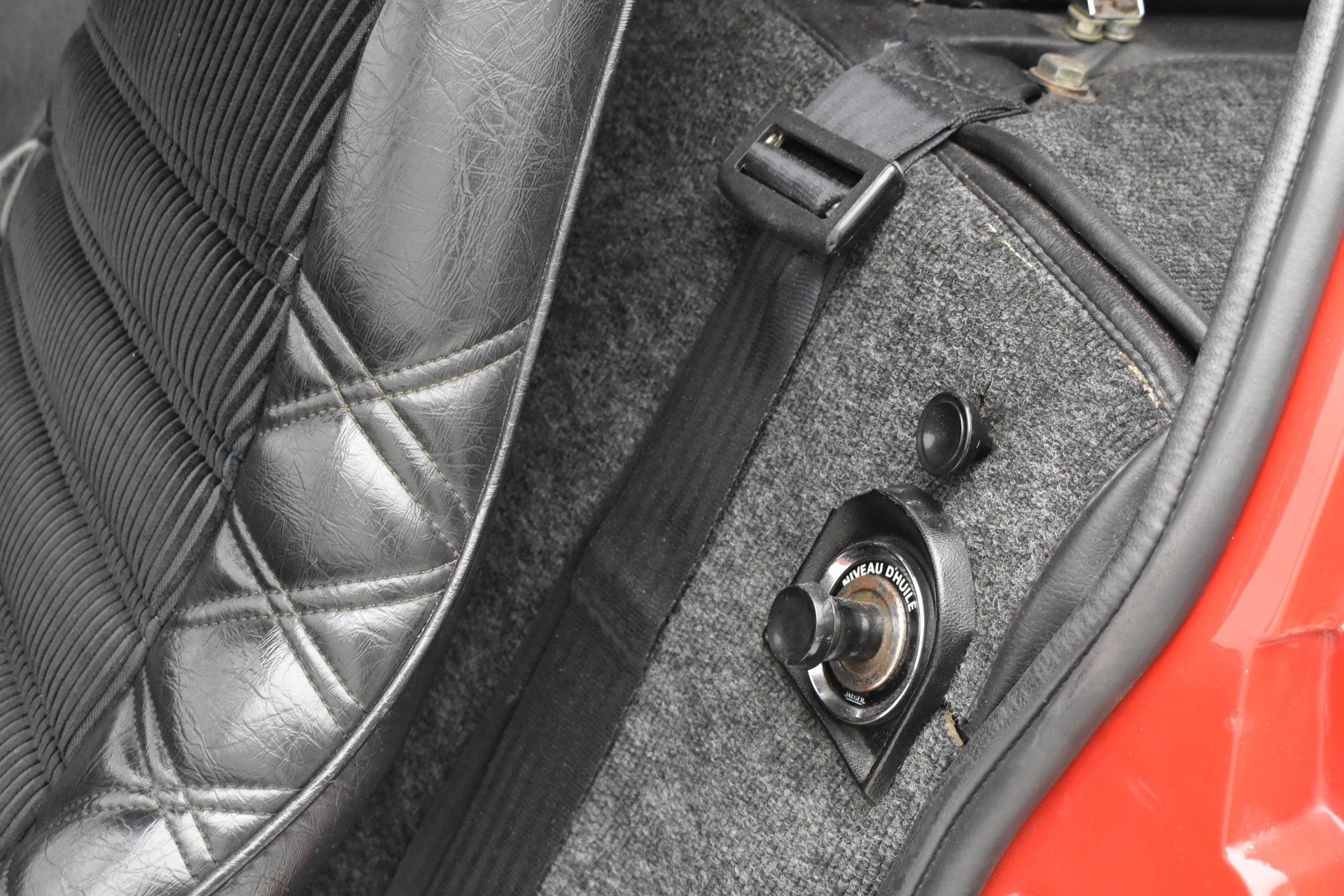 HISTORY OF LIGIER JS2 CHASSIS #25377303 text written by Marc Sonnery. This car was completed on 21st February 1973, halfway through the production period that lasted from 1971 to 1975. It was, however, not actually registered until 1975. This car has always had the early nose with the Plexiglas-covered headlights: the trademark JS2 look. This is important because several early cars had their noses upgraded to popup headlights, thus losing their originality. Furthermore, the mechanism does not work very reliably and the nose is far less attractive without the ‘eyes’. It was sold new, belatedly, in 1975, possibly because it had some bodywork damage after a spin where both front and rear touched, but without chassis or structural damage. Nevertheless, it was decided to replace the entire bodywork as opposed to repair the original body. After that, its early years are undocumented: there was no Ligier club until decades later and, more to the point, there was no Ligier dealership network at all. In fact, when Guy Ligier embarked on the F1 adventure, starting in 1976, he ceased production of JS2s and had no customer service department at the factory in Abrest (a suburb of Vichy in Allier, part of what was then known as the Auvergne region in central France). As far as the former rugby player and construction entrepreneur was concerned, the road car chapter was closed. These cars thus became ‘orphans’. The JS2s all had the three-litre version of the SM engine, with the notorious camshaft chain tensioner issue properly sorted out. Nevertheless, a great many of the 82 JS2s built were lost to accidents, neglect, and poor or a total absence of maintenance. As is typical in such cases, cars that fall into the wrong hands end up off the road or parted out, irretrievably lost. Thankfully, since the creation of the Ligier club and with the growth of the classic car movement, preservation and the rescuing of project cars has allowed a number of JS2s to be saved. The Ligier survived these difficult years. It emerged decades later for sale in an advertisement in the Grenoble area just west of the Alps. It was with an older gentleman, in quite tired condition. This is when its history becomes interesting. A man saw the advertisement, arranged an appointment to inspect the car and bought it. It wasn’t just any enthusiast but Ingenieur Michel Tetu, the actual designer of the JS2 for Guy Ligier. So chassis #25377303 was bought by its spiritual father, which makes it quite special. Mr Tetu does not remember the name of the man in Grenoble, who has since passed away. In any case, he soon began a gradual, meticulous sorting out of the car. The engine was rebuilt and the notorious gas-filled valves were replaced with solid ones. He went through the whole car meticulously. In 2010 I needed to test drive and photograph a JS2 for my 2013 book ‘Maserati the Citroën years 1968-1975’ and Michel Tetu kindly agreed. We met on a summer’s day at the Vichy airfield and I was able to drive it in the countryside and forests nearby. I was very impressed by its handling and agility, primarily achieved by longer than usual suspension movement very finely controlled by precise adjustments of compression/rebound, which made it infinitely more adapted to real-life back roads that have bumps, dips, cracks, potholes than modern cars with almost zero suspension travel and ridiculously low-profile tyres. The engine can be heard more than in a Citroën SM, of course, also more than in a Maserati Merak but without excess. You just get the exciting roar without it being tiresome. It was fascinating to discover a car in the company of its creator: a very rare and privileged experience. A lot of thinking went into a very well put together product, and I liked the clever idea of the oil level being verified by a vacuum system located just next to the driver’s door jamb. Michel Tetu then sold the JS2 to a Mr Fleury in the Yvelines department just west of Paris. He used it relatively little and after a couple of years, busy with other projects, he sold it in 2014 to Mr Jacques Nicolet, none other than the man who bought the Ligier company from the late Guy Ligier. He wanted it as a Ligier heritage showpiece. The JS2 was little used in subsequent years but it once travelled from Magny Cours, where Ligier is based, to Le Mans for the Le Mans Classic event and back. It was also used in on-track demonstrations at Magny Cours during an historic race weekend, driven by an experienced racer who is also the Ligier sales manager. There was the intention to install electronic fuel injection but due to a lack of time and other projects this could not be fully sorted and tuned. In any case, when the car was sold it was returned to the standard JS2 carburettor configuration before delivery to the Dehaeck collection. I drove the car again for the inspection near Magny Cours and relished how agile and responsive it is, the engine was now better tuned and pulled very satisfyingly. The car also feels very light, because it is: we weighed it with high-tech electronic scales and read 1,069 kilos. The weight balance was 60% on the rear, 40% on the front. This car is believed to be the only JS2 in Belgium, though it is, of course, not impossible there could be one lurking in a barn maybe in Flanders or the Ardennes, you never know! In any case it is an extremely rare addition to Thierry’s very fine collection, as it is believed that only around 40 cars are known to survive with only about 20 in running condition. It will be used in select touring rallies and shown in selected concours events.