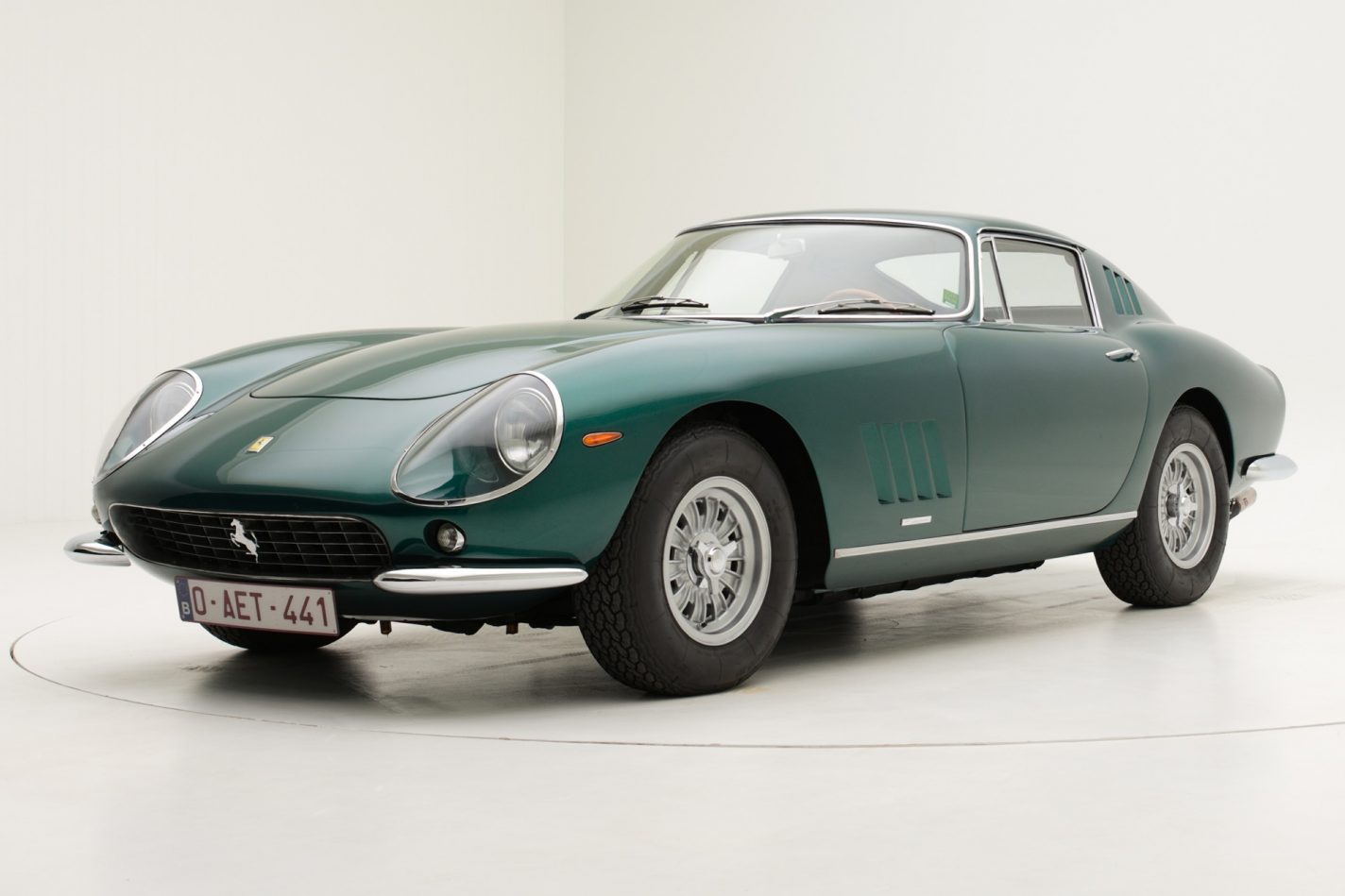 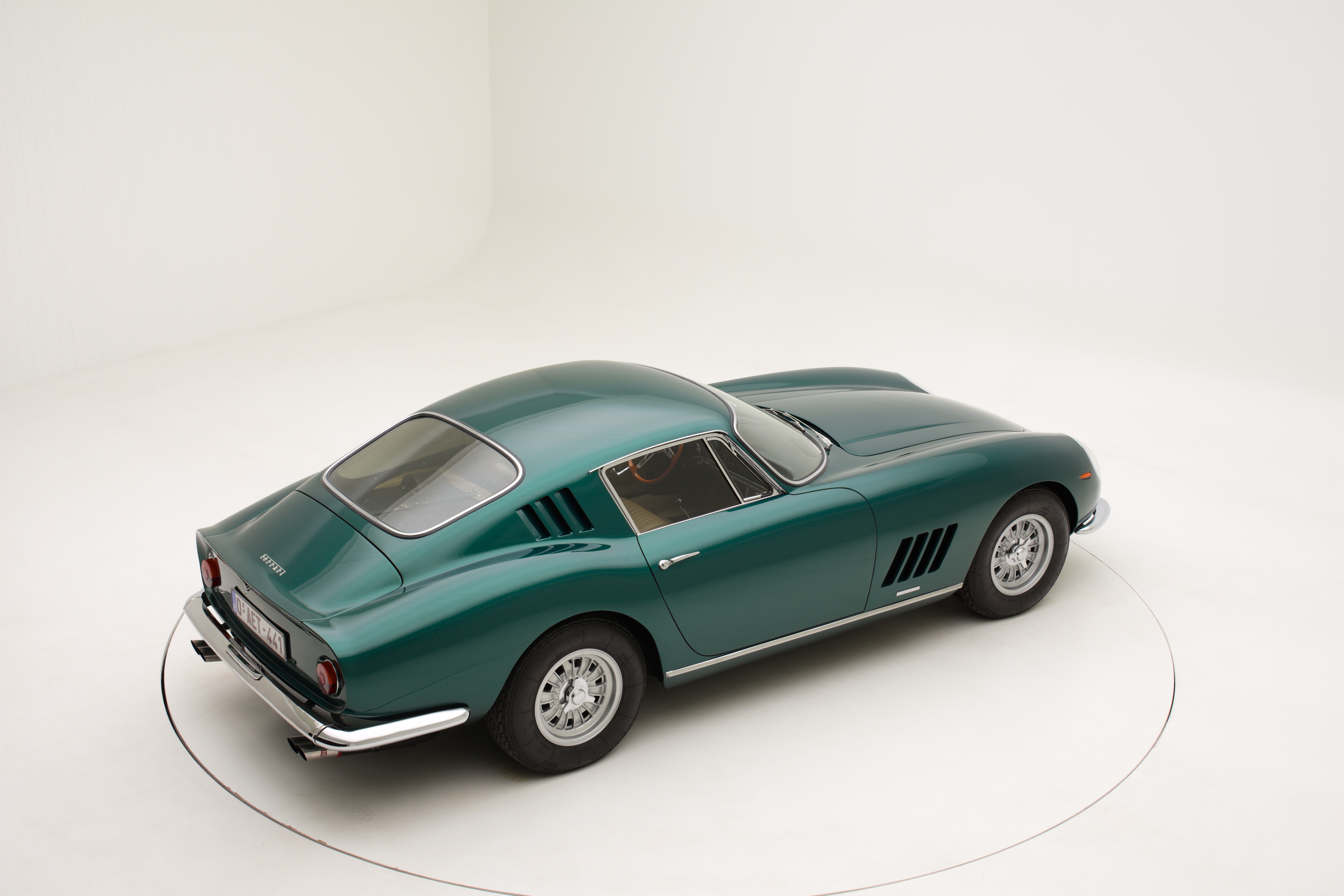 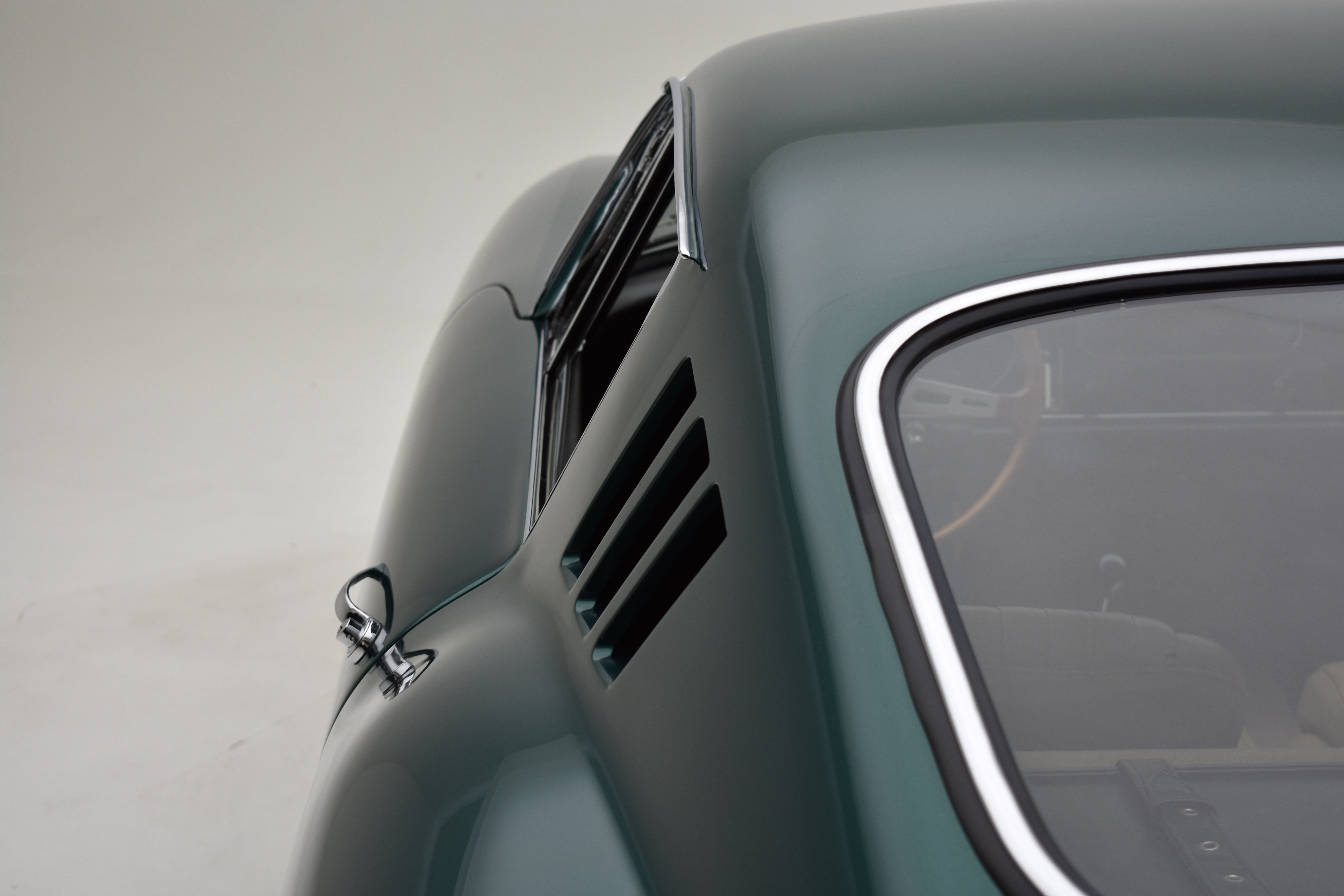 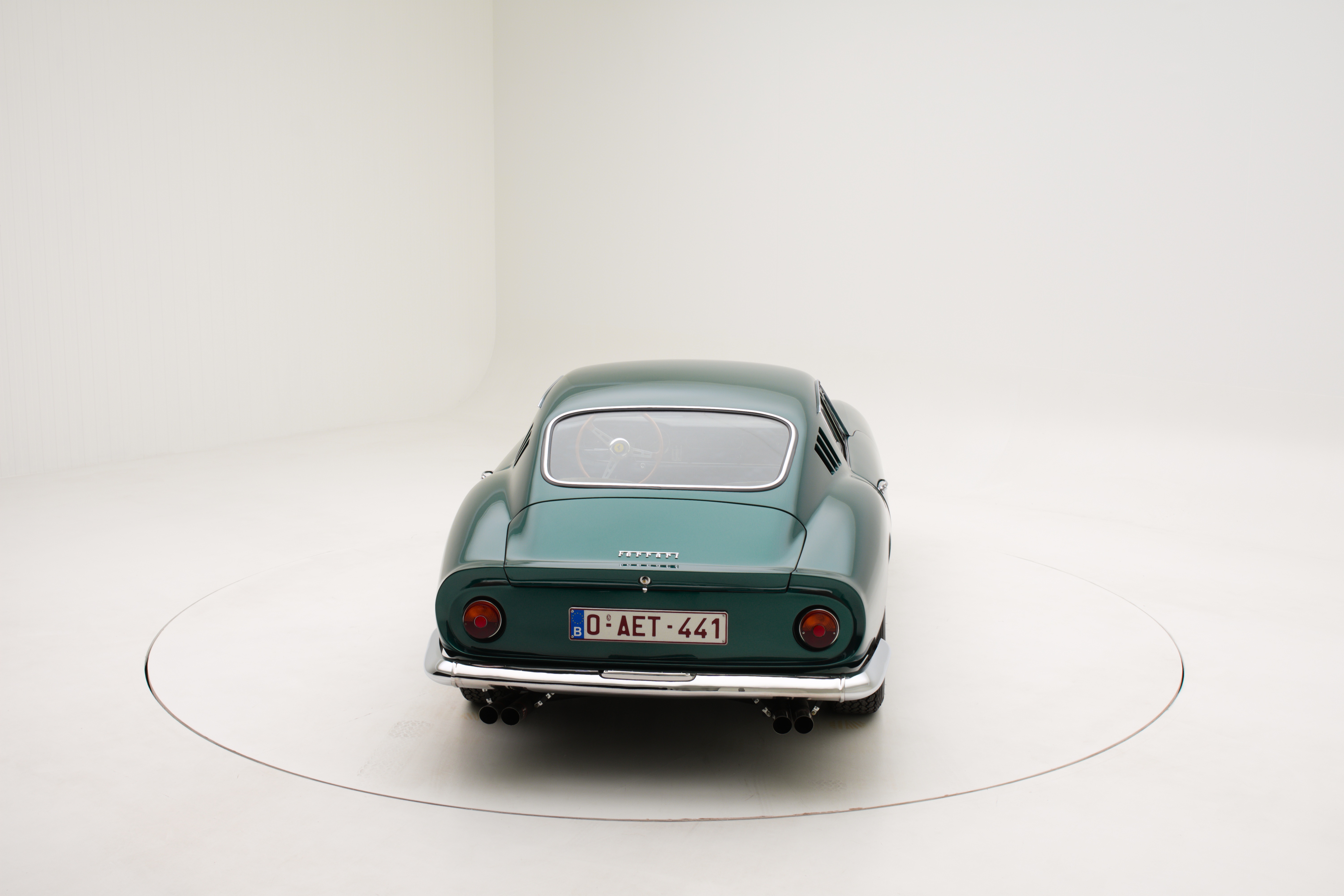 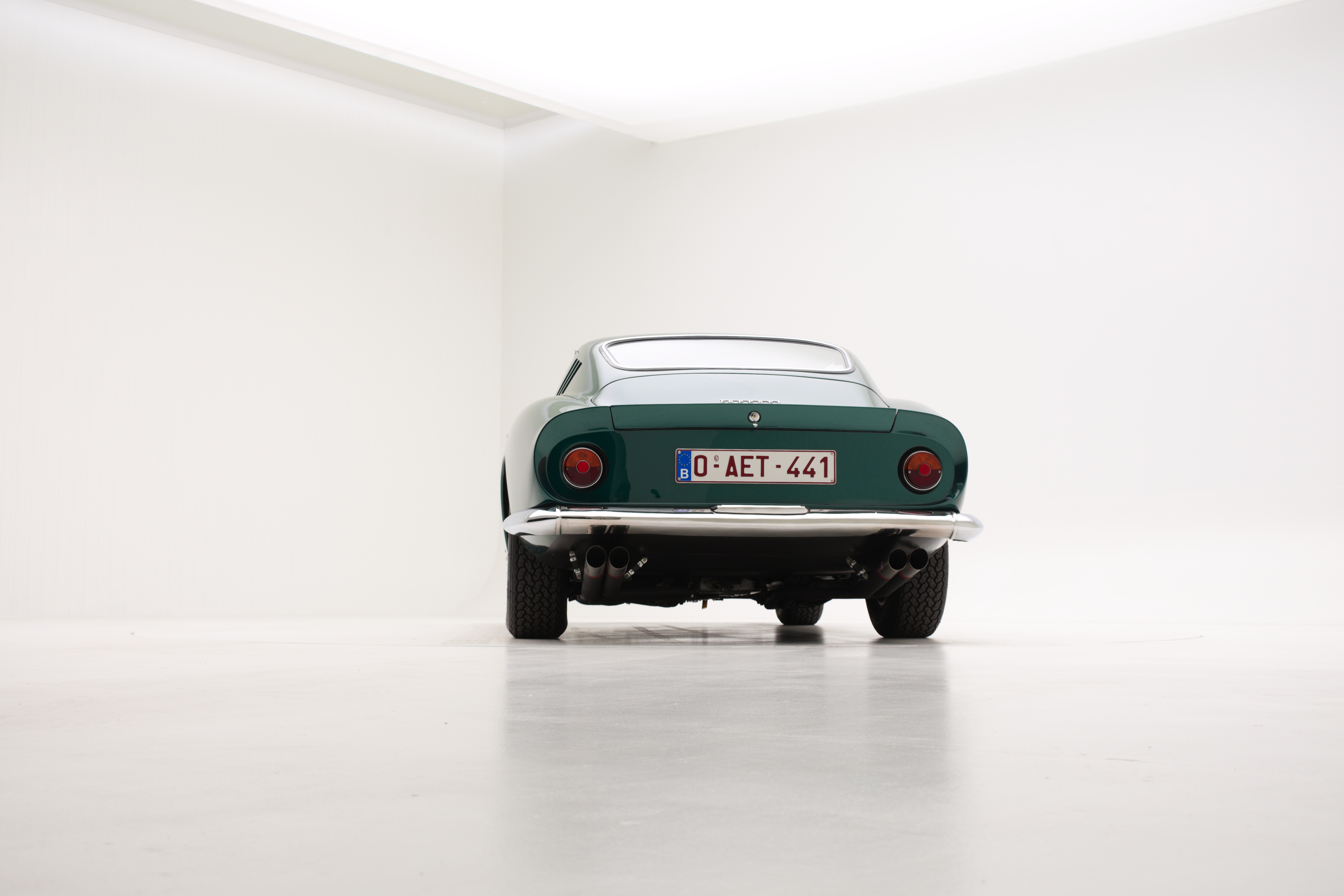 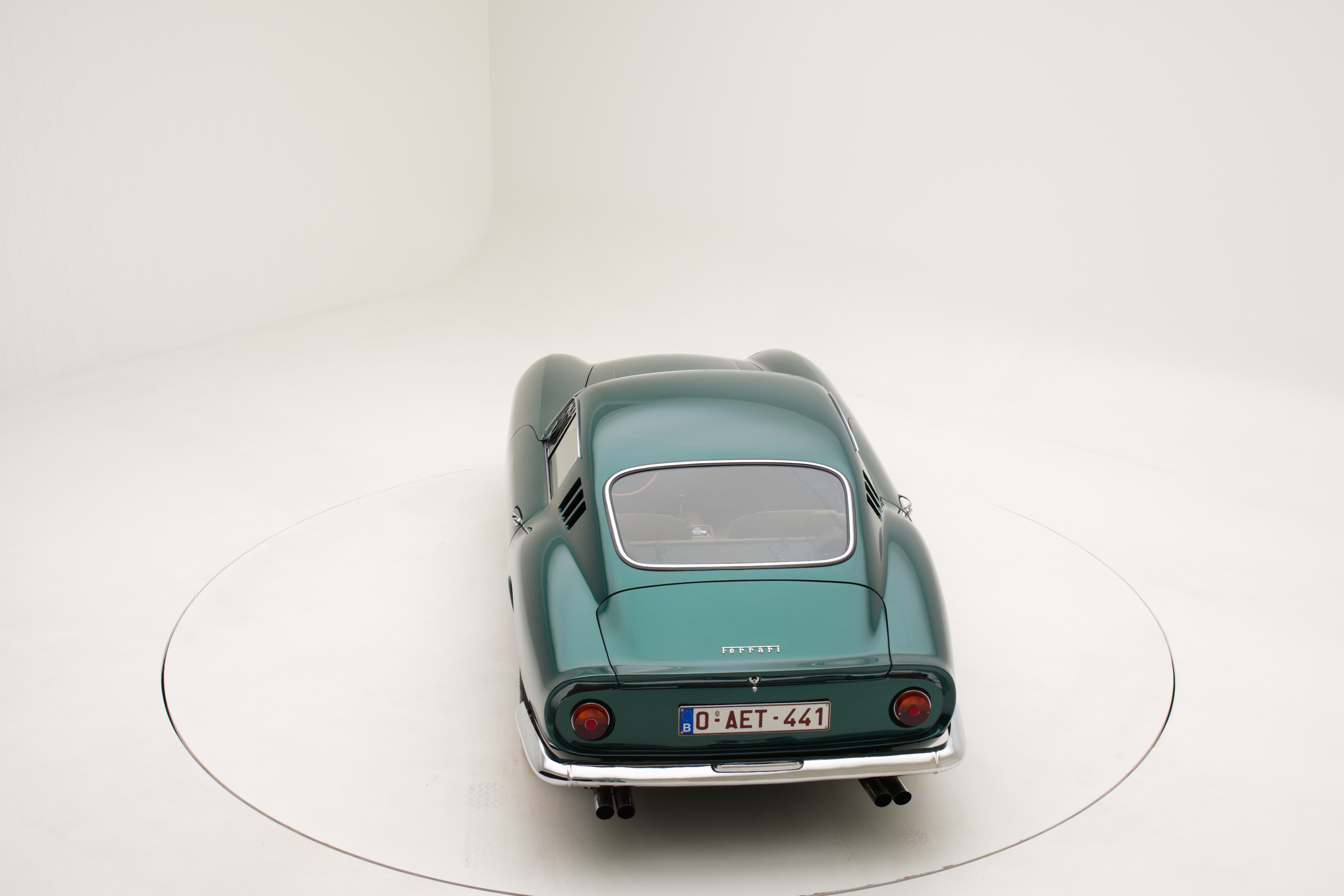 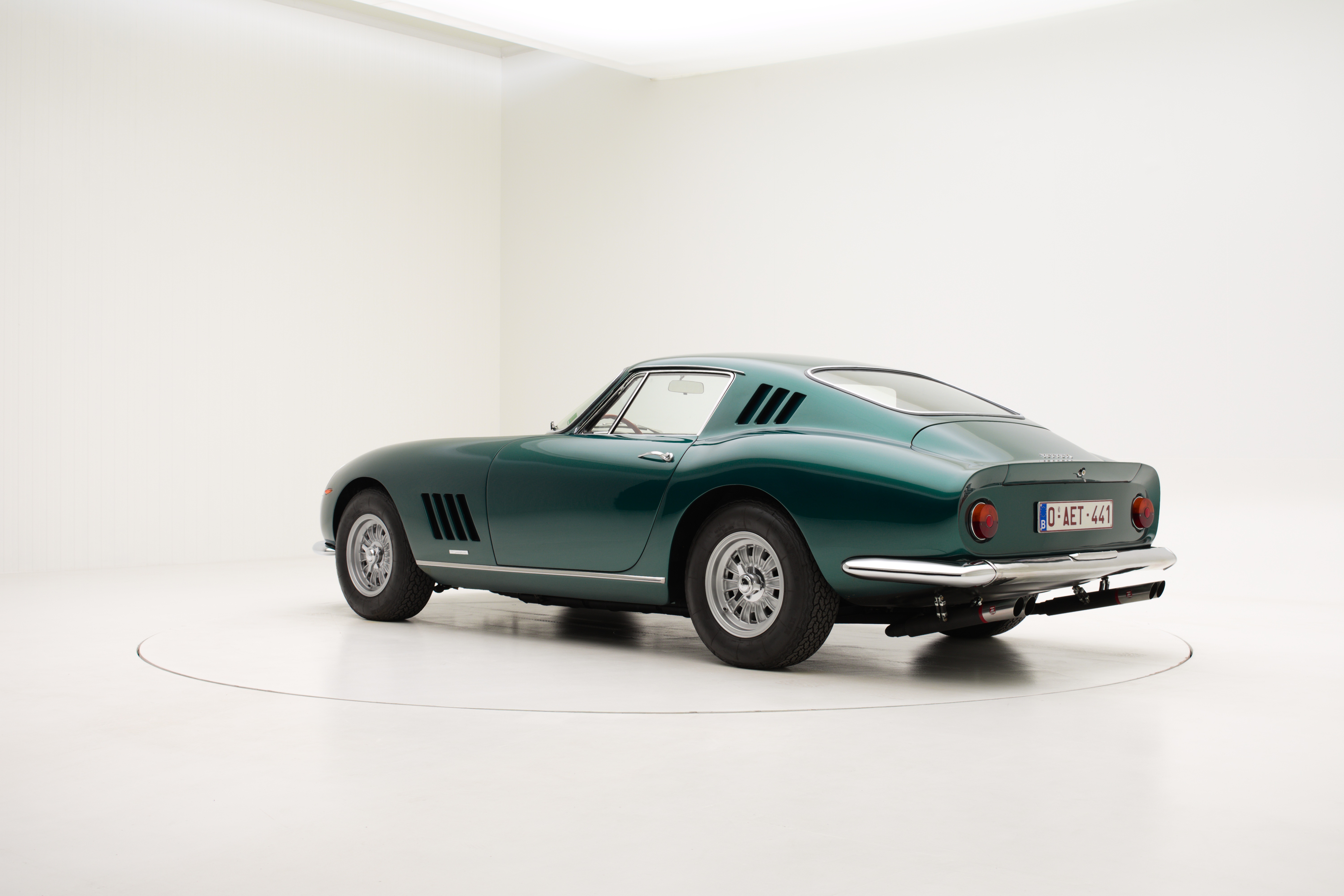 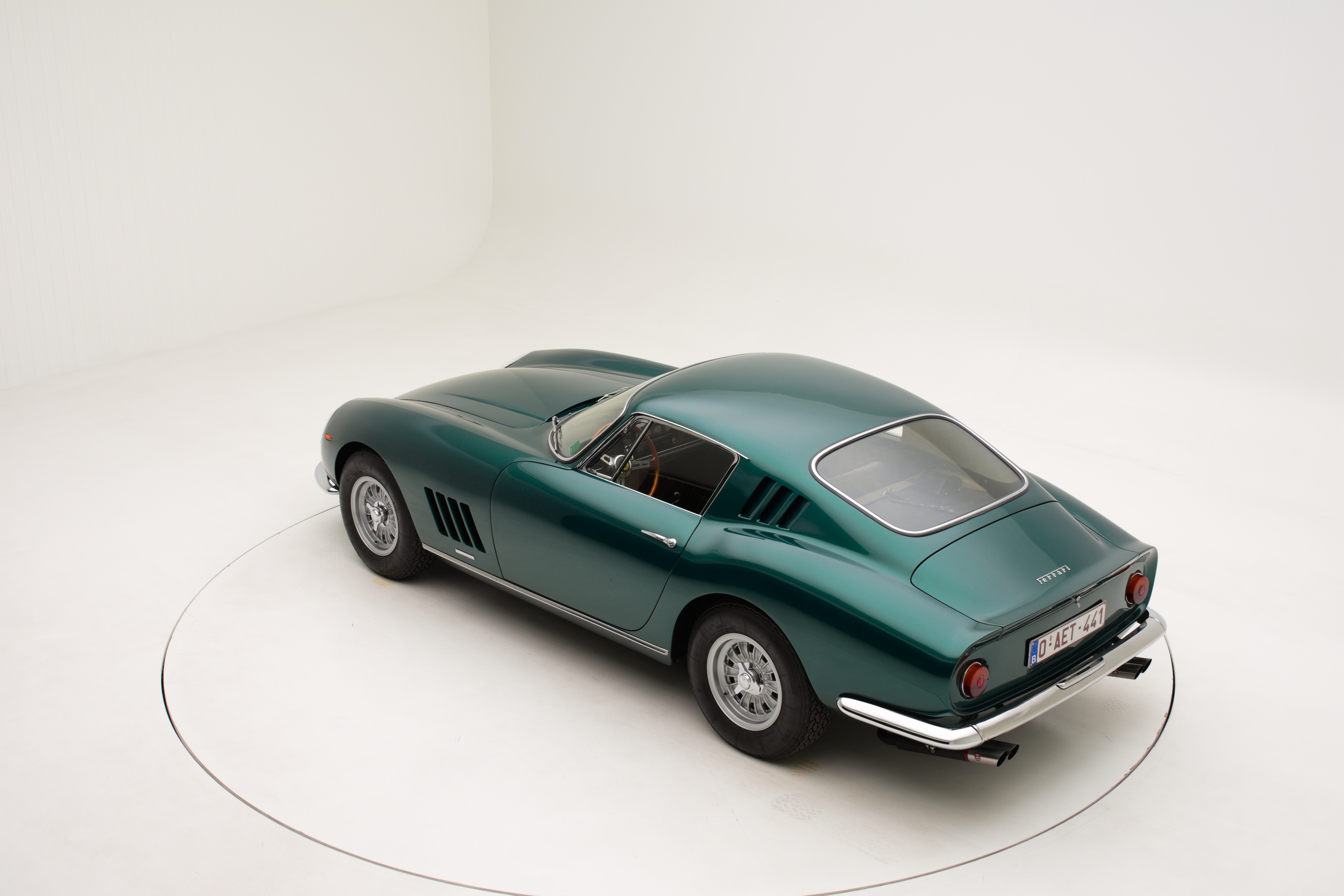 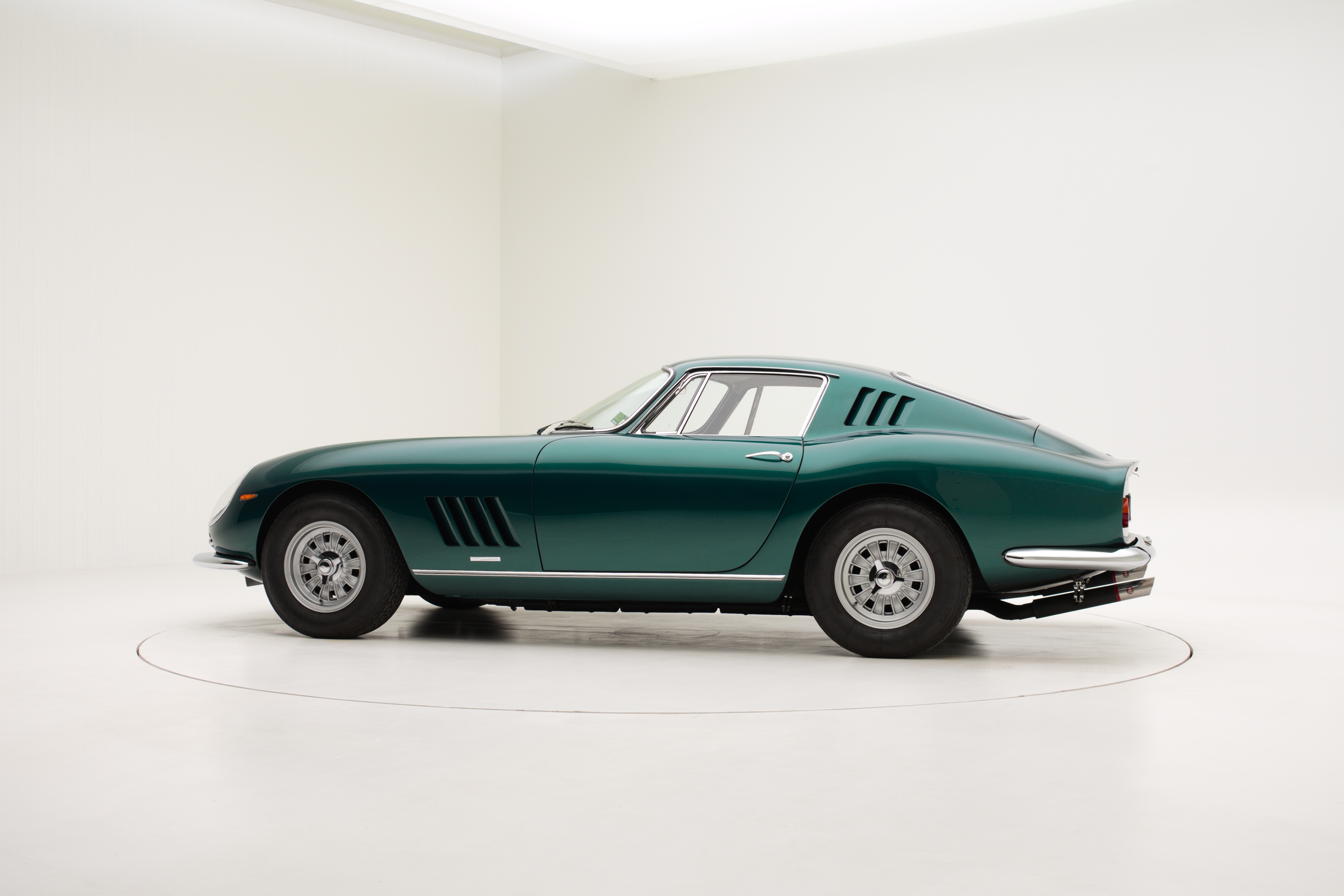 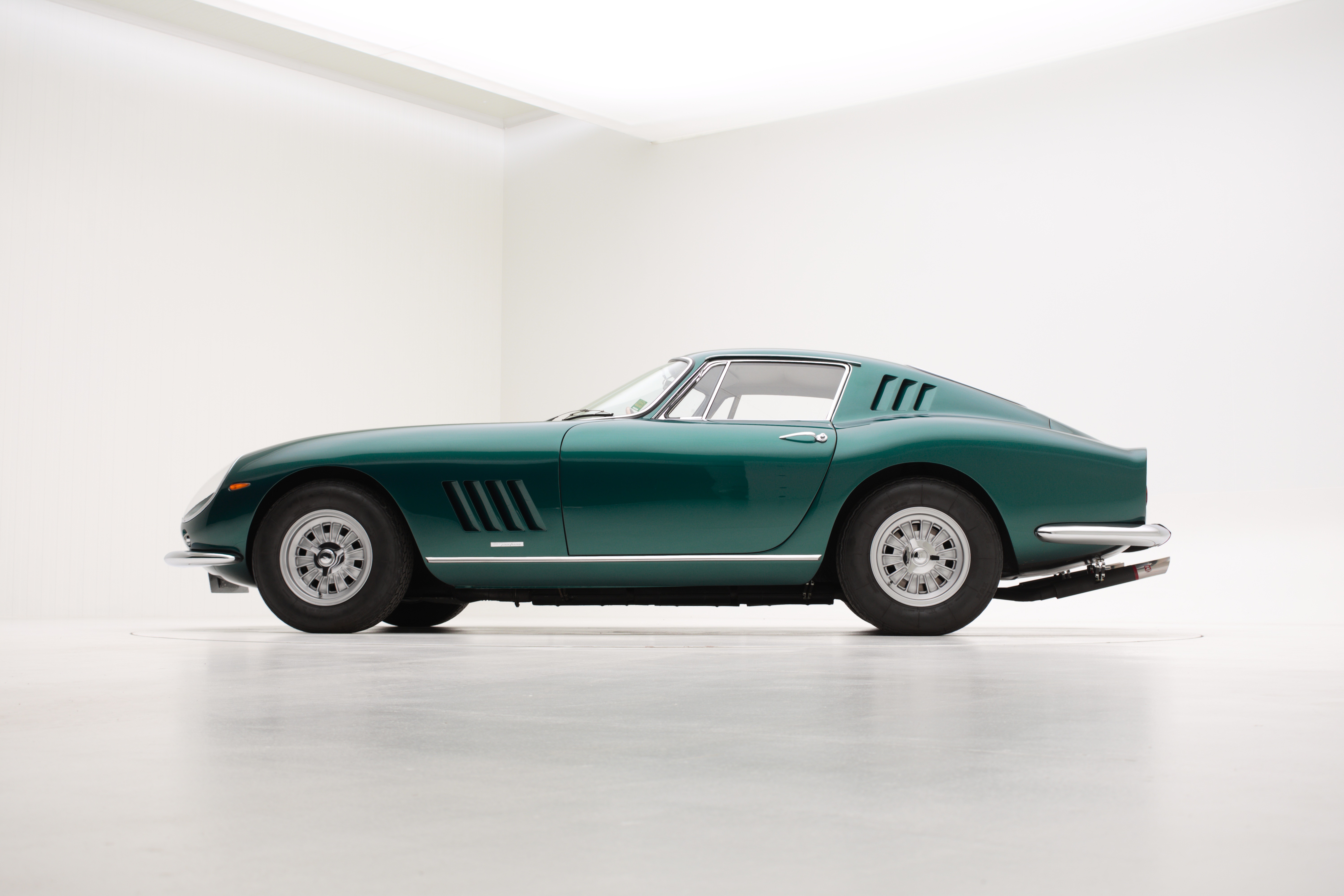 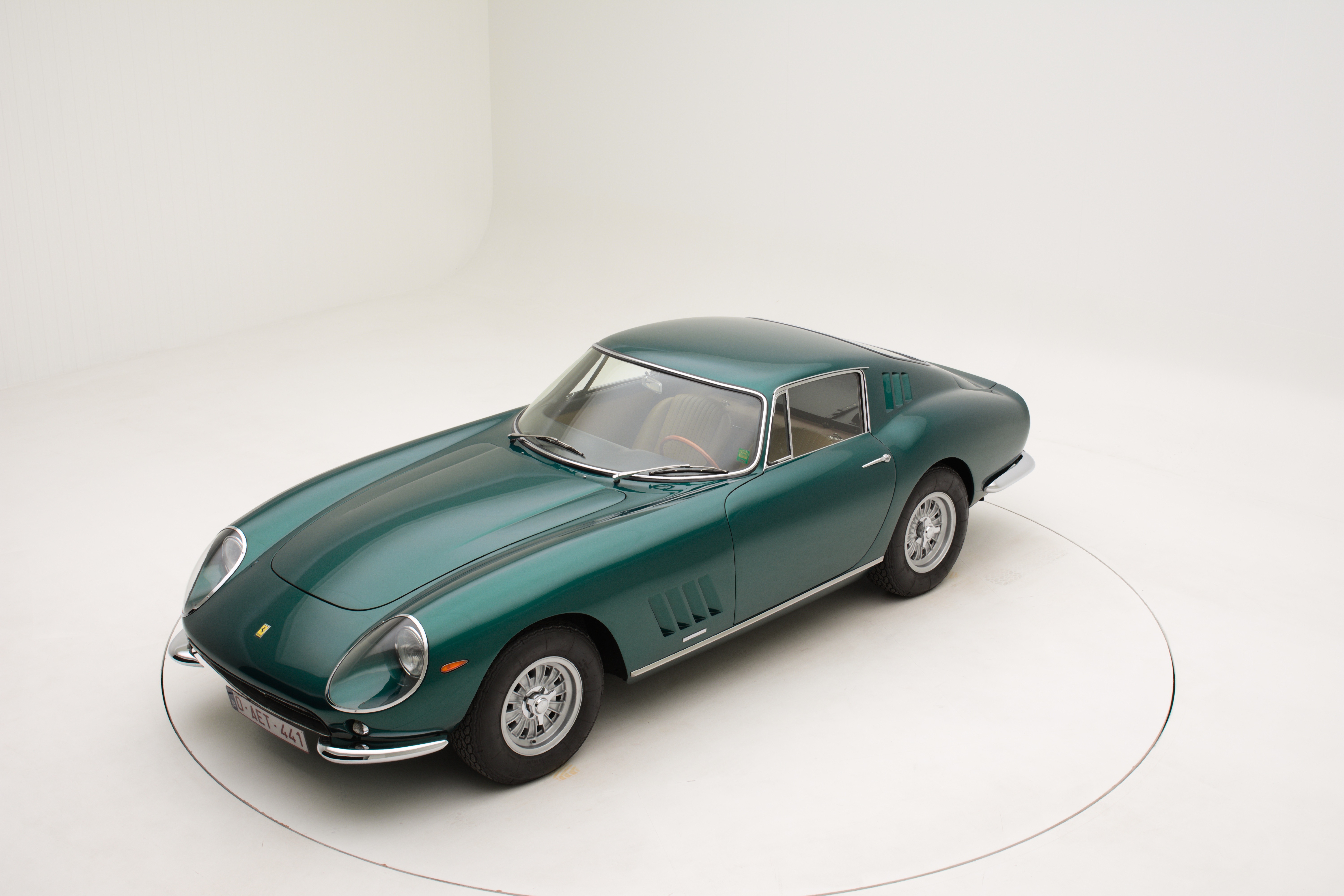 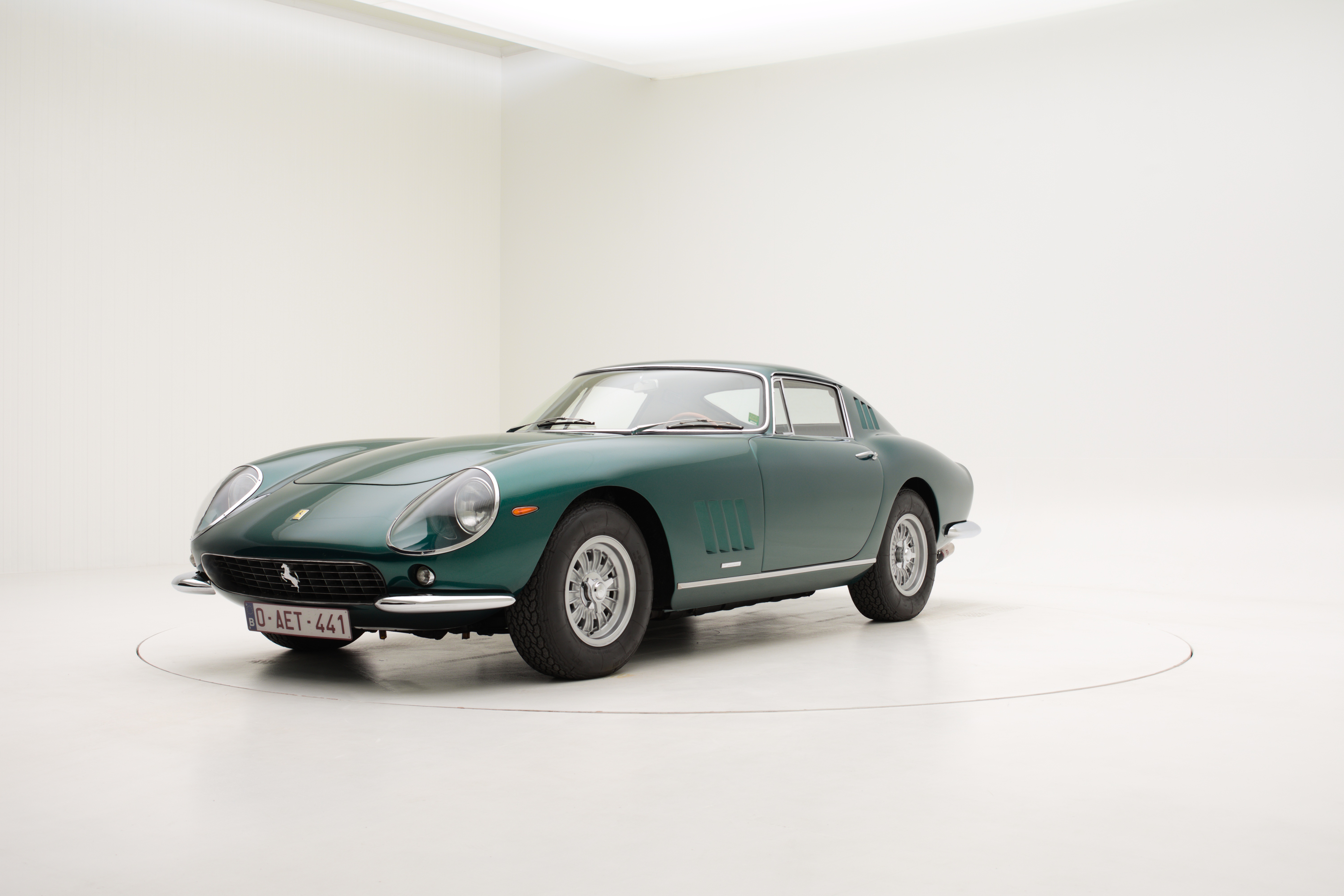 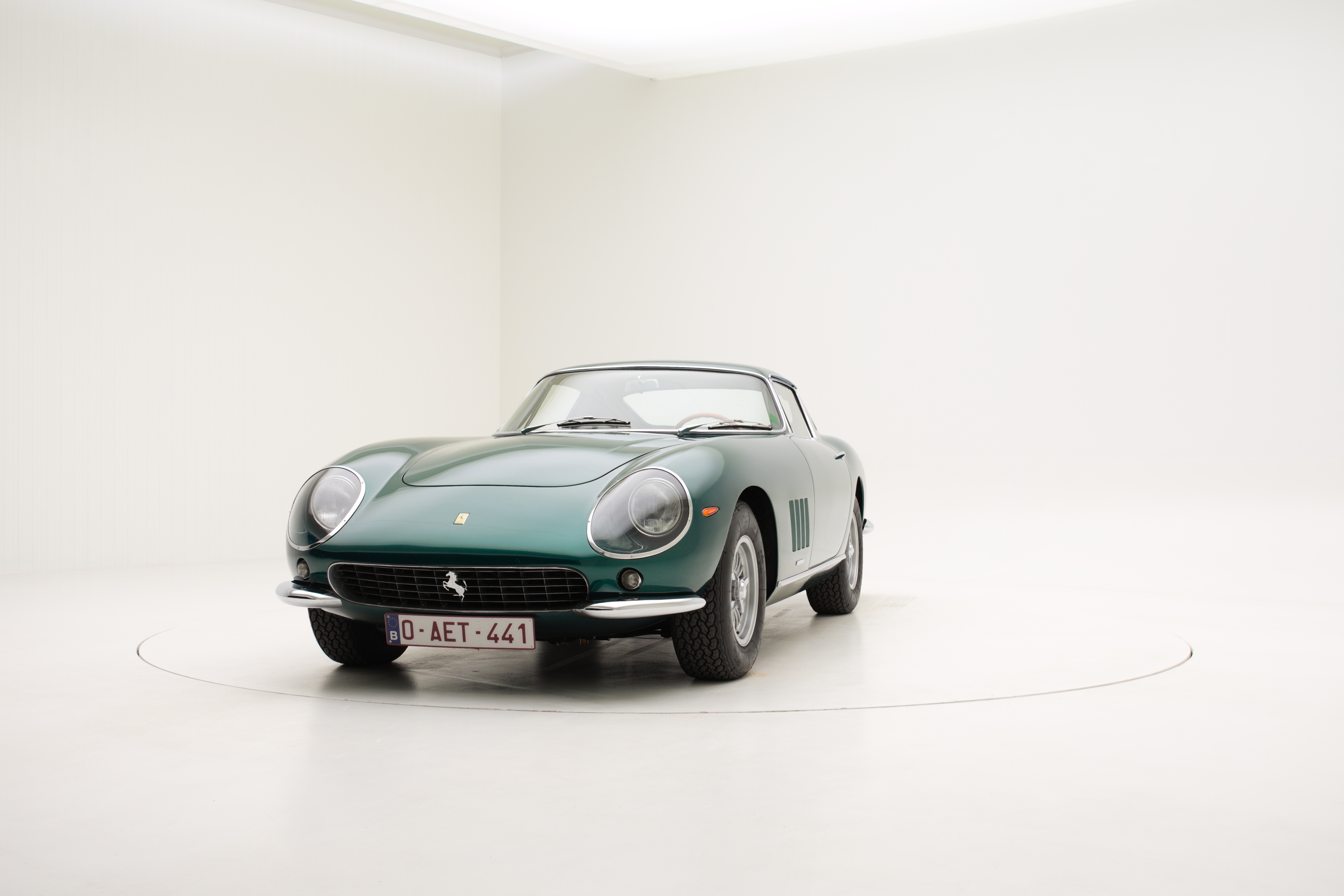 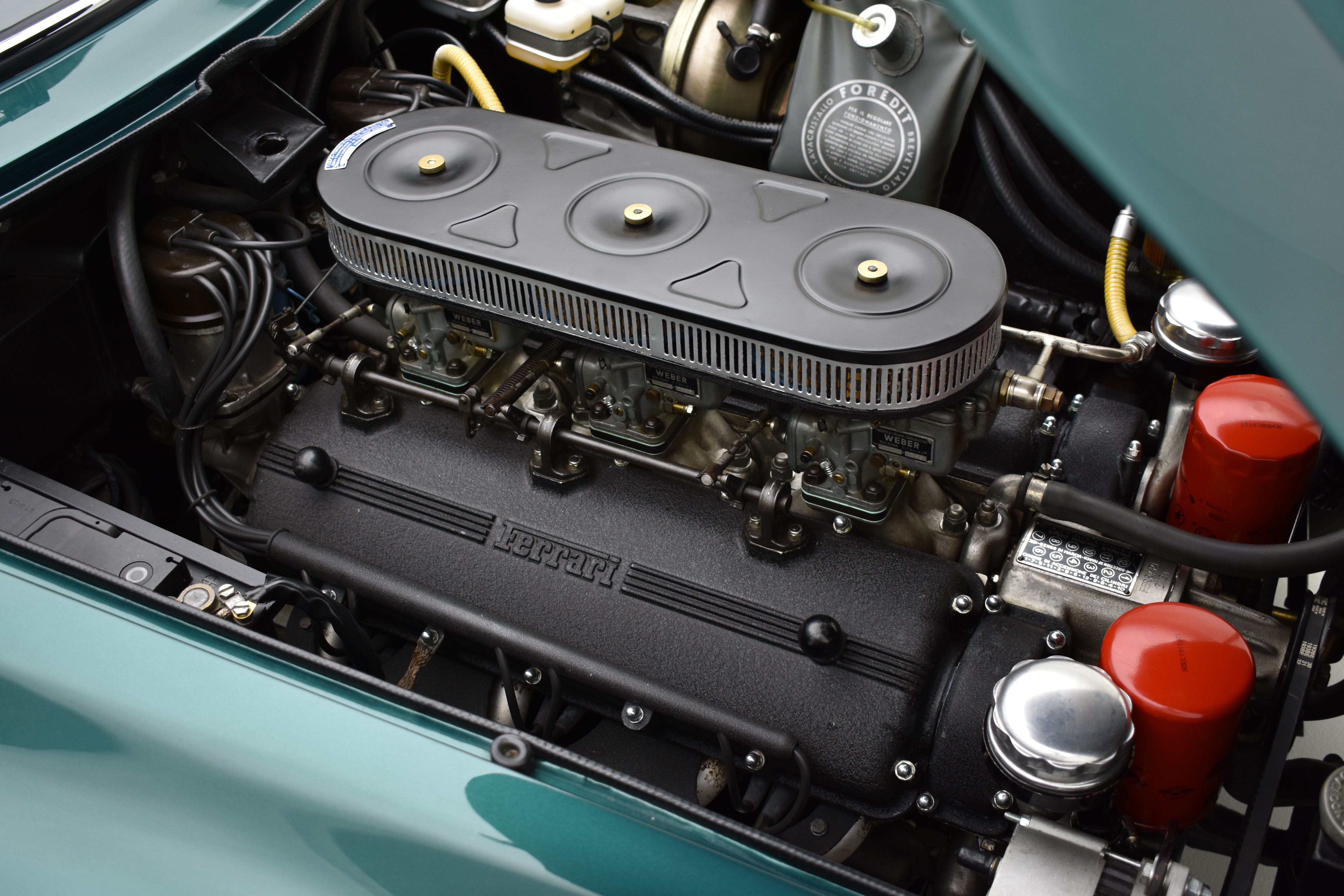 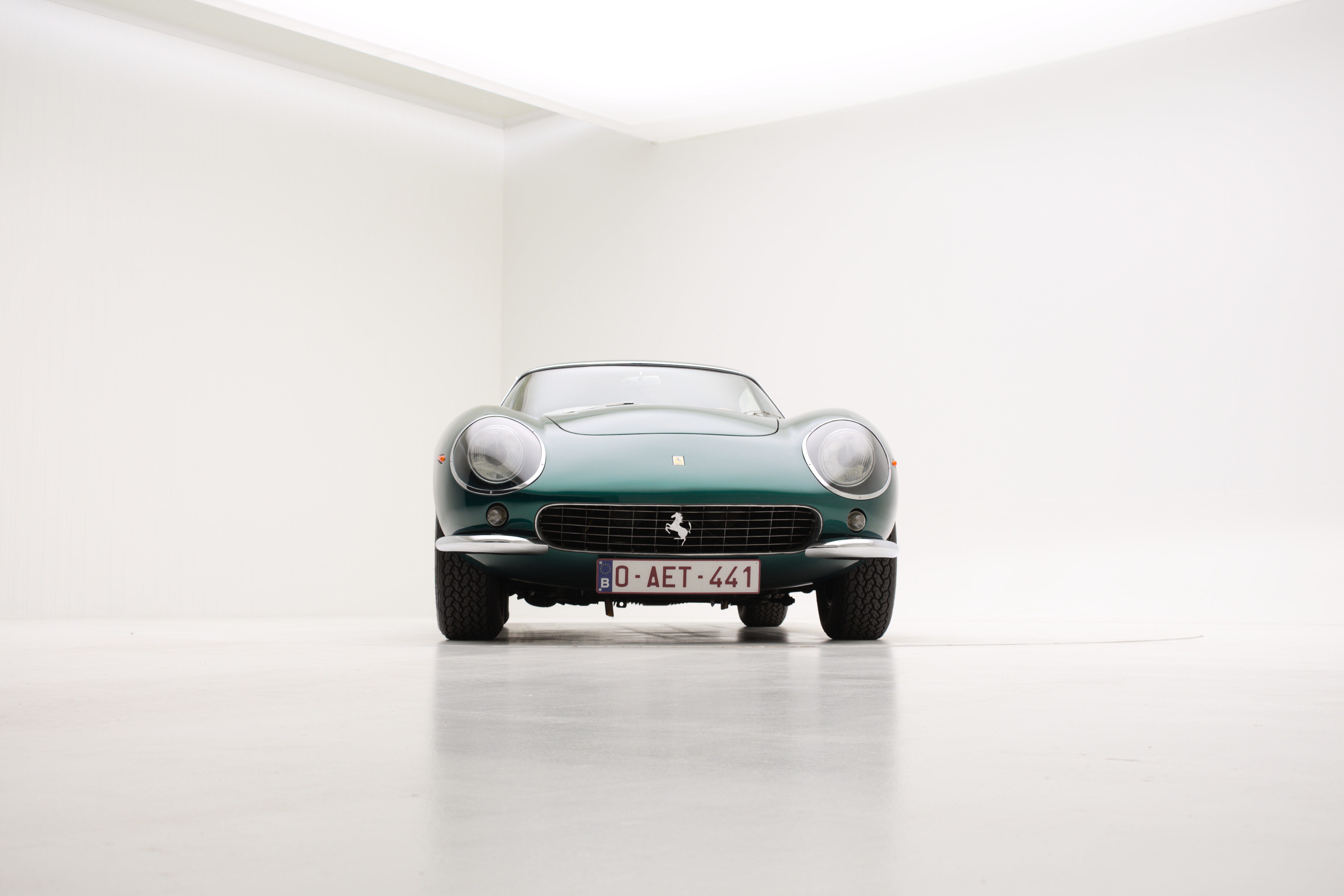 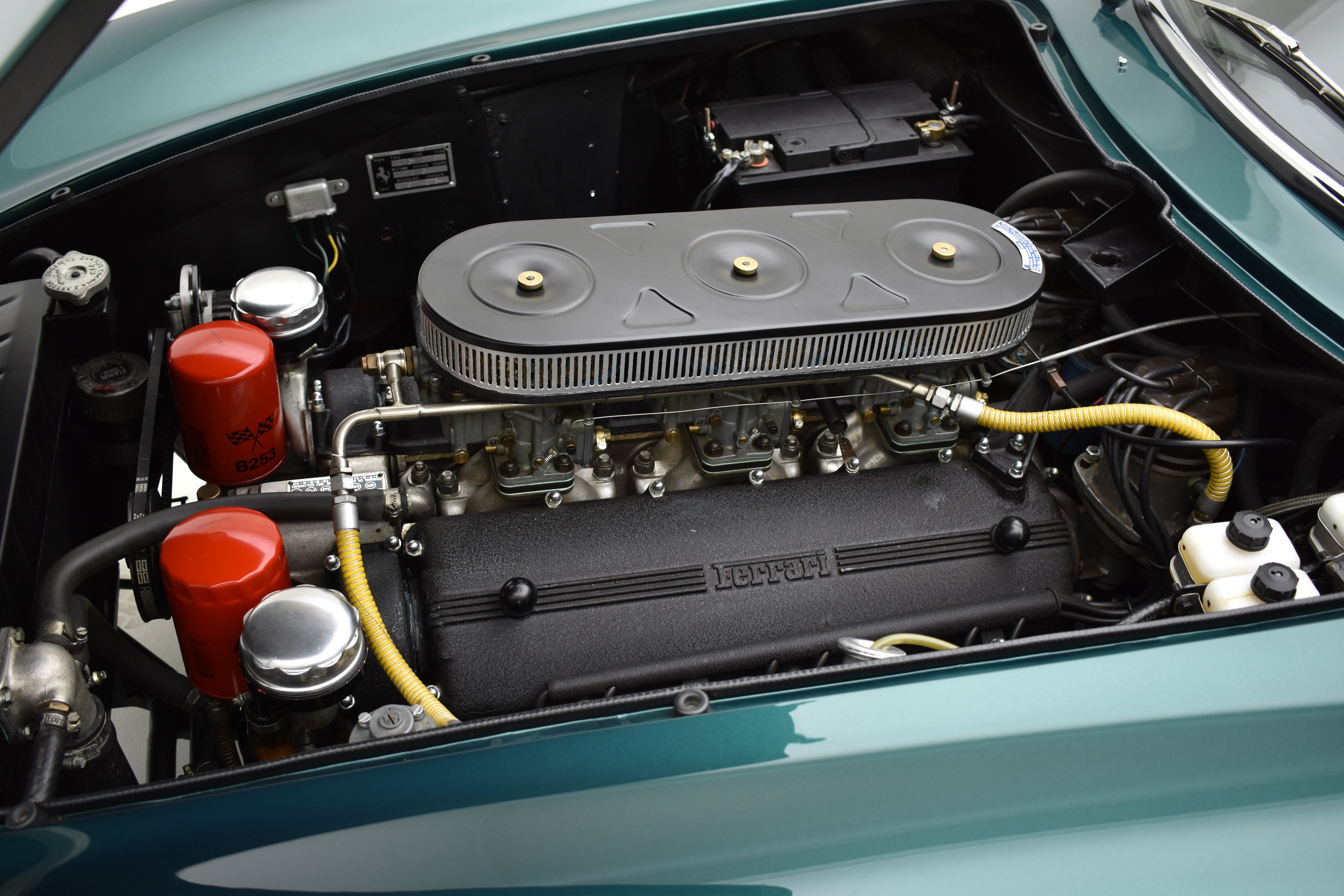 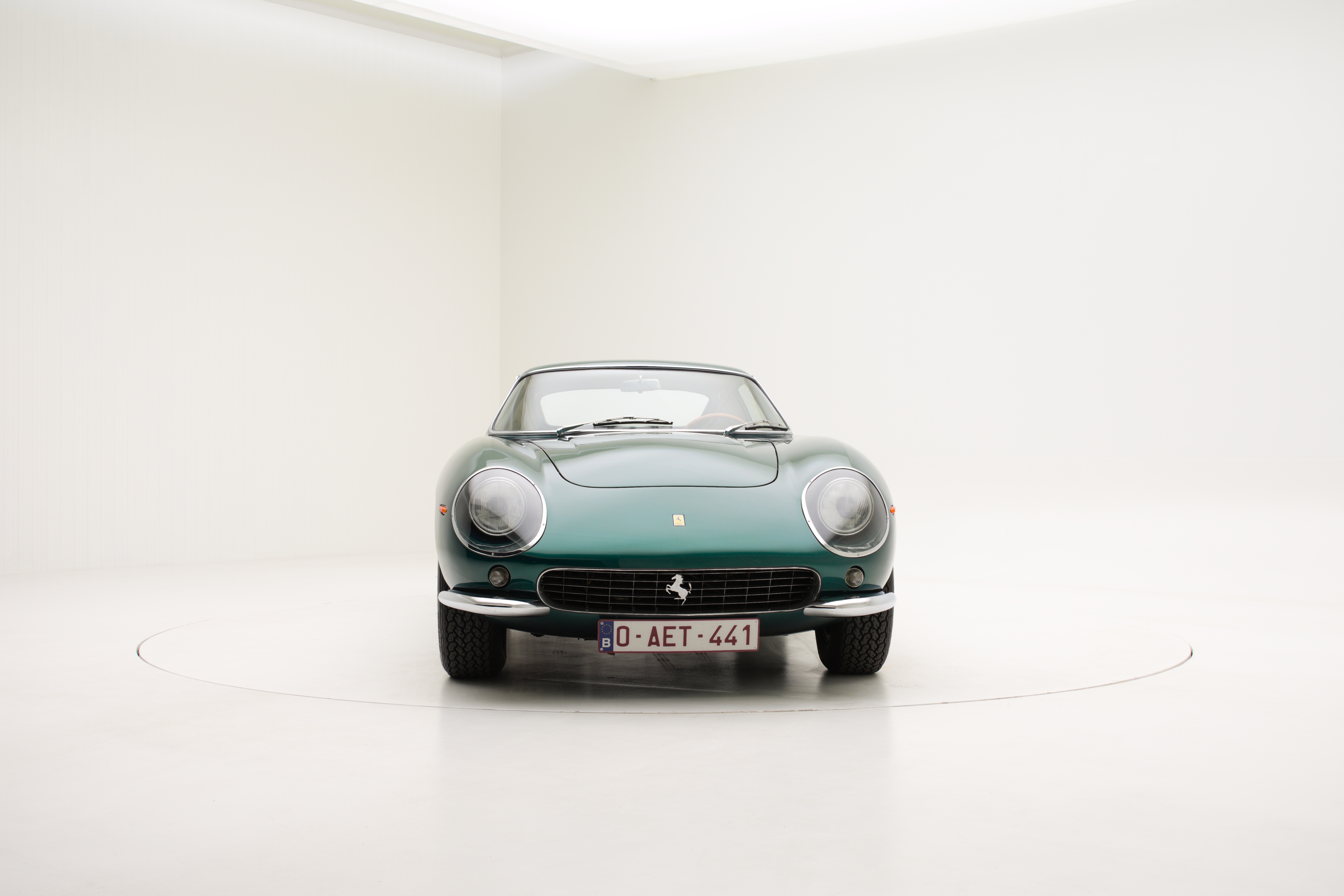 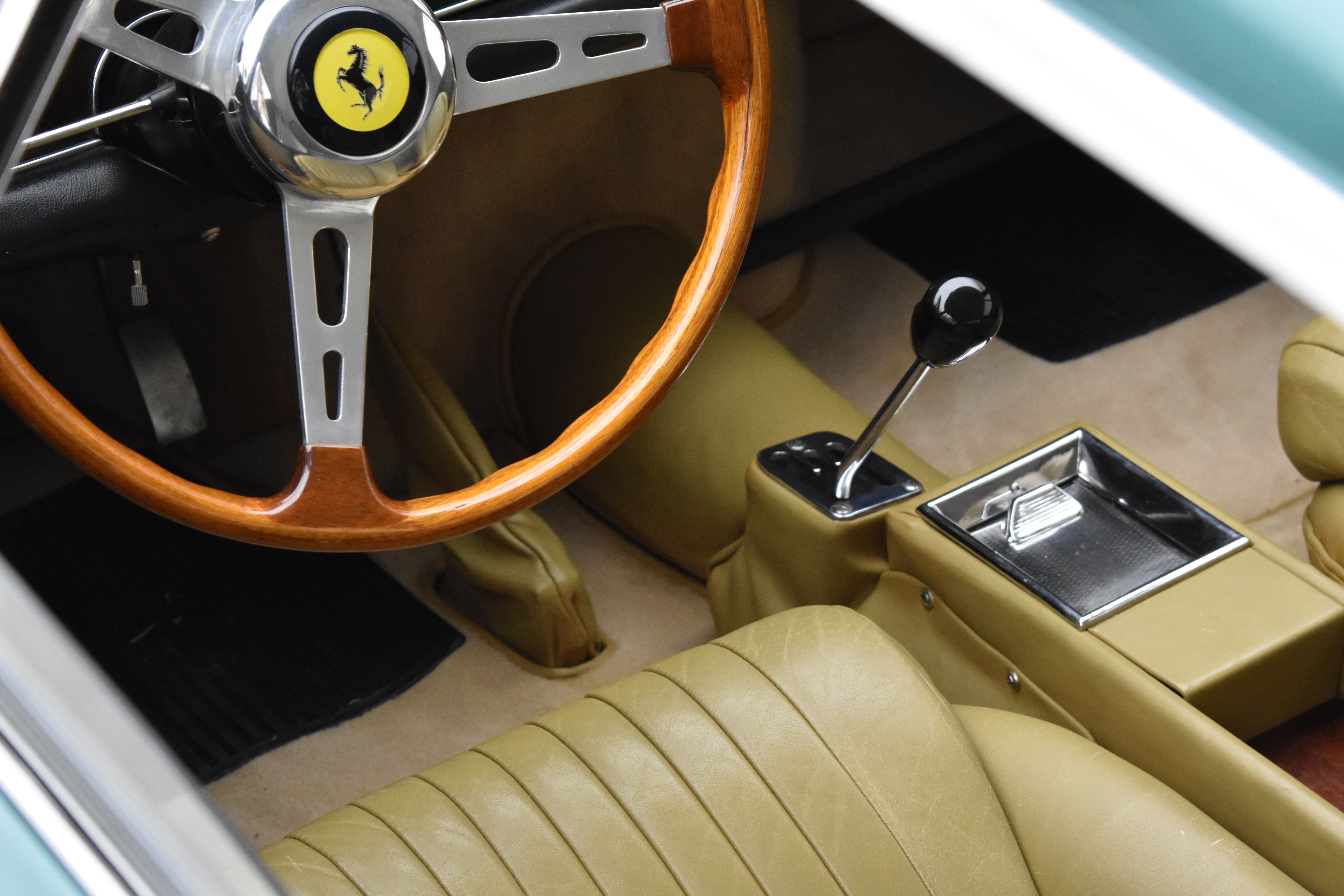 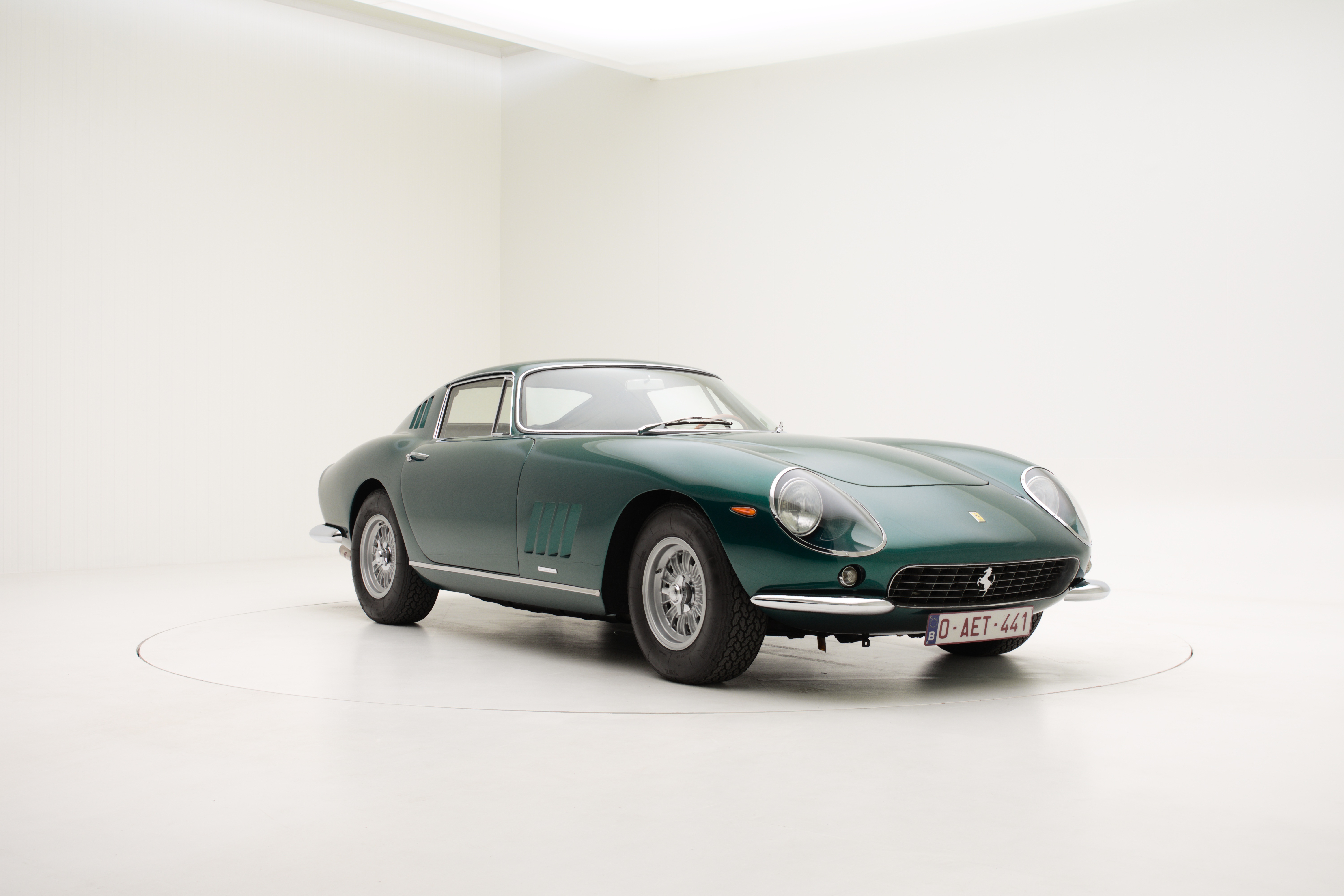 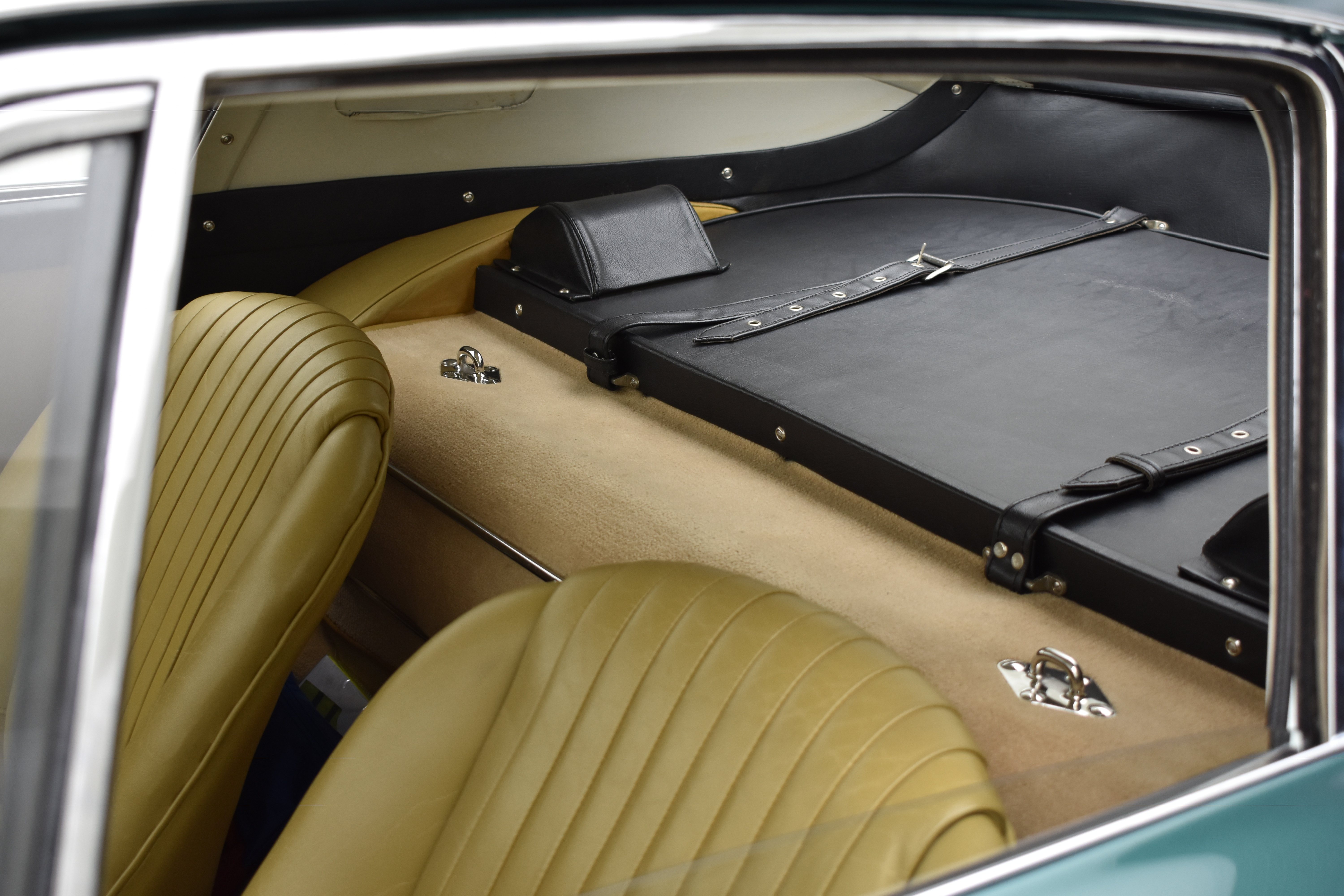 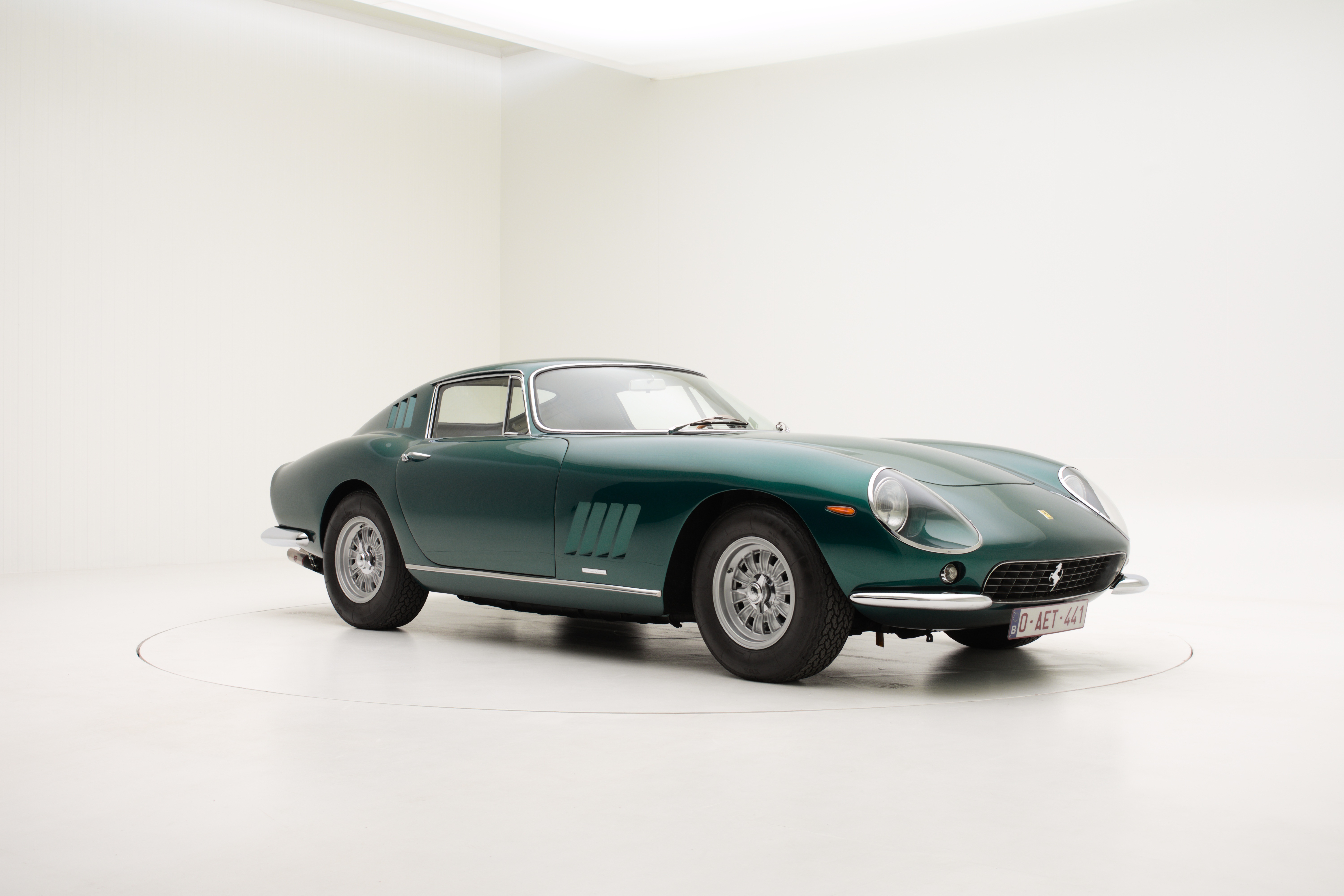 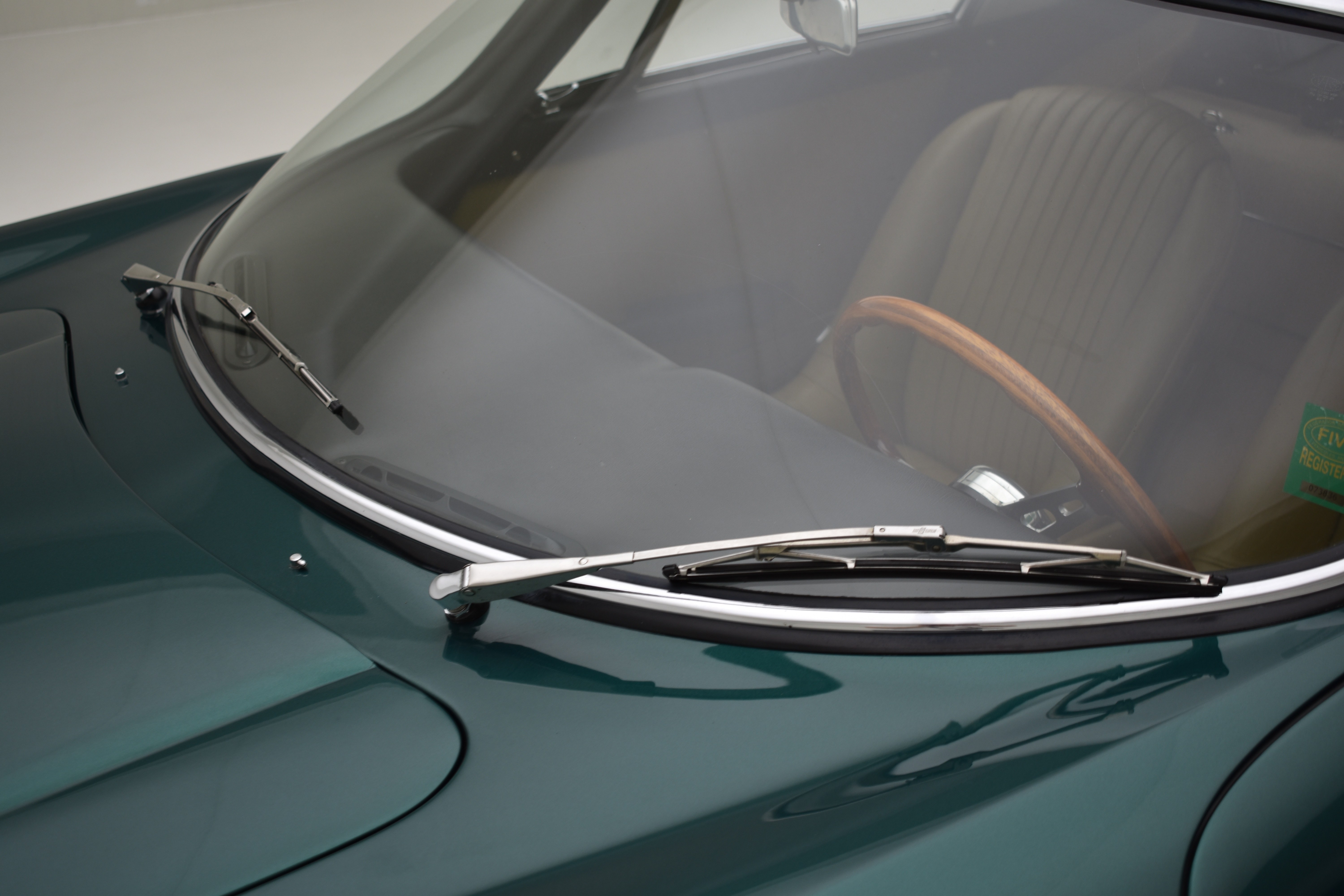 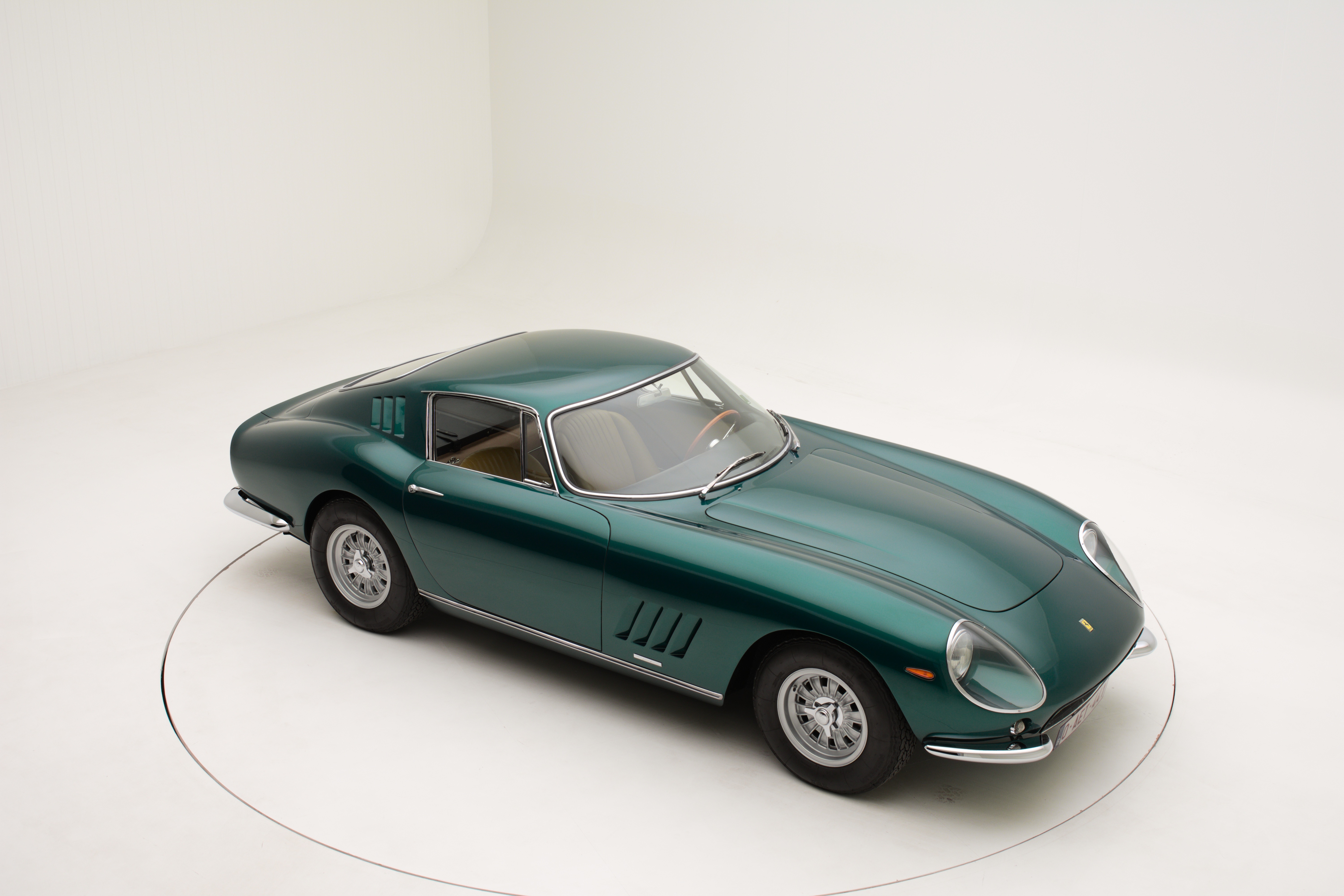 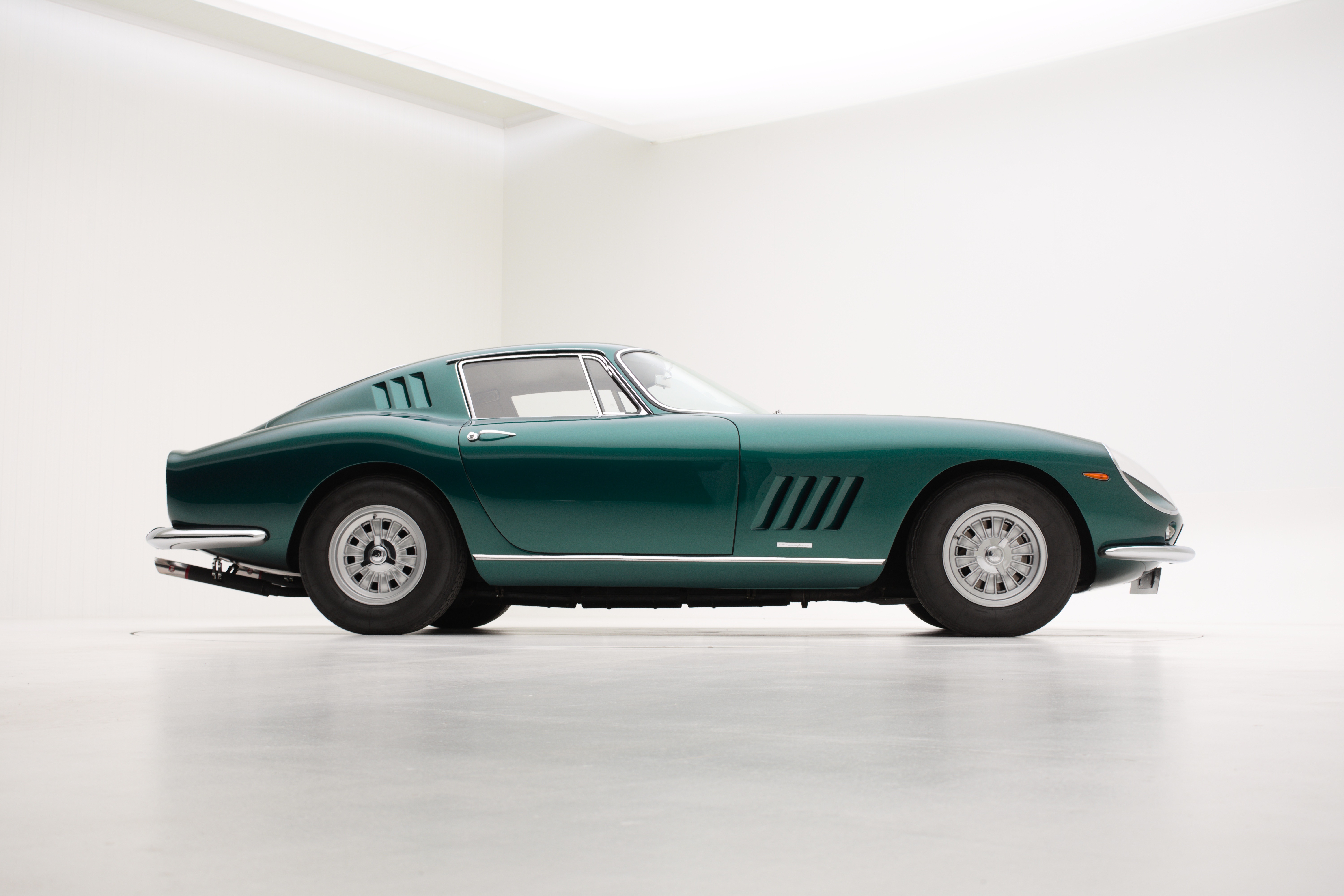 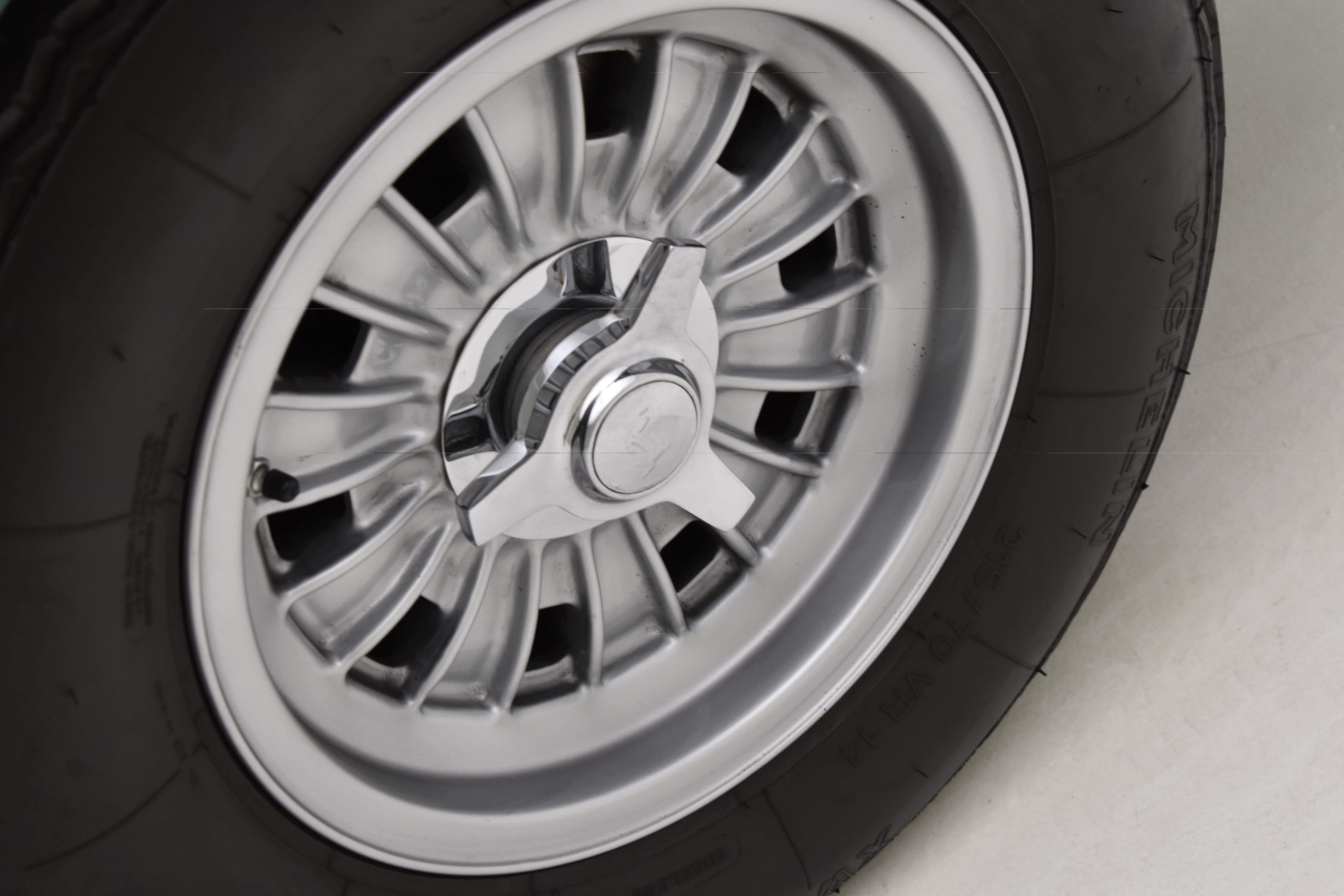 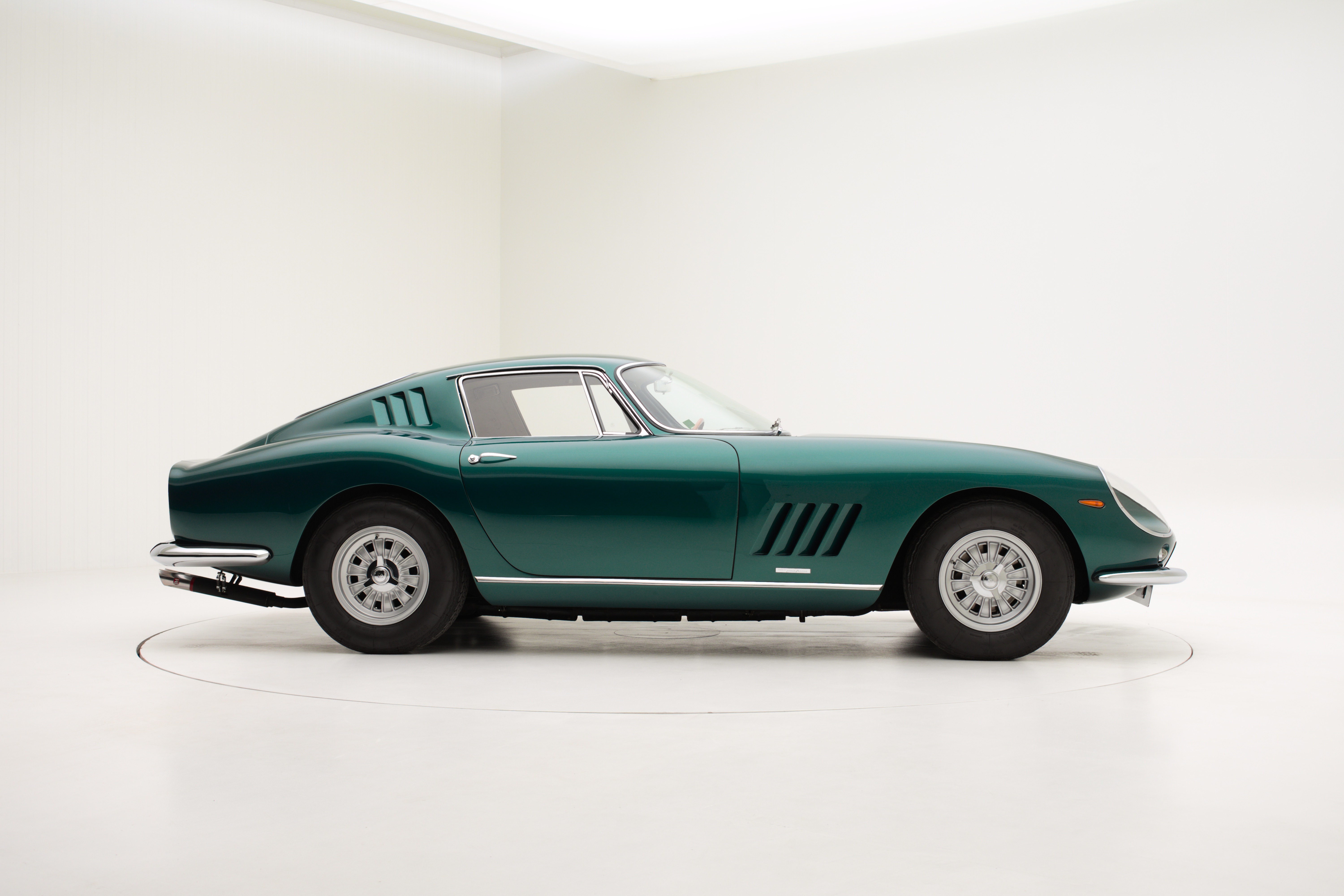 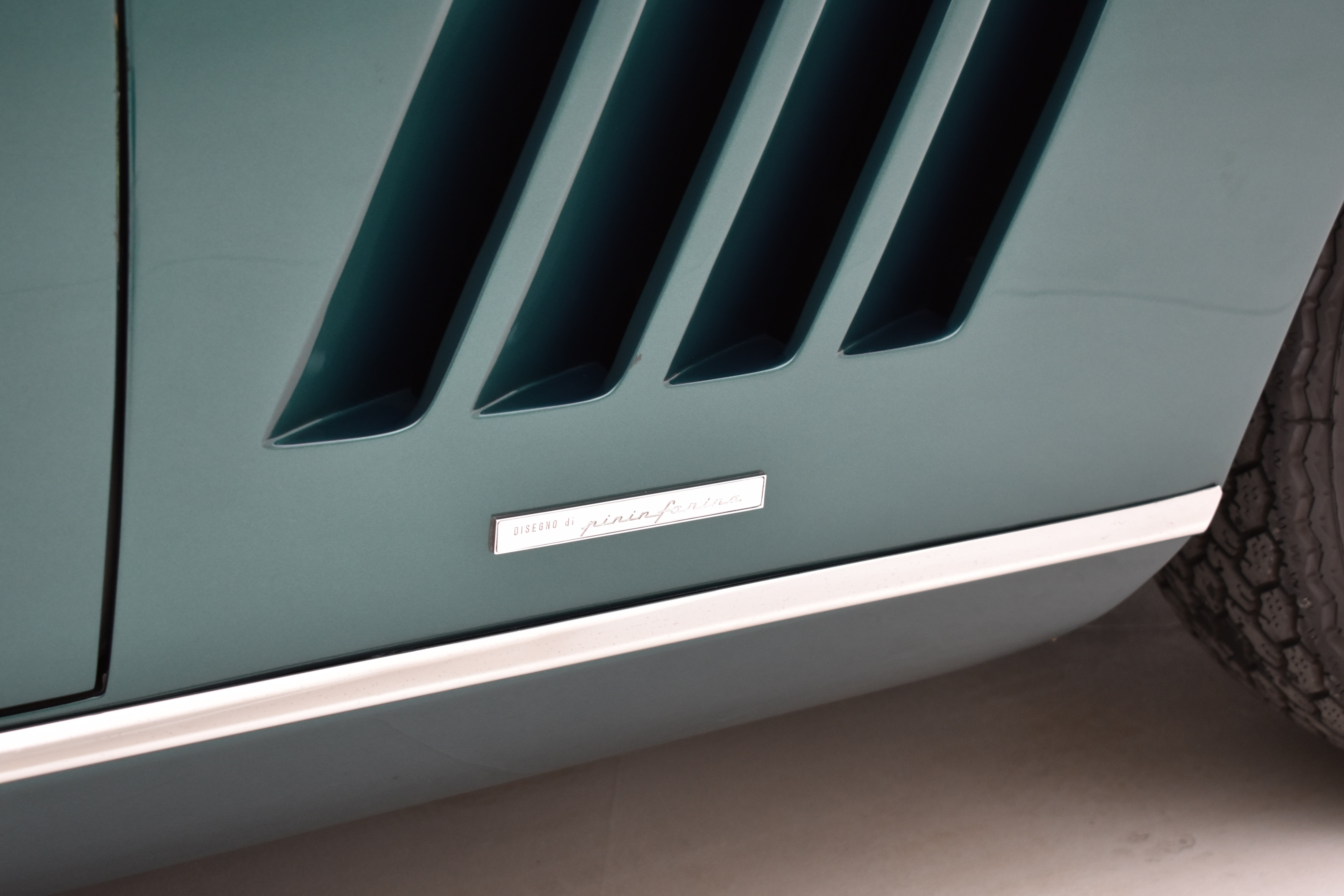 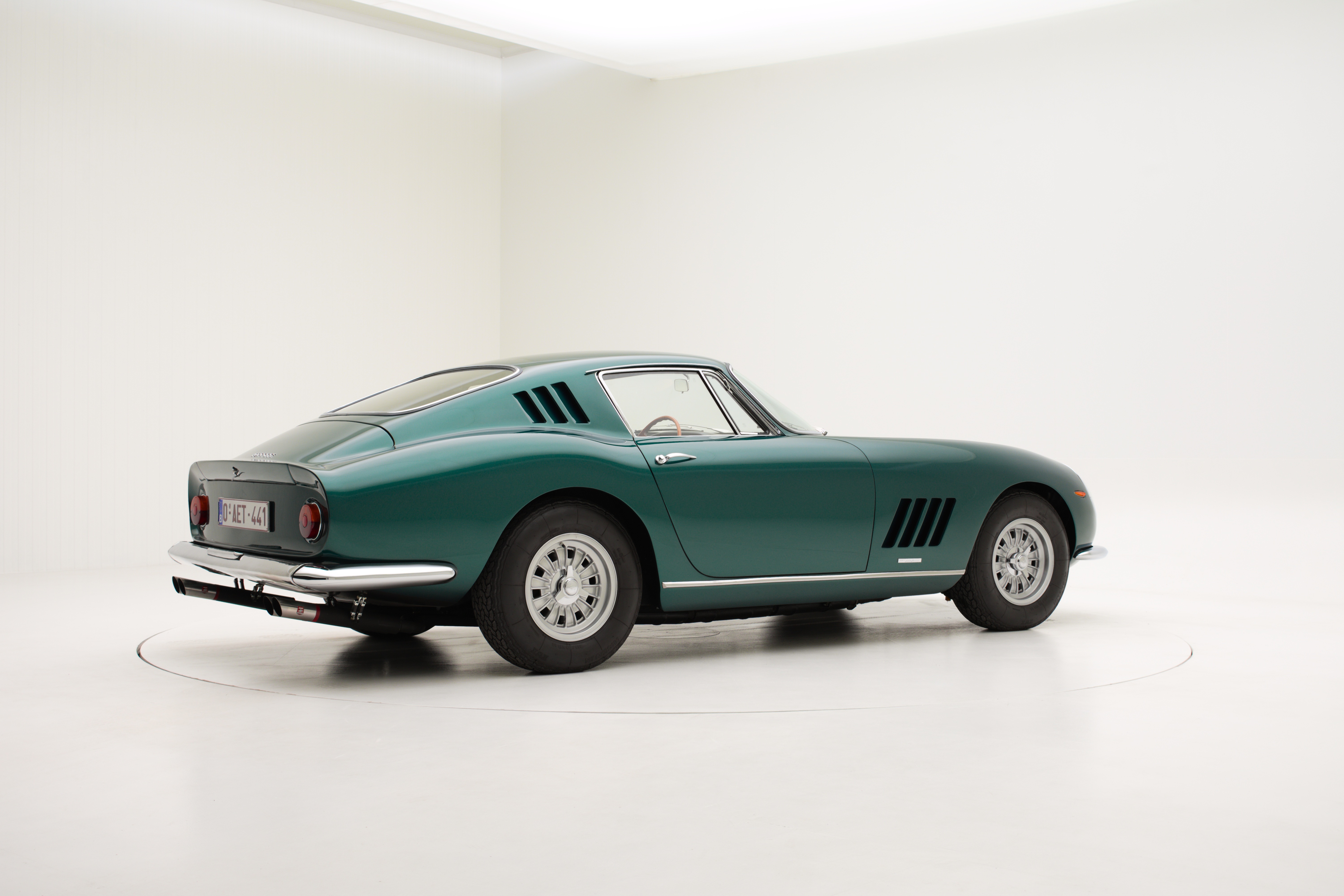 Originally delivered to the official Ferrari dealer Rugico of Madrid, Spain, in 1965, chassis number 07341 was born as a short-nose 275 GTB, finished in the lovely and seldom-seen colour combination of Verde Pino (106-G-30) over a Beige (VM 3218) Connolly leather interior. By 1966, the car had been sold to a resident of Switzerland and was registered on Swiss license plates 'GE 57243', according to Ferrari historian Marcel Massini. It returned back to the factory on 6 May 1966, where it was serviced and its odometer was recorded as showing 10,755 kilometres from new. It was acquired by Joaquim Folch of Barcelona, Spain, in August of 1989. By this time, the 275 GTB had been refinished in red with a yellow stripe and was pictured in the book Collector’s Garage wearing this livery. The car remained in his ownership until at least 2006, when it was certified by Ferrari Classiche; shortly thereafter, the yellow stripe was removed and the car was repainted red throughout. After leaving Folch’s ownership, the car was sold to the United Kingdom, where it was returned to its original colour combination. The car is accompanied by a file that includes its certification binder from Ferrari Classiche, as well as a handful of service invoices from DK Engineering and Joe Macari. One of Ferrari’s most beloved designs, the 275 GTB was perhaps the quintessential high-performance, grand touring car of the 1960s. Today, a well-maintained 275 GTB remains a staple of any world-class Ferrari collection. This particular example, in its original colours, with its original drivetrain, and boasting Classiche certification to its name, is now part of the private collection of a Belgian resident, Thierry Dehaeck.